14 upcoming Ascott properties to look out for around the world It will offer 117 one-bedroom apartments. Facilities such as a restaurant, bar, gymnasium and meeting rooms are available. Somerset Zhongmao Changchun marks Ascott’s maiden presence in Changchun, the capital and largest city of Jilin in Northeast China. It is surrounded by major corporations such as FAW-Volkswagen, Mazda, Alibaba Cloud and China CNR Corporation, as well as universities such as Jilin Agricultural University and Changchun University of Chinese Medicine. It is near the Jinyuetan National Scenic Area and a 30-minute drive to Changchun Longjia International Airport. The serviced residence will have 156 units ranging from studio, one-bedroom to three-bedroom apartments.

Located in the business centre of Foshan City, the 225-unit serviced residence will be part of an integrated development which also comprises residential and commercial spaces. It is right next to an MRT station which will also open in the same year. Mega shopping centres, commercial buildings and multinational corporations such as Volkswagen, Toyota, Honda, Toshiba, Coca-Cola, The Hongkong and Shanghai Banking Corporation Limited, International Business Machines Corporation, AIA and KMPG are in the vicinity. The serviced residence is a 15-minute drive to the Qiangdeng Lake Central Business District.

It will offer studio, one-bedroom and two-bedroom apartments. The property’s facilities include a children’s playroom, fully-equipped gymnasium, residents’ lounge, sauna and steam room, as well as yoga room.

Located between the modern metropolis Sheung Wan district and commercial district of Central, Citadines Central Hong Kong is a two-minute walk from the transportation hub connecting the Airport Express Hong Kong Station, Sheung Wan MRT Station, and the Hong Kong-Macau Ferry Terminal. The property is surrounded by an array of restaurants, bars and retail shops, and is within walking distance to prominent office buildings such as The Center, IFC and Exchange Square as well as popular nightspots such as Lan Kwai Fong and SoHo.

Citadines Central Hong Kong is designed with 42 units of studio and one-bedroom apartments. Guests will get to enjoy facilities including a breakfast lounge, gymnasium and function room.

Somerset Shajing Center Shenzhen is well-located in Shajing, which is home to the offices and factories of 2,300 manufacturing companies, of which over 300 are top multinational corporations such as Emerson Electric, Philips, Ikea and Toshiba. The property is a 30-minute drive from Shenzhen International Airport and a 20-minute drive from Shenzhen New Convention Centre, the world’s largest convention centre set to open in phases from Sep 2019. It is well served by surrounding amenities such as a mid-range mega family shopping centre and sits between the Shajing and Houting metro stations.

The 189-unit serviced residence will offer a variety of studio, one-bedroom and two-bedroom apartments. Guests can enjoy facilities such as a clubhouse, lounge, restaurant, gymnasium, children’s play area, meeting room, multimedia room, and sauna and steam room with jacuzzi.

Strategically located in the Hongqiao Central Business District of Shanghai, lyf Hongqiao Shanghai is a 10-minute walk from the National Convention and Exhibition Centre, one of the world’s largest exhibition complexes catering to an estimated nine million visitors annually. The co-living property is in the vicinity of China’s world-famous tech unicorn companies such as Alibaba, Vip.com, JD.com, as well as influential online companies such as Ctrip, Dianping, and Ant Financial. It is surrounded by several international schools, and a five-minute drive from the Hongqiao transportation hub comprising an international airport, a high-speed railway station and two metro lines.

lyf Hongqiao Shanghai is part of an integrated development that also includes retail and office components. The 160-unit property will offer a variety of studio apartments, as well as facilities such as a shared lounge area, multi-functional meeting room, social kitchen, launderette, e-sports themed fitness area and art wall.

With a prime location overseeing Frankfurt Main River in the city’s banking district, Ascott Riverpark Tower Frankfurt is within walking distance to the headquarters of global companies such as Deutsche Bank and Commerzbank Frankfurt Central Station, as well as tourist attractions Kaiserdom Cathedral and Römerberg Square. It is also a 15-minute drive to Frankfurt Airport. The 100-unit serviced residence will be part of a landmark integrated development that will also comprise commercial and residential components. It will offer facilities such as a gymnasium and spa. Frankfurt is one of the world’s top financial markets.

Taking on a Jenga-like structure and offering panoramic city and river views, Ascott Riverpark Tower Frankfurt would be designed by star architect Ole Scheeren, who is also behind the architectural design of CapitaLand’s residential project The Interlace that was named the ‘World Building of the Year’ in 2015. Citadines Paras Square Gurugram is located within Paras Square, strategically amidst the IT Special Economic Zone and premium residential projects. The Indira Gandhi International Airport is a 40-minute drive away, offering easy connectivity to business travellers coming to Gurugram. The serviced residence will offer 90 studio, one-bedroom and two-bedroom units. It is part of an integrated development with a retail area housing over 165 outlets.

Guests can enjoy a fully-equipped gymnasium, rooftop swimming pool and all-day dining restaurant. It is Ascott’s second property in Gurgaon city, after Ascott Ireo City Gurgaon which is slated to open later this year.

Somerset Mega Kuningan Jakarta enjoys a prime location in Jakarta’s Golden Triangle, the city’s main commercial and retail hub. The area is also home to Mega Kuningan Central Business District, which has more than one million square metres (sqm) of office space, offering a ready pool of corporate guests. Guests can look forward to a wide choice of food and retail options as well as cultural attractions in the vicinity.

The 168-unit serviced residence will be part of a development which will also house office, residential and retail components. It will offer studio and one-bedroom apartments, as well as facilities such as a breakfast lounge, residents’ lounge, children’s playroom, gymnasium, garden, swimming pool and function rooms. The property is close to various shopping malls in Jakarta such as Lotte Shopping Avenue, Kota Kasablanka and Kuningan City. It is Ascott’s 33rd property in Jakarta. The 131-unit lyf Fukuoka (tentative name) is near Tenjin, the major shopping and recreational centre of Fukuoka city. The purpose-built co-living property will be part of an integrated development which also comprises office and commercial components. The area appeals to tourists with its major malls and department stores, outdoor food stalls, vibrant nightlife scene as well as outlets selling branded items. Some popular malls include Iwataya, Tenjin Chikagai and Canal City Hakata. Guests can also check out the Imaizumi street which is lined with boutique outlets, as well as visit cultural attractions such as the Kushida Shrine, Uminonakamichi Seaside Park and Tochoji Temple. Nishitetsu Fukuoka, Tenjin-Minami and Tenjin train stations are a stone’s throw away from the property.

To reflect the vibrant start-up local culture and engage the creative community, the property will also be adorned with art pieces by famous artists in Fukuoka and Singapore. It offers studio apartments ranging from approximately 13 sqm to 26 sqm and facilities such as a bar, coworking spaces, communal spaces, laundromat and social kitchen. It is Ascott’s first lyf-branded property in Japan and its third property in the city.

lyf Raja Chulan Kuala Lumpur resides within the Golden Triangle, the capital city’s commercial, shopping and entertainment hub. Situated along Jalan Raja Chulan, the property enjoys easy access to other parts of the city given its proximity to transportation nodes such as the Masjid Jamek LRT Station. It is near companies from various sectors including finance, banking, media, creative, and consultancy. Coworking spaces and tourist attractions such as Bukit Bintang, Petaling Street and Central Market are also a stone’s throw away. It is Ascott’s sixth property in Kuala Lumpur.

Ascott’s fourth property in Pattaya, Somerset Blue Coast Pattaya, enjoys a convenient location right across Central Festival Pattaya, one of the biggest malls in town. It is surrounded by restaurants and within walking distance to the beach and buzzing entertainment area. It can tap on demand for accommodation generated by MICE activities from Thailand’s Eastern Economic Corridor. The property offers 324 units, ranging from studios to two-bedroom apartments. Function rooms can cater to corporate travellers seeking venues for meetings and events.

Meanwhile, family travellers will appreciate facilities such as the swimming pool, children’s playroom and gymnasium. This is the fifth property that Ascott will be managing on behalf of Ananda Development, one of Thailand’s top listed developers, under a strategic alliance. Located in the Al Aziziyah district, Citadines Al Aziziyah Al Khobar enjoys great accessibility to recreational and leisure options along Half Moon Bay, a popular beach destination. It is along King Khalid Road, Al Khobar’s main artery, and near the King Fahd Causeway connecting Saudi Arabia and Bahrain. The city is also home to the world’s largest oil company, Saudi Aramco. A wide choice of eateries and supermarkets are available in the property’s vicinity. The 92-unit serviced residence will offer a range of units including studio, one bedroom, and two-bedroom apartments as well as a penthouse.

Guests will get to enjoy facilities such as a residents’ lounge, swimming pool and gymnasium. It is Ascott’s third property in Al Khobar. 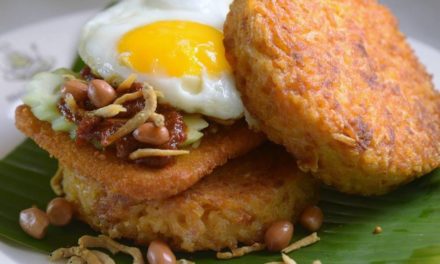 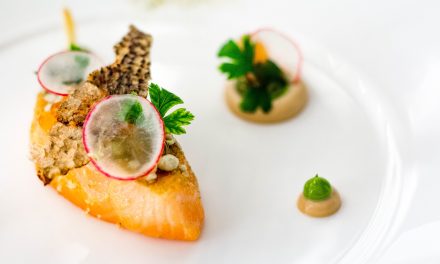