Indonesian authorities have chosen to close Komodo Island to tourists due to the frequency and alarming number of komodo dragon thefts that have been happening, which could impact the dwindling population of beasts on the island.

According to a report by the Washington Post, Komodo Island is reportedly being shut down in January 2020 due to the high volume of komodo dragon smuggling incidences. The animals are reportedly coveted for crack medicinal purposes.

While the announcement for the closure was released on March 29, mentions of the event happened as early as January, according to Indonesian newspapers. The shutdown would allegedly happen for one year so that the officials in East Nusa Tenggara, Indonesia’s southernmost province could grow the population after the widespread thefts that have been happening.

The same report said that one of the beasts could fetch up to $35,000 on the black market. Komodo dragon blood could also be the latest alternative medical craze, with media relating it to the previous demand for rhino horns as an aphrodisiac.

Komodo Island, however, is not the only place where people can get to see the animals. Komodo National Park is made up of three islands, and there is one another that features the animals.

According to the WAshington Post, “Nine men were arrested on suspicion of selling more than 40 Komodo dragons for about $35,000 each, local police told Tempo. Officials said the reptiles, which are the largest known species of lizard in existence and only found in the wild in East Indonesia, are “usually” sold to Asian buyers.”

In a different reports from the Washington Post, the komodo dragon is said to have been around for hundreds of thousands of years, and are very closely related to extinct dinosaurs. Researchers have also begun studying the animals, because despite having a myriad of deadly bacteria in their mouths all the time, they survive for a hundred years, even if they don’t breed as quickly.

The reptiles are terribly fatal to other species, though, and that one nip or lick from their tongue could transfer a deadly amount of pathogens. They were able to survive because of the unusually high amount of antimicrobial peptides in their blood, which lets then survive despite the bacteria party in their mouths.

Some researchers say, though, that harnessing the power of the dragons’ blood isn’t going to be as easy as the people buying the animals think, even in laboratories. Still, with the closure imminent, it’s not a guarantee that people would stop poaching the animals–only that the market price for them would go even higher.

While the closure could certainly help the dragon population, the loss of tourist revenue from the biggest island in the park is the next concern for Indonesian authorities. The local authorities and towns depend on the tourists who come to the islands to specifically see the komodo dragons. The year-long closure could mean that the local economy could suffer, and people would be out of jobs and income. you’re As Singapore is his first and only music showcase this year, Bii (毕书尽) naturally had much expectations…
byCarrie Er

From visionary director Tim Burton, and based upon the best-selling novel of the same name, comes an unforgettable…
byalvinology 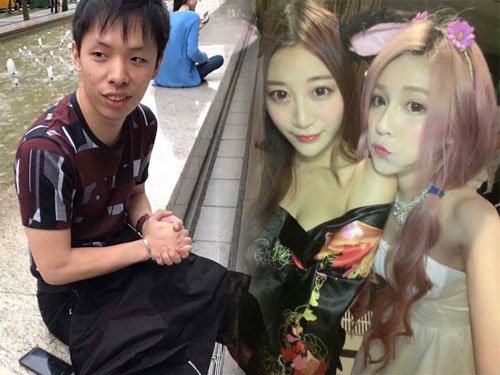