Klook reports double-digit growth in page views of television and movie-inspired activities from February 2018 to February 2019. In celebration of die-hard fandom travel, Klook offers some of the world’s most inspirational screen-lovers experiences and invites viewers to live a fantasy of their own:

Klook releases three new Game of Thrones-themed experiences in Dubrovnik in 2019 in time for the final season to hit screens on 14 April. As a UNESCO World Heritage site, it’s easy to see why the show’s creators gravitated towards Dubrovnik’s Old Town as its setting for King’s Landing.

The culturally-rich medieval town hosts the show’s main plotline, the Iron Throne, and relive some of the series most crucial moments including Queen Cersei’s walk of atonement.

Game of Thrones Filming Locations Tour – takes fans through the halls of the Lovrijenac Fortress, the Trsteno Arboretum and the Lokrum Island.

Cruise and Walking Tour – allows travellers to embark on Daenerys Targaryen’s ship upon the Adriatic Sea with a Dragon Blood cocktail in hand.

Cathedral, Alcazar, & Giralda Guided Tour – takes fans to the fantastical world of the kingdom of Dorne. Known in the real world as Seville, the tour includes a visit to the home of the House of Martell. Lake Mývatn Hike and Bath Tour – a trip to Northern Ireland allowing guests to see the Grjótagjá Rift – the includes a visit to where Jon Snow took a faithful leap to break his celibacy on a romantic rendezvous with Ygritte. Another popular movie series drawing hordes of fans to filming locations are the pop culture legend of Harry Potter.

The Harry Potter Walking Tour – Potterheads can step into iconic places such as Diagon Alley, Platform 9¾, and the Leaky Cauldron in London. Warner Bros. Studio Tour London – feeds the fans’ curiosities on a full day adventure and an in-depth look into the costumes and behind the scenes of the movie production. The popularity of Korean dramas has seen a positive pick up on locations featured: Wanderers can reminisce the scenes from You Who Came From The Stars, Dae Jang Geum, Jewel in the Palace, Secret Garden, Winter Sonata, and My Love.

Several of these destinations can be hard to access via public transport, so Klook a day trip there that includes round-trip transportation.

The ArtScience Museum at Marina Bay Sands is currently showcasing Mummy: Secrets of the Tomb – an exhibition featuring…
byalvinology 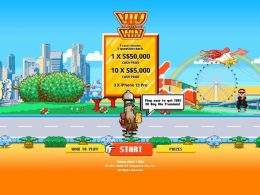 I brought my wife and 21-month-old son, Asher on board Royal Caribbean’s Mariner of the Seas for a 4D3N…
byalvinology