Superstar Mahesh Babu, together with Madame Tussauds Singapore, unveiled his first and only wax figure in AMB Cinemas.

The launch was shared with more than 300 guests, including Mahesh’s family and friends. In the afternoon, 200 fans had a chance to take selfies with the statue, before it goes back and joins Madame Tussauds Singapore – the home of other A-list icons, the IIFA Award Experience and the new upcoming Ultimate Film Star Experience, launching 1 April 2019.

The award-winning actor, in his delight, said, “I am overjoyed for the honour and this is a moment to cherish. It is such a remarkable experience seeing my happy fans posing for selfies with my wax idol. I can’t wait to share my statue with everyone and hope my fans who visit Madame Tussauds Singapore will also take more snapshots with me!” The event was supported by the Singapore Tourism Board – “Indian cinema has had a long history with Singapore as filming location that can be traced back to 1960s. We feel excited as well as honoured to host some great figures from the Indian cinema in Madame Tussauds Singapore, which is gaining its popularity as an attraction in the city especially among our Indian travellers.

“With all the unique Bollywood figures they already have and now unveiled Tollywood star Mahesh Babu, it will be a treat to our audience not just from South India but also globally,” said Adrian Kong Area Director of Mumbai.

Mahesh Babu is highly regarded as one of the finest actors of Indian cinema and he received a number of accolades for his cinematic contributions on screen. His wax figure is a new addition to the International Indian Film Academy (IIFA) Awards Experience at Madame Tussauds Singapore, joining other Indian stars like Amitabh Bachchan, Shah Rukh Khan, Kajol, Aishwarya Rai, Madhuri Dixit, Kareena Kapoor, Anushka Sharma and more.

Along with the unveiling of the wax figure, Madame Tussauds Singapore also revealed their upcoming new zone, the Ultimate Film Star Experience. This new attraction will give guests a chance to audition for a leading role as they act, dance, and star alongside superstars of Indian cinema surrounded by interactive technology, including Madhuri Dixit and Kareena Kapoor. Circles.Life offers self-collection of SIM cards at five post offices–for those who can’t wait or have no one to receive at home

If only our pets could receive SIM cards in the mail. At least now there’s a better option!…
byDanielle Ann Why Apple Users Will Love PhotoFast? 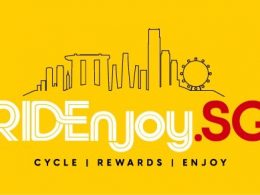 If you are doing your Christmas shopping now, Dyson has got you covered. You can get a gift…
byalvinology