Lerine Yeo is the newest Singaporean internet celebrity that has videos viewed more than a million times–but she isn’t just like any online celebrity.

Usually, bloggers and vloggers gain fame for something then end up marketing or selling a brand. But for Lerine, also known as S-Hook Lady, the selling (and selling out) came first, and she got her big break because of her marketing skills.

Thanks to her super-amusing and effective videos for selling a “designer T-shirt” that allows you to go hands-free thanks to hooks on the fabric, she’s signed a 2-year contract with Mark Lee, and has even convinced other YouTube celebrities like Maxim Brady to buy from her.

She’s sold out her “designer shirts” and is working to fix her backlog, and she feels very thankful for people who have bought and supported her.

What does she say about her rise to fame?

Despite the fame and the sudden virality of her content, Lerine seems to still be the same seller who charmed us with her amusing 12 o’clock boxer shorts and luncheon meat puns.

She says in her interview with Asia One that she hopes her parents are proud of her now, and what she has achieved.

“I want to take this rare chance to tell my parents that I hope this once, finally I have done something to make you proud.” she said.

To the people who have supported her and her business, Lerine is very thankful, even going so far as to say,

“WOW, fans. I dare not think of that but I would really like to take this chance to thank all my MISSHOPPERS first.

“To those who like me, thank you. I spent each and every night before I sleep reading all the comments. I’m thankful for the encouragement and kind words.”

But of course there are the detractors that also say, “To those who dislike me, it’s okay. I am nothing special but I hope that even if my personality doesn’t attract you, somehow my clothes will.” She said that her journey hasn’t been easy and that she’s faced common problems that most sellers face.

Dealing with impatient customers is just part of life as an online seller. “The backlog after each and every livestream. My team has only three people, including myself. Packing, sorting, and all the backlogs can be overwhelming.”

Usually the biggest enemy of anyone selling online through Facebook is the non-paying customer. These people could do anything from ignoring payment reminders to sending fake proofs of bank transfer or even cancelling transactions.

Aside from that, she had just as many detractors as supporters. She’s experienced a little identity theft, with some people impersonating her online and even copying her online shop and name. These fraudsters have scammed netizens using her name, and she’s had to deal with some of the consequences.

She said, “When my humble business started to pick up after three months and viewers increased, people started attacking and smearing me. During that period, I was really affected. I bled and recovered, recovered and bled again and again.”

Lerine is clearly someone who’s worked hard as an online seller, and has enjoyed quite a lot of fame in the process! We’re rooting for you!

What do you think about Lerine and her reputation as the S-Hook Lady? Let us know in the comments. 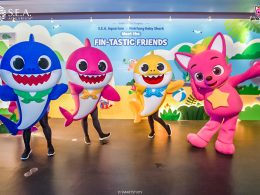 Children can meet and have fun with Pinkfong and Baby Shark as they visit the Fin-tastic Friends at S.E.A. Aquarium!

From now till 25 August, fans of the much-beloved Pinkfong, Baby Shark and the Shark Family will be…
byIrone Kim 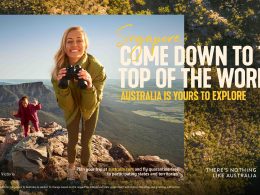 With quarantine-free travel for fully vaccinated citizens from Singapore to Australia commencing from 21 November, Tourism Australia is…
byIrone Kim