Jameson Blake can now count himself in the club of people who got free publicity, thanks to awful celebrity behaviour.

The Filipino dancer, actor, and Pinoy Big Brother ex-resident tweeted to his followers that he was looking for someone to do a “simple graphic” for a brand named Lucid Express, and that he would appreciate the effort with a “shout-out.”

Basically, he was asking for a free graphic, and all he was offering in return was a mention on his Twitter. He has 341,000 followers. And here, are the expected, but the polite responses to his little stunt. He insisted that he’d appreciate the effort and wasn’t looking for anything mind blowing.

Here are what his supporters have to say (and is the only post on the matter Blake retweeted:

The supporter basically said that Jameson’s “shout-out” had value and that it would help the graphic designer or creator be known to other people, since Jameson was a celebrity.

But Blake doubled-down and insisted that he was obligating no one to do the graphic, and that his “shout-out” should be enough. At this point, I think he was under some illusion that his reach and social media engagement had any value for graphic designers or creators. Soon, people started contributing, since Jameson said he would choose the best one. So if you look at this, he actually gets a lot of other graphics, and only mentions one creator.

Finally, someone actually agreed. He posted the person’s work with the promised shout-out. Take a look here. 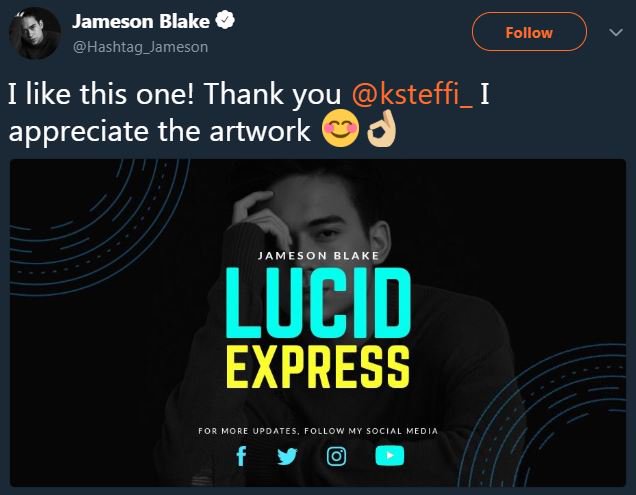 But social media and the internet community wouldn’t let him get out of this unscathed, so the graphics kept coming, more and more creative each time. Some even using “old school” techniques in creating graphics. I bet Jameson wasn’t even around when WordArt was a thing.

I made a little something pic.twitter.com/SO1OpgjbVu

After media furor (an industry with a lot of graphic designers) wouldn’t abate, Jameson issued an apology:

He says he did not intend to look down on graphic designers or their work, but he didn’t pay the artist. He also said that his shout-out would have probably done nothing–so he admits to paying nothing for the design?!

Pay artists for their work

Blake has added himself to the list of celebrities, brands, and entities who think that their social media reach, followers, and engagement can actually be quantified. They say that exposure on the celebrity’s wall can mean gigs and projects from future clients, but how reliable is this method in getting projects?

The last time I checked, he’s a minor celebrity, a former housemate on Pinoy Big Brother, and a dancer and an actor on one of the biggest channels in the Philippines. Will his audience of female (and male) teenage fans pay or need graphic design services?

But this sort of behaviour isn’t restricted to Blake. Even A-list celebrities are guilty of this, but you can always argue that millions of followers who can buy merchandise are a better audience.

Graphic designers use their work to pay their bills and sustain themselves. Why does this guy think he’s a big enough celebrity to equate a shout-out with bills paid and food on the table for the artist?!

You ain’t no Kylie Jenner

No matter how you feel about the Kardashians and Jenners, you cannot discount the power of their social media reach and engagement. Kylie ‘s tweet about Snapchat sent the company’s stock price tumbling–is that the kind of “exposure” Blake was promising?

The last time I checked, Jameson Blake wasn’t part of the Kardashian Klan.

Even if he said that he wasn’t “obligating” anyone, his attitude and the subsequent fulfilment of his request, harms the graphic design industry, cheapening the work and the creativity that professionals command.

Only the artist can offer their services for “free”

Artists, creators, and designers are the only people allowed to slap a “free” sign on their work. You don’t get to ask them, they only get to offer.

This is because they know how many hours, how much skill, and how much effort they put into their work. If they love you or care for you enough to give it for free, then lucky you.

What’s funny here is, thanks to the massive flak Blake has been getting, he took down the post soliciting the design! So where’s the designer’s exposure now?

And in the end, it’s also tacky, and his non-apology and refusal to pay can only mean he doesn’t have money to pay for his own marketing, nor the adequate respect for creative work.

What do you think? Is a shout-out enough compensation for a graphic design project no matter how small? 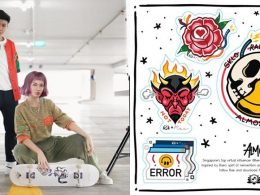 Earlier in March, I was in Paris to attend the global launch of the much-anticipated HUAWEI P20 and HUAWEI P20 Pro at…
byalvinology