Vietjet welcomes two new routes and adds them to its “Free up your summer with Vietjet” promotion where one million tickets will be available for as little as $0 (*). 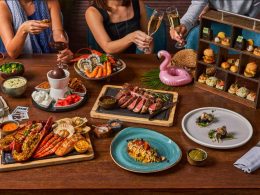 HMD Global, the home of Nokia phones, brings the classic snake game up to date with augmented reality.…
byDanielle Ann

Purifiers come in various shapes and sizes, remove different kinds of air pollutants in your homes, come with…
byIrone Kim

As the year ends, food delivery service Deliveroo takes a moment to reflect on the food highlights of…
byIrone Kim