Reports say that he was convicted of being a member of an unlawful society twice and has two other charges under consideration.

How did he pull it off?

According to reports, the accused is a Senior Staff Sergeant assigned to the Ang Mo Kio Police Division and was arrested in November 2016.

In 2001, he put up Team Nitra Racing or (TNR) in 2001. While Umar had allegedly told new members to avoid fighting and illegal racing, he asked a headman at the SGHSS for his biker gang’s affiliation with the other gang.

The transaction would cover protection for the biker gang and additional manpower for the SGHSS.

He got caught when a video where men were shown to be shouting gang slogans during a Male wedding. During the event, there were motorcycle helmets on display from TNR and one of them had Meng Jiang written on it, which translates to a position known in SGHSS.

The position is known as “fierce general.”

Investigations lead police officers to Umar, and his personal devices were examined. Several photos of Umar were found on the devices showing him in poses with gang-related hand signs.

Authorities also found several helmets and shirts with gang signs on them in his home.

SGHSS has a bloody history, especially in the 1950s and 1960s, where they were involved in robberies, kidnappings, and clashes with other gangs.

2002 saw the SGHSS assistant headman detained for possession of weapons, extortion, rioting, and recruitment of people into secret societies.

What is his sentence?

While the prosecutor is asking for a year’s jail time, the defence cited that other gang members only received a few months of jail for the same offences.

But the argument against the lighter sentence came from the fact that Umar’s position as a police officer and a gang member changed the narrative, and legitimised gang activity.

What’s more, Umar knowingly created more gang members by affiliating his biker gang with SGHSS, when he knew that being part of secret societies was illegal.

The defence stated, however, that Umar was not part of any illegal activity other than actually being a member of the gang.

What do the police have to say?

As details of the case were revealed and questions about the credibility of the police have come to light, the Singapore Police Force or SPF has released a statement to Yahoo News Singapore that said,

“Notwithstanding these measures, we recognise that we may not always detect the adverse background of all the applicants, such as in this case. SPF has also reviewed our screening processes to minimise the possibility of similar cases from falling through the gaps again in future.”

What do you think of this turn of events? Do you still trust the SPF? Let us know in the comments! 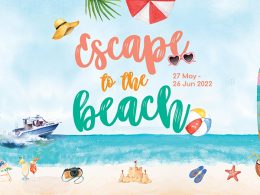 This June school holiday, the Malls of Frasers Property have prepared a wide range of activities from now…
byIrone Kim In 2009, the Pink Dot movement in Singapore was granted permission to hold its first outdoor rally ever.…
byAsia 361

Plugging this for MARUAH, a human rights NGO based in Singapore. More information on MARUAH can be found at www.maruah.org or their facebook…
byalvinology
Power up your child's learning with Geniebook.
Sign up for free demo
This is default text for notification bar
Learn more