Man was punched by Grab driver and had his teeth knocked out!

According to a thread on HardwareZone and an article on Zaobao, a Grab driver apparently punched a rider and knocked 4 of his teeth out!

Here’s a rough translation of the Zaobao article:

Mr. Henry He had brought his child to his Grab ride without giving the driver a heads-up and the child was shorter than 1.35m, where children under 1.35m require booster seats or child restraints under the law. Although taxis are usually exempt from the law, Grab drivers are required to abide by it. The driver had refused to fetch him and requested for Mr. He to cancel the ride, which ended in a physical dispute. Details of the Incident

Reportedly, the incident had taken place on 12th May at around 11.50am at Block 727 Yishun Street 71’s carpark. The incident later went viral online and caught the attention of netizens.

“I rarely take Grab rides with my children, so I didn’t know I needed a child seat,” he said. “I assumed that the driver would cancel, but it was such a shock when the dispute escalated and he punched me.”

He had been with his wife and 2 sons (5 and 8 years old) at that time and had hired a Grab to bring the family out for an outing. After the Grab driver had refused to let the family onboard and drove off, Mr. he had called a new Ryde private hire and was about to leave when the Grab driver returned to the venue and prevented them from leaving.

Reportedly, the Grab driver did so as he believed that Mr. He had not cancelled the Grab ride yet. Mr. He rebuked by saying that he had not had time to cancel the original Grab ride and this started a conflict which turned physical.

The Grab driver’s punch to Mr. He’s jaw then knocked out 4 of his teeth and he called the police on the spot. the Grab driver reportedly then made an attempt to flee the scene as the police arrived.

After the incident, Mr. He was told that he would require dental implants and surgery to fix his fractured teeth, which he estimates would cost up to $30,000.

“I can’t talk or eat well, and the pain has given me a lot of discomfort,” he said, adding that he continues to take painkiller regularly. It has also affected my interactions with others, especially at work.”

Grab actually offers GrabFamily rides for an extra 2 dollars to ensure that families get a safe ride to their destinations. These cars under the GrabFamily scheme are equipped with child seats or booster seats that can be utilised.

Some netizens tried to explain the incident, alluding it to Grab’s policy of having to pay for ride cancellations.

Other netizens sided with the driver and blamed Mr. He for being too ignorant or cheapskate. Some also blamed Grab for being stingy with their prices and making rides with carseats more expensive.

A netizen also shared the Grab driver’s side of the story: 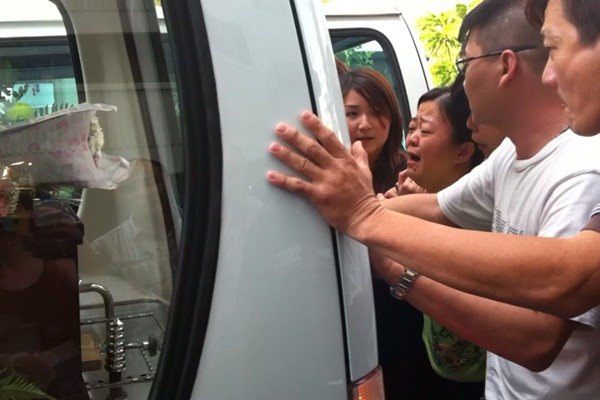 In the wake of StarHub’s and M1’s launch of unlimited data plans, Singtel had been surprisingly quiet over the past…
byStaff Writer

The Embassy of France in Singapore, in partnership with Shaw Organisation, announces the launch of the Singapore French…
byIrone Kim

Forgot Father’s Day? Us too. Fret not, help is at hand. With Amazon Prime Now in hand, you…
byDanielle Ann