Man gets fired for wearing shorts to work in Shanghai?

Sohu, a Chinese news website, had reported on this interesting work dispute this morning. The article goes roughly like:

Wearing shorts to work now leads to getting fired? The Hongkou Court in Shanghai recently had to deal with such a strange dispute. However, the judge had reportedly told reporters is that such a unique case has surfaced due to the restructuring of office norms and rules.

Mr. Jin had entered the company in 2016 and he had reportedly been fired for a range of reasons including using his phone during office hours as well as wearing shorts to work after continuously being warned. In the end, the company lifted his labour contract.

Mr. Jin is quoted as saying (in Mandarin) “Wearing shorts to work does not go against Article 25 of the “Labour Law” and me being fired is illegal.”

On the other hand, according to the company, the Human Resources department had ensured that Mr. Jin was aware of the company discipline and rules and that he had signed a contract that stated his approval of such rules.  Mr. Jin had violated the rules 3 times and thus his firing was supposedly in line with company policy.

After being fired, Mr. Jin had taken the court to request that he be compensated accordingly with a sum of 25,000 yuan. In investigating the case, the court has stated that due to the complex relationship between laborers and employers, such disputes are hard to clarify.

The judges also reportedly mentioned that in such cases, the most difficult to handle would be those in emerging industries such as disputes between online platforms and drivers as compensation would be complicated by rewards and subsidies.

What exactly is appropriate work attire?

Such a case may lead some to wonder, what exactly is considered appropriate work attire? After all, with more and more millennials entering the workforce, the dress code in office can be said to be noticeably less formal in the recent years. For example, some millennials even wearing sweatpants or ripped denim jeans to work instead of business suits and formalwear.

However, while some in the older generation may not approve of the increasingly lenient dress codes, many big organizations have embraced such a change. For example, JPMorgan Chase in the United States of America sent out an internal memo to their employees in 2016 about the company embracing “business casual” attire.

This concession can be attributed to the desire of companies to hold on to or attract young talent. Furthermore, some companies could also be turning towards less stringent dress codes to reflect a more vibrant work industry. Amid the economic uncertainty, 14 social enterprises (SEs) across the region have been able to support lives and…
byIrone Kim 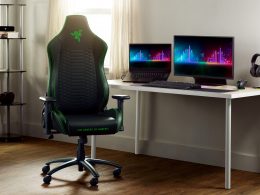