Vivo, a global smartphone brand, has announced during its product launch at Marina Bay Sands Expo and Convention Centre on 2nd May that Singapore will be the first in Southeast Asia to retail the X21 flagship smartphone!

The X21 promises users a brand new and futuristic unlocking experience with the industry-leading In-Display Fingerprint Scanning Technology. The rear fingerprint sensor, which is featured on older models of Vivo phones, is replaced by this very technology which enables the phone to maintain a sleek and unified design. One simply has to press on the screen (when necessary) to unlock the phone, making the process a fuss-free and intuitive one.

There are also thoughtful features such as facial recognition technology with Face Access that scans users’ facial features for enhanced security.

For one, the X21 is equipped with an enhanced camera that promises high quality photographs and selfies! The X21 has impressive specifications (see below) which leads to boosts in photo clarity. The camera in this phone can even rival DSLRs!

The AI Scene Recognition has a database of around 18 tags and 140 scenarios which automatically adjust camera settings to take the best photo possible. This ranges from scenes like night, sports or back light scenarios (now you won’t have to worry about underexposed shots at the beach!) to tags like food, dogs and plants.

The X21 is powered by the Qualcomm Snapdragon 660AIE chip which can effectively utilize CPU resources for complex AI and neural computing. Its 6GB RAM + 128GB ROM increases the speed of launching, loading and switching even large and complex mobile games.

While gaming, the system will automatically adjust the CPU to optimize performance according to the game’s resources for a smoother gaming experience. The Game Mode on the X21 even prevents accidental touch operations, ensuring gamers only make the moves they intended. At the launch event, guests were treated to a host of spectacular performances revolving around the X21. Vivo also unveiled singer-songwriter Nathan Hartono as their first Music Ambassador for Singapore! Nathan is a Singaporean musician who is best known for his success on the inaugural season of Chinese singing competition, Sing! China under the mentorship of Jay Chou. When prompted to explain what he loved about the X21, Nathan expressed his appreciation for the device’s availability to fit his daily needs. He stated that his “life revolves constantly around music” and thus the Hi-F- audio chip embedded in the X21 has added benefits for him. The presence of a headphone jack in X21 (which is slowly being removed from phones from other companies) also “means one less device to carry around” and Nathan stated that this meant he could be free to use any devices he wanted (including the superior earphones that come enclosed with the phone!). Lastly, he also stated that the “powerhouse dual-lens camera and multiple selfie options” allow him to engage with his fans through social media in a dynamic way.

Get one for yourself today!

The X21 will be available in black and go on sale officially from Saturday, 5 May at a recommended price of $799 (without contract) through telcos M1 Limited (M1), StarHub, and authorised dealers. More information on the phone can be found at Vivo’s official website.

Is this 11-year-old the youngest tattoo artist in Singapore?

When Joseph Siow’s parents found out their son was tattooing strangers in their home, they were livid. “I…
byStaff Writer 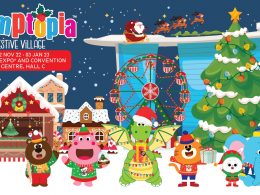 Kiztopia brings back Jumptopia Festive Village, for the second consecutive year, with a brand-new bouncy castle wonderland for…
byIrone Kim 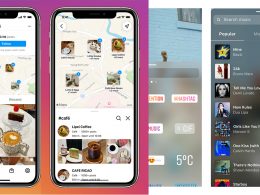 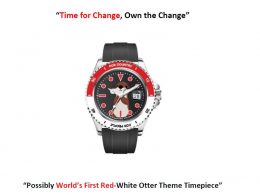 Specially produced for collectors, the S.P.O.R.E Vision Watch is limited to 328 pieces world-wide. It was soft launched…
byIrone Kim
Power up your child's learning with Geniebook.
Sign up for free demo
This is default text for notification bar
Learn more