It is anybody’s guess until a taste of the exquisite Masterchef Dining Delights menu, featuring esteemed Polish Chef Artur Moroz.

The culinary luminary was in town as visiting Masterchef to Wooloomooloo Steakhouse in Swissotel The Stamford, from 17 April to 20 April 2018.

At the young age of 24, the exceedingly talented Chef Artur Moroz became the youngest head chef to run of the Gessler’s restaurants in Warsaw, the capital of Poland.

A showcase of culinary finesse and sophistication by Masterchef Artur Moroz

At the start of the dinner, there was simply no time wasted in introducing the quintessential ingredient of Polish cuisine – goose.

We were greeted with a cold appetizer, which consisted of Carpaccio and of course, Smoked Geese. The latter is touted for its robust flavours that stimulated both our palate and appetite for more of this intriguing meat.

As many of us know, goose isn’t exactly a common delicacy in Singapore so imagine our exuberance upon learning that it is a hallmark ingredient in Polish cuisine.

In line with the central theme for World Gourmet Summit 2018 – The Discovery,  we were able to savour the exquisite flavour of goose; and better yet one that is prepared by Masterchef Artur Moroz.

True enough, we couldn’t stop waxing lyrical about it.

The taste of goose resembled that of duck; albeit more chewy and offering more bite for those who prefer their meat to be gnawed on more. Well, we weren’t complaining as the chef nailed it with just the right texture and thickness of the goose leg.

Paired with a glass of full-bodied red wine, the slightly dry-tasting body of red simply brought out the umami taste of the dark meat even more.

While goose might strike you as a heavyweight ingredient overshadowing the rest of the course, it was instead very much complemented by the sweet and fruity taste of the freshly prepared Cranberry sauce.

By far one of our favourites for the night, the Barley Soup evoked a reminiscent sense of familiarity and warmth with a hodgepodge of savoury and sweet ingredients.

It could even be likened to some of the Asian soups we have grew up with, which was partly one reason why we took a liking to this right off the reel.

Might you be averse to the idea of Gnocchi (not exactly a fan of Gnocchi before this), boy would you be in for a pleasant surprise!

This Polish Gnocchi, which is made up of potatoes and succulent pieces of chicken, was nothing like the creamy or cheesy type of gnocchi commonly found. Gourmands who prefer their Gnocchi leaning more towards the savoury side are bound to find this right up their alley.

The alternating layers of tender chicken and gnocchi infused with herbs certainly made for a palatable potpourri of flavours, which we wouldn’t miss, not even for the world.

The Polish Cheesecake might appear to be this dainty and delicious treat wrapping up a stellar dinner, but it surpassed any of our expectations.

Unlike the garden-variety cheesecake where it is pretty creamy and thick in consistency, the taste of this Polish rendition certainly had us sold with its ethereal taste. Contrary to your expectations, the cake was not in the last bit heavy on our palate as the powder-like texture of the cake immediately melted in our mouth.

We simply died and went to foodie haven with this delightful dessert.

It is little wonder that Chef Artur Moroz promoted Polish cuisine during the Polish EU presidency and attended the opening of the polish embassy in Luxembourg; especially with such a gift in presenting to the world Polish cuisine in a sophisticated manner; while appealing to the masses at the same time.

The next time you are planning a trip to Poland, be sure to check out his own restaurant BULAJ in Sopot, which is well-renowned for its extraordinary cuisine.

Check out more gastronomic delights in this eventful month of April with World Gourmet Summit here. Who is Sherrill (Sherrillx3)? Alvinology takes a look at this fashionable gamer girl 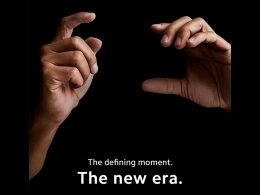 The biggest superhero movie of all time, Avengers: Infinity War is opening in Singapore cinemas today and many…
byalvinology