Anthony Wong found the family he never met before, thanks to the internet

For actor Anthony Wong, BBC was instrumental in connecting him to his half-brothers from his British father. Take a look at the video below:

After BBC aired a video telling people about Anthony and his quest to find any clue about his British father, people around the world began to do the online legwork, per se, checking out leads and thinking about anyone in their life who was known as Frederick William Perry.

At some point, twin brothers in Australia got whiff of the news, and when they checked to see the photo of the man and Asian family in question, they confirmed that it was their father!

According to Anthony, his father left their family when he was only four years old. For years, he’s felt that he was torn between his British and Chinese side, and finally wanted to learn more about his heritage.

John and David Perry, both 74 years old, were on a cruise ship when they saw the photo. Last March 20, they met up with Anthony in Hong Kong, and the three quickly bonded.

According to the two Australian twins, their father never mentioned another family in Hong Kong. Since their father had long passed away, they could not say if their father was ashamed or any other reason why he would not mention it.

They sat down and talked about how their father could have met Anthony’s mother, and what could have happened from there.

Anthony’s dad left them when he was four years old, with letters being exchanged until Anthony was twelve.

The twins said that their mother, who did not mention anything to them may not have known about their da’d other family in Hong Kong either.

They said that Anthony being an actor had nothing to do with the fact they wanted to meet him. They would have met him were he an actor or labourer, regardless. They were curious, though, and researched him before meeting up with him, watching some of his films and work.

Anthony is one of the most famous actors in the Chinese-speaking part of the world. He has also appeared in Hollywood films.

Thanks to the input form his twins, Anthony was able to make new connections in his own life to his father’s habits. He learned that his father also loved boxing, and that he and his half brothers loved to play music.

The actor’s mother is still alive, but is suffering from dementia. According to reports, when Anthony mentioned that he found his father’s family, his mother paused in her eating but did not say anything.

He quickly reassured her that he wasn’t leaving her and would always be here for her, and she continued in her usual habits. He couldn’t say if she understood him.

Anthony is invited to visit the Perry clan in Australia

The twins have invited Anthony to meet with the rest of his Australian family in Melbourne, and they think that their father would be happy that they’ve finally met.

Aside from his twin half-brothers, he also has a half-sister.

Young girls commuting on the MRT (Metro Rail Transit) train in Singapore, beware of this man. In a…
byStaff Writer 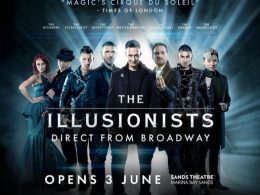 Look no further for a magical treat this June 2022. The world-famous long-running touring magic production, The Illusionists, has…
byZenn 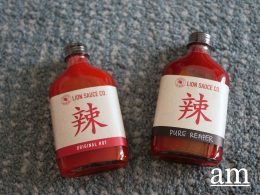 [Review] Burn your tongue with this X404 Pure Reaper Chili Sauce from Lion Sauce Co. made with the World’s Hottest Pepper

The #stayhome phase during the past two years spawned many home-based kitchen as well as DIY F&B innovations. Lion…
byalvinology