For those who are unfamiliar, Leng Yein is a Malaysian DJ known for car modelling and her curvy figure. She has an overwhelming fan base both locally and abroad, with more than 2.5 million followers on Facebook and 370k followers on Instagram. On 23rd March, Leng Yein took to Facebook to share an alleged case of domestic abuse by her ex-boyfriend (whom she had broken up with a day before), posting both horrific evidence and a long personal statement directed at him. Here is the full text of her post, edited for clarity:

Two years , I HAD ENOUGH
You are a lawyer and you threaten me for two years
I am gonna make this right ONCE AND FOR ALL
I know you are close to the police and law system
But I am not afraid of the TRUTH
This is NOT LOVE
Domestic violence is NOT RIGHT
You left me yesterday morning before I went for my morning operation and said you want to move out and go home
I just came out from emergency operation room for 9 hours and reached Malaysia this morning and you just never leave me alone
Two years you been violent and I kept so quiet because I didn’t want people to laugh at me

We broke up yesterday before my surgery, you said you wanted to move home and say I treat you like a dog and say I wasn’t understanding and I’m a bad girlfriend repeating this to me for past one year plus. Put aside how despairing I feel about your repeated slamming and statements making me feel lesser than myself and putting me down all the time. I know you are POWERFUL AND A LAWYER and always find your way and also threaten me with your DAD and say you can ask your dad to KILL ME AND MY SISTER
But I am not afraid of you anymore because you went too far this time.

Everytime I try to tell you don’t overreact you started throwing things, shouting, banging, wrecking, breaking things and starting to beat me up
I thought you got better
Unfortunately I was VERY WRONG

I have nothing to lose anymore
Even if you want to use your lawyer friends or police friends and I have no one. I WILL MAKE MY VOICE LOUD AND CLEAR.
So that I can stop other woman from domestic violence that I had to go through.
This is WRONG.
And I am going to finally do something about it

Photos posted to her Facebook account included shots of her blond hair matted with blood as well as scars and bruises on her face. A picture of the room where the abuse allegedly took place was also included, showing things strewn haphazardly and signs of violence. In her statement, Leng Yein detailed her previous tolerance and patience for her ex-boyfriend’s persistent violence, stating that “I kept quiet because I tell myself you are young and I forgive you and let you have your time to grow and learn. But you have brought this so far”. (statement edited for clarity) She proceeds to cite the ways in which she had tried to understand his behaviour and concludes the post with an emphatic declaration to take a stand against domestic abuse for both herself and other women in similar situations.

Prior to this episode, Leng Yein had recently been admitted to the hospital for an emergency operation after suffering from a severe allergic reaction to seafood when performing in Singapore. She had flown back to Malaysia but upon further pain, visited her unnamed Taiwanese plastic surgeon in Taiwan for treatment, which resulted in the removal of her left breast and flushing of pus. We wish Leng all the best in her fight against her allegedly abusive ex-boyfriend and commend her for her bravery in the face of such adverse events!

Read about Lilith, the girl who stood up to Eden Ang and filed a case of alleged sexual harassment against him.

MyRepublic launches “Friends with Benefits” – refer your friends and get, well, benefits (in $$$)

Flowers are for boring people, gift a “Mushroom Bouquet” instead this Mothers’ Day

Steer away from the mundane this Mothers’ Day. Mushroom Kingdom introduces a DIY mushroom bouquet kit for Mothers’…
byIrone Kim 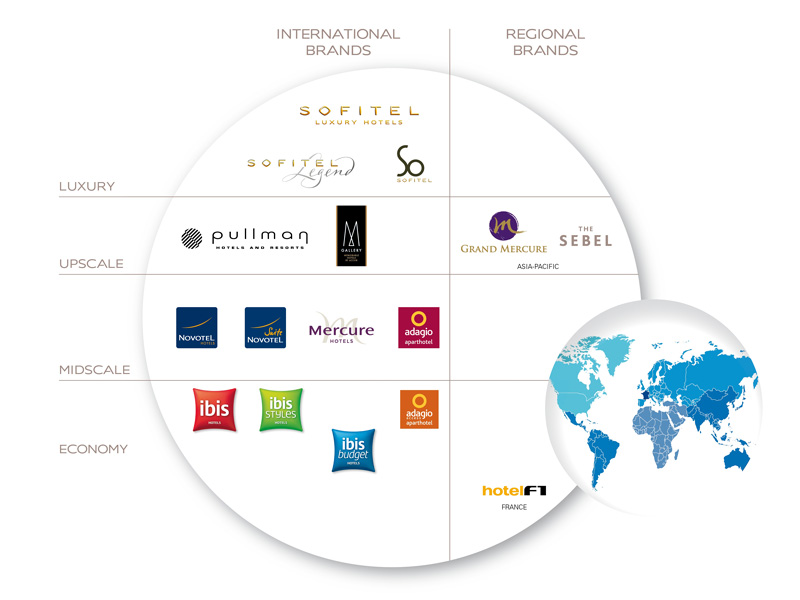 After 45 years of proven success and continuous innovations, what’s next for Accor, the world’s leading hotel operator?…
byKatherine Goh 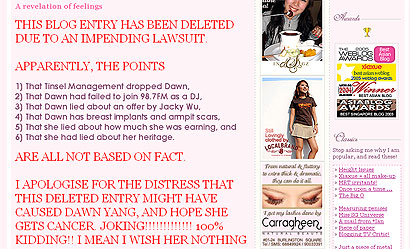 Dawn Yang vs Xiaxue: The Catfight gets UGLY

I mentioned in my previous post that Xiaxue wrote an entry two days ago, ranting off against Dawn…
byalvinology