Sick Of Motion Sickness? New Launch NBAN™️ Promises To Remedy It In Style

However well-travelled you may be, motion sickness is something you’ve probably faced at least once on your travels – be it a car ride, ferry ride or aboard a plane. We’re all too familiar with the many symptoms of motion sickness: nausea, vomiting, and dizziness. It makes travelling rather unbearable, causing great discomfort to individuals. The discomfort often drives us to consume over-the-counter pills, or to wear nausea bands in order to suppress discomfort.

For all you travellers and commuters reading this in hopes for a suitable, non-invasive remedy (like taking pills), look no further than what we’re about to introduce: NBAN™️, a cutting-edge, stylish anti-nausea band by Hock Cheong Automec. The anti-nausea band, sealed with a proverbial made-in-Singapore stamp, comes in a choice of two designs and does away with the archaic practice of strapping on a pair. Previously, such anti-nausea bands are required to be worn on both wrists for it to work (you only need to wear one NBAN™️), and are threadbare when it comes to aesthetics. In spite of that, it is common to spot individuals in the U.S. donning them during their travels, but not so much in Asian cities like Singapore.

Most people here, whether they are acutely aware of their condition or not, do not know where to find anti-nausea bands as they are not widely and openly available – which is peculiar, for Asians are no less susceptible to symptoms of motion sickness than Westerners. Of course, NBAN™️ is changing all of that with it being available on its online store (more on that in a bit). Constructed out of medical grade silicone, the band works by putting pressure on the Pericardium 6, an acupuncture point found three fingers below the wrist (referenced below).

Interestingly enough, depressing the Pericardium 6 has been proven to be effective in relieving the symptoms of motion sickness, on top of other discomforts such as acid reflux, pregnancy-related nausea and insomnia. This makes NBAN™️ a must-have. Although NBAN™️ is fuss-free in that it only needs to be worn on one wrist, NBAN™️ is still sold as a pair. Much thought and observations have gone into the decision. They have determined, in many incidences, that the extra band comes in handy for fellow travellers when needed. You may also wear them as a double band (they can be linked together) as an accessory. Whatever it is, NBAN™️ serves to make your travelling and Bus/MRT/Taxi/Grab experience all the more seamless, comfortable and stylish. Time to ditch your old, nauseating (no pun intended!) bands and ride with the NBAN™️!

The NBAN™️ can be worn in four simple steps, as shown in the below graphic.

From its four simple steps, you can tell that wearing the NBAN™️ is convenient, easy and a no-brainer for travellers. It’s sure to get you ready for that long weekend drive to Johor, or to help you survive that abysmally long flight to Los Angeles. If you don’t believe us, check out how NBAN™️ fares against the other bands on the market right now.

From the table above, it is evident that NBAN™️ is the better choice over other anti-nausea bands, and should be your pick in your future travels to prevent motion sickness.

So if you’re sick of motion sickness and wish to combat the discomfort travelling can bring, look no further than NBAN™️, which can be purchased online here! You don’t have to search high and low for anti-nausea bands anymore! We’re giving away 5 sets of these stylish NBAN™️ bands to 5 lucky winners; if you have been struggling with motion sickness or nausea, or know someone who does, don’t hesitate to participate!

All you have to do is dive into the Facebook contest post below and you’re three simple steps away from a brand new wrist candy!

Priceless Surprises for shoppers this Great Singapore Sale from MasterCard This article was written by Justin Teo of Asia 361. Unless you are a connoisseur of the fish…
byAsia 361 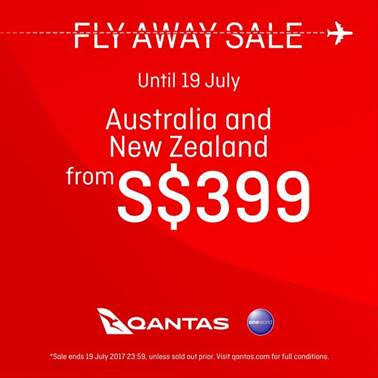 Flash Sales: Fly with Qantas to Australia and New Zealand from S$399 only for 17-19 July

There’s no better time to book your air tickets to Australia and New Zealand than now. Qantas is having…
byCarrie Er
We are now on Telegram with daily deals and giveaways! Click and join our channel. It's FREE!
See how Snapask has been helping out over 3 million students around the world. Find a perfect plan