Barack Obama joins the list of American Presidents who stayed at Shanghai’s legendary hotel address since 1929.

The former US president Obama stayed at the Fairmont Peace Hotel during his visit in Shanghai for the third annual Global Alliance of SMEs Summit at the Shanghai World Expo Centre. Barack Obama was accommodated to stay in the Presidential Suite. Mr Wee gave the former US President a special gift and a personalized bathrobe and Le Labo amenities with his name imprinted on it. Barack Obama was also entertained by watching the legendary Old Jazz Band in the Jazz Bar and positioned with the team members.

In response to this heartwarming accommodation, Obama signed the hotel’s visitors book saying, “Thank you for the wonderful hospitality.”

Other American Presidents who stayed in the hotel were Jimmy Carter, Ronald Reagan, Bill Clinton and George Bush. 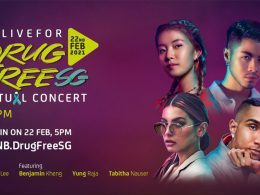 In view of the on-going COVID-19 situation and to align with the national safe distancing guidelines, the Central…
byIrone Kim

Netflix users can now enjoy the platform in Bahasa Melayu, both the User Interface and the subtitles

Netflix launches its user interface (UI) in Bahasa Melayu enabling members around the world to navigate the UI,…
byIrone Kim McDonald’s Insider: What Goes Into Your Favourite McDonald’s Meal From Farm-To-Fork?

As you tuck into your favourite meal at McDonald’s, has it ever crossed your mind just what exactly goes into…
byCarrie Er