Wonder is a 2017 American drama film directed by Stephen Chbosky and written by Jack Thorne, Steve Conrad, and Chbosky, based on the best-selling 2012 novel of the same name by R.J. Palacio. The film stars Julia Roberts, Owen Wilson, and Jacob Tremblay, and follows a child with Treacher Collins syndrome trying to fit in.

If your child is starting school next year, this is the perfect movie to watch to teach your child a thing or two about fitting in and also to help others fit in.

If in doubt, always “choose kind”: Based on the New York Times bestseller, WONDER tells the incredibly inspiring and heartwarming story of August Pullman. Born with facial differences that, up until now, have prevented him from going to a mainstream school, Auggie becomes the most unlikely of heroes when he enters the local fifth grade. As his family, his new classmates, and the larger community all struggle to discover their compassion and acceptance, Auggie’s extraordinary journey will unite them all and prove you can’t blend in when you were born to stand out.

It would seem the movie is just about Auggie, but it isn’t. Each of the people around Auggie are given proper characterisation and you will also be inspired by each of their stories.

I have not read the original novel, but it is interesting to note that Palacio wrote Wonder after an incident where she and her three-year-old son were waiting in line to buy ice cream. Her son noticed a girl with facial birth defects and started to cry. Fearing he would react badly, Palacio attempted to remove her son from the situation so as not to upset the girl or her family but ended up worsening the situation. Natalie Merchant’s song “Wonder” made her realise that the incident could teach society a valuable lesson. Palacio was inspired by Merchant’s lyrics and she began writing. She named the book directly after the song, and used the song’s chorus as the prologue of the first chapter.

This same upbeat spirit from the book is brought out in the movie too. Auggie doesn’t want you to feel sorry for him, but instead, for you to understand him.

His classmates took a while to get to know him and like him. For Auggie, it took a long while for him to fit in too and enjoy going to school thoroughly. I was an awkward, geeky kid when I was his age and was often picked on by bullies. As such, I can empathise with what Auggie went through. I wish I was better equipped emotionally then to deal with bullying and rejections. For my son Asher who is entering primary one next year at my alma mater, Saint Andrew’s Junior School, an all-boy school, I will get him to watch Wonder so as to use it as an opportunity to talk to him about fitting in at school. I don’t want my son to get bullied in school, neither do I want him to be the bully.

Education aside, the movie also scores top marks for entertainment value and is well-received by critics. Audiences polled by CinemaScore gave the film an average grade of “A+” on an A+ to F scale, one of fewer than 80 films in the history of the service to receive such a score.

Despite the soft storyline, it moves along very fluidly, aided by solid acting from the talented cast. Julia Roberts and Jacob Tremblay were particularly good. The former haven’t appear on the big screen for a while and it is nice to see her transition to a gentler motherly role compared to her famous performance in Erin Brockovich.

If you find Tremblay familiar looking beneath the special effects make-up to make him look like a child with Treacher Collins syndrome, that’s because he was the little boy in Room (2015). He played Auggie with a lot of heart and you will find yourself laughing and crying along with Auggie through the movie.

Wonder is not a sob movie that guilt-trip you to feel bad for not knowing more about this rare syndrome, rather it is very uplifting and you will walk out of the cinema feeling very upbeat about the world. This is the perfect movie to watch to end off 2017 and to inspire to be a better person in 2018.

Wonder will be showing in Singapore cinemas from 14 December. Go catch it with your little ones! 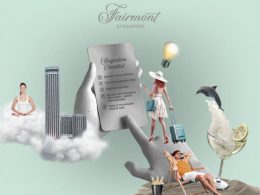 Fairmont Singapore launches “Design Your Staycation Contest” where you can win the staycation of your dreams! Here’s how – 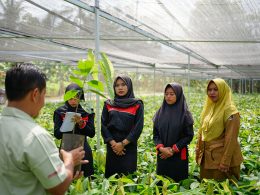 Barry Callebaut and Deloitte collaborate to support cocoa farming communities, seeking to lift over 30,000 Indonesian Farmers permanently out of poverty

Barry Callebaut, one of the world’s leading manufacturer of high-quality chocolate and cocoa products and Deloitte, a leading…
byalvinology

On 14 September 2019, for one night only, enter the alluring world of South Korean alternative hip-hop veterans…
byIrone Kim 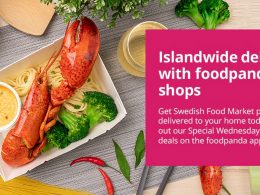 From 12 July till 31 August, IKEA foodies can enjoy the newly launched Fish and Chips with Nacho…
byIrone Kim
We are now on Telegram with daily deals and giveaways! Click and join our channel. It's FREE!
See how Snapask has been helping out over 3 million students around the world. Find a perfect plan