IRONMAN Singapore confirms complaints did not come from official volunteers

After a few “volunteers” from one team working during Standard Chartered Singapore marathon complained about several issues that cropped up during the event, a representative from the event released a statement detailing answers to the complaints.

What were the complaints?

According to Daryl Chia, 19, a student from Republic Polytechnic, he and some of his co-volunteers waited inordinate amounts of time for volunteer buses to not arrive and were unable to get any food or water from the event

Some experienced rude treatment from people working with the marathon and overall poor coordination and planning with regards to their duties.

As for the rude treatment, it had happened to a student from another team who was an official volunteer, but the incident has since been resolved, at the event itself.

Read more about the complaints from the student “volunteers” here.

Lack of food and drinks for volunteers

In a statement released by the marathon organisers, the staff said that they ensured that their volunteers had all the infrastructure and supplies they needed–if they had gone to the registration area to get their paraphernalia.

IRONMAN said that all official volunteers were given a wristband and three coupons so they could claim a bento meal, a bag of snacks and all the bottled water they would need at the registration area.

Daryl Chia mentioned that he was not given any wristband or coupons and was briefed to go to the first station at once, without going to any registration area. But how would he, when he wasn’t even registered?

The briefing reportedly happened in his school prior to the event. He only attended one briefing and was unable to recall the name of the representative.

IRONMAN records show that they had conducted two briefings at Republic Polytechnic, one on November 7 and another on November 9. There was also a public briefing organised on November 4.

Missed buses because of breaking protocol

The IRONMAN team further said that they had instructed the volunteers for the route teams in previous briefings to wait one hour after the last runner passed their station and only make their way to the next one after that hour.

According to the organisers, some of the volunteers had left the station just as the last runner passed, which may have resulted in missed buses and coordination. Leaving their station immediately was also against protocol.

Rude treatment because of panicking and miscommunication

Addressing the incident where a student named Hannah Zalkaff was reprimanded in a rude manner, IRONMAN said that the matter occurred between Hannah’s fellow volunteer and a member of the Athlete team for volunteers.

When the friend was unable to get information about her duties, she asked another one of her friends instead of her captain, which resulted in panicking and stress. This may have caused the verbal altercation.

This incident was resolved later when the two parties were asked to discuss the incident. The person who spoke rudely to Hannah has since apologised and the matter settled.

IRONMAN Singapore said that the kids were in no way required to pay for their transportation costs and were either required to walk from one station to another (which, according to IRONMAN was 850 meters at most) or to wait for the buses which were being coordinated during the race.

IRONMAN reiterated that volunteers to different events held by other firms weren’t normally awarded any allowance at all but Standard Chartered wanted to provide it. These students were given $20.

A WhatsApp group for the volunteer captains was established to help coordinate the volunteer teams. The volunteers would only be able to be picked up by the buses if the coordinators had given the signal–this is why they had to wait one hour after the last runner passed their station.

Read the full statement from IRONMAN below:

–          Volunteers reporting at 1am and 3am had scheduled buses from six pick up points across the island, Republic Polytechnic and Nanyang Polytechnic (buses were scheduled 1 hour before volunteers’ reporting time)

–          Meeting point for all volunteers was the floating platform where they were given a final briefing. All volunteers were provided with a wrist tag which entitled them to

o   Drinks: volunteers are entitled to as many bottles of water as desired

–          Some volunteers opted not to take the meals, despite being advised

–          All volunteers were provided with google map print outs of the race routes together with handbooks with contact details, instructions and protocols

–          Volunteer briefings were held before the session, when IRONMAN visitied Republic Poly a total of 1,500 students were meant to attend the briefing, only 600 attended in total

–          Each volunteer was given reimbursed $20 for their time and effort – this isn’t a common practice globally, and the Standard Chartered Singapore Marathon is one of a few events that provide a volunteer stipend, a welfare pack and a shuttle service for the volunteers

–          2 route teams, 2 station teams, and Padang teams were required to walk to their stations, the longest walk was from the Floating Platform to the Padang (850m)

–          Hannah’s group stood down early, immediately after the last runner had passed them, which was against protocol

–          Some volunteers had chosen not to wait, and captains were not able to prevent them from making their own way from the venue. This resulted in them going to the wrong pick up location, meaning that the bus driver was unable to locate them when he went to the designated pick up location

–          While making her way to the point she got lost, she rang a fellow volunteer at Athlete Welfare instead of calling her volunteer in charge

–          She was unable to identify her location, started to panic and became distressed, this resulted in a frustrated exchange over the phone with a contractor at Athlete Welfare, where she was spoken to in a rude manner

–          This incident however was resolved when both parties met, the volunteer management team had apologised to her on the same day, the apology was accepted and she carried on her duties

What do you think of these students and their complaints? Let us know in the comments! 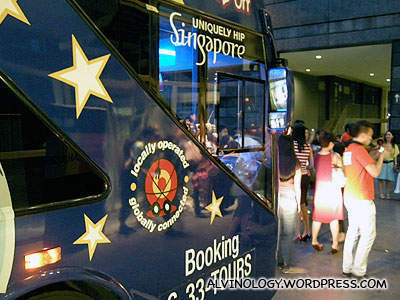 My First Time on the Hippo Bus Tour

The previous Friday, I got to go on the Hippo Bus for the first time in my life,…
byalvinology 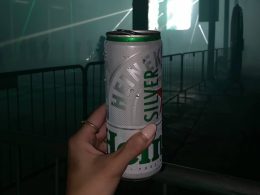 On 15 June 2022, some 3,000 partygoers were treated to sight for sore eyes at the Pasir Panjang…
byKaryn Cheong