After one year of hard work and relentless inspiration, Under Armour is finally ready to introduce the Project Rock Collection to the public. A full set of sportswear that will bring out manly toughness. The Rock’s inspiration on his latest Under Armour collection simply came from his love of country, and his pride in the U.S. Armed Forces. With no doubt, the quality of USDNA equals the toughness of The Rock! Dwayne Johnson personally tested the quality of his Under Armour collection by pushing himself to the limits of his exercise at his home gym named “Iron Paradise.” Each apparel is equipped with Under Armour’s technology Treadborne material featuring lightweight, fast-dry, flexibility and comfort.

Under Armour is not yet done with all the action. They are also launching a special set of apparel based on the highly anticipated Hollywood sci-fi film to be released this December 2017 – Star Wars Saga. More details about this collection to be revealed soon. Countless loyal Star Wars fans are invited to embrace the Force on November 23, 2017 at Bugis Junction, Orchard Central, Vivocity, and Tampines One. In a Facebook post by Malaysian Stefen Chow, he related to the public how staff at The Body…
byStaff Writer 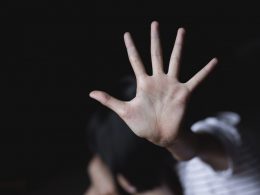 Foodies alert! You have to check out this smart supermarket and F&B concept for the future, launched by…
byalvinology