If you’ve been waiting for the best time to upgrade your GoPro, that time is now.

GoPro, Inc. today unveiled HERO6 Black, the most powerful and convenient GoPro, yet. Powered by GoPro’s custom-designed GP1 processor, HERO6 achieves an entirely new level of performance including stunning 4K60 and 1080p240 video and the most advanced video stabilization ever achieved in a GoPro.

Additionally, GoPro introduced new mounts and accessories plus a new Follow mode for its Karma drone.

GoPro’s founder and CEO, Nicholas Woodman, introduced the HERO6 Black and Fusion cameras to an international audience at the California Academy of Sciences in San Francisco, California. Watch a replay of the live event at this website. With stunning 4K60 and 1080p240 video packed into a rugged, waterproof, go-anywhere design, HERO6 Black and the GoPro App automatically transform your adventures into cinematic QuikStory videos you can share with the world.

Here are the design specs of the new HERO6 Black HERO6 Black is now available on GoPro.com and at select retailers worldwide.

QuikStories is an app feature that makes it easy to share short videos of your adventures. HERO6 is optimized for QuikStories with 3X faster WiFi. This means your footage will rapidly transfer from your GoPro to your phone where the GoPro App will automatically create QuikStory videos for you.

How about the spherical camera? With its ability to capture immersive 5.2K spherical content, GoPro Fusion marks the beginning of a new creative era. Fusion captures everything around you so you’ll never miss the shot, and gimbal-like stabilization makes it all shockingly smooth. Use the GoPro App to play back and share your footage as VR content or use the app’s OverCapture™ feature to recapture and share your spherical shot as a traditional fixed perspective video.

Here are the Fusion’s tech specs:

GoPro Fusion is currently available for pre-order on GoPro.com for USA, Canada, United Kingdom and the European Union, shipping in November. Create stunning edits using the bundled Fusion Studio desktop software available when product ships. The OverCapture mobile experience will be part of a new version of the GoPro App available for iOS and Android in early 2018.

The ultimate accessory for the new HERO6 The tech specs of the new Karma: 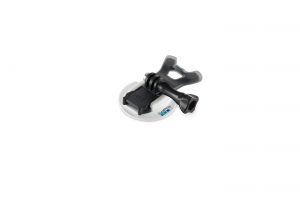 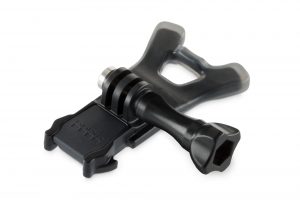 A whole slew of new products and accessories

Aside from the new Hero6 and the Fusion, you’ll be able to get new accessories for all the existing models. Here they are:

Learn more about GoPro’s new mounts and accessories by going to this website. 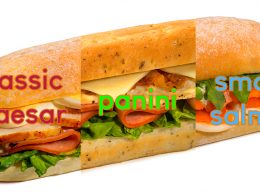 Where to Bring the Kids this Weekend? Science Centre Singapore and Snow City Review

The September school holidays is drawing to a close. What are your weekend plans before school reopens? We…
byJune Tan 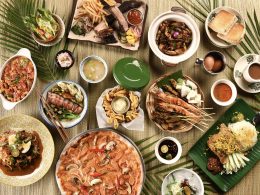 I seldom get excited about Food Court opening, but the Cluny Food Court is unique for two reasons…
byalvinology
We are now on Telegram with daily deals and giveaways! Click and join our channel. It's FREE!
See how Snapask has been helping out over 3 million students around the world. Find a perfect plan