Scoot and Tigerair are now a single brand and operating licence under the enhanced Scoot brand.

The airline industry bade farewell to Tigerair Singapore as its last flight departed Singapore for Tiruchirappalli at 2305 on 24 July.

This marks the completion of the Scoot-Tigerair integration process that began last May when the airlines were brought under a common holding company, Budget Aviation Holdings.

There will be five new destinations that Scoot will call at by June 2018.  Among them are Honolulu, Scoot’s maiden USA destination, and Harbin in Northeast China. The remaining three are short-haul destinations – Kuching and Kuantan in Malaysia, and Palembang in Indonesia.

Coupled with the addition of the previous Tigerair network, the five new services will bring Scoot’s total destination count to 65 across 18 countries. In conjunction with the brand enhancement, Scoot has also changed its Get Outta Here! tagline and adopted a new slogan, Escape the Ordinary.

Scoot also rolled out its first A320 aircraft, previously operated by Tigerair and repainted with the Scoot livery, named “Conscious Coupling” in commemoration of the integration between Scoot and Tigerair.

11 Jan 2015 Update: Congratulations to Mandy Ng, Brian Cheung and Amie Hu. Each of you won a…
byalvinology 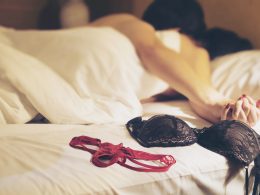 Commentary: Necessary Evil? Living with Legal and Regulated Vice in a Pandemic World

If we leave it to the economists, drugs, prostitution and other illicit vices should all be legalised, pandemic…
byalvinology

Consumers no longer have to worry about their diet in their next social gathering. Asia Pacific Breweries Singapore…
byIrone Kim