Fares to Europe starting at $870

From now till 31 July, passengers will be able to book special fares for flights from Singapore to a host of destinations.

Some of the best offers are:

All prices are in SGD. Travel dates for these promotional fares are until 31 March 2018.

Further discounts are also on offer for our recently announced like Nice, France; Skopje, Republic of Macedonia; Sohar, Oman and Prague, Czech Republic.

Qatar airways gives back to the passengers Thanks to the introduction of the new Business Class seat, “Qsuite,” the airline bagged most of the awards this year.

Qsuite features the industry’s first-ever double bed available in Business Class, with privacy panels that stow away, allowing passengers in adjoining seats to create their own private room.

Adjustable panels and movable TV monitors on the centre four seats allow colleagues, friends or families traveling together to transform their space into a private suite, allowing them to work, dine and socialize together.

The airline will expand its global destinations in 2017 and 2018, adding Skopje, Republic of Macedonia; Sarajevo, Bosnia and Herzegovina; Kiev, Ukraine to their destinations.

Read more about the Qsuite here. 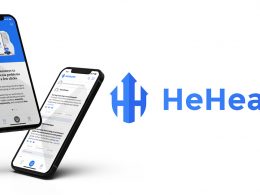 HeHealth, an AI-enabled healthcare solution platform for penis health, launches its mobile-first application in Singapore. This marks the…
byIrone Kim

The Bubble Tea Factory is extended till 18 January 2020, you can now create your “flavourite” bubble tea DIY

Due to overwhelming response, The Bubble Tea Factory will be extended until 18 January 2020. Operation hours may…
byIrone Kim