For many of us, flying to Bangkok or Thailand in general has become a frequent affair.

How can it not be with insanely cheap flights from Singapore to Bangkok or other parts of Thailand via AirAsia?

Despite countless trips to Bangkok, we hopped on the chance – and plane – to the amazing Thailand for the launch of “Thailand Shopping & Dining Paradise” by the Tourism Authority of Thailand. As part of the launch, AirAsia has rolled out its ultimate shopping challenge – AirAsia’s Top Shopper.

Catch a sneak peek of what happened in the Fashion Show during the party at the Top Shopper Challenge in Asiatique, when celebrities from Team Singapore performed their Thai rendition of “Can’t Take My Eyes Off You”.

The search for the top shopaholic team began at Central World, the largest lifestyle shopping destination in Bangkok.

Even before this challenge, many of us are aware that Bangkok is a one-stop shopping and dining paradise. So imagine how stoked the teams from Singapore, Hong Kong and Vietnam were right before the ultimate challenge began. Well, at least we were certain of that for Team Singapore, as they were fresh as a daisy. Our local representatives for Team Singapore were Rebecca Tan, Rosalind Pho, Jill Marie Thomas and Cinddie Teo. Together, these four make a dream team with their jovial demeanour and mesmerising smiles. They were also joined by a Thai blogger, Peach during the challenge, as their tour guide bringing them around Thailand. Before the challenge began, each team was asked about their pre-challenge thoughts. There was simply only one word to describe Team Singapore: exuberant. Our fun-loving team was simply bursting with energy as they put up a short yet entertaining act to introduce themselves. The representatives from Team Hong Kong. Team Vietnam, alongside the Thai blogger attached to them.

Each team had to complete six challenges by a stipulated time and whichever team accumulated the most points throughout the challenge would emerge as the winner. The team reaching the finishing point at Asiatique first would be able to earn the most points in that particular segment. Nevertheless, there were other segments each team could attempt to garner as many points as they can, such as the Fashion Show at the party. Team Singapore alongside Peach, the Thai blogger attached to them can be seen strategising right off the bat, once they were given the map.

Across the six missions, the contestants had to go live on their social media platforms to engage with their fans. Their followers would also be able to win prizes from AirAsia, depending on the mission rules. The mission is only made known to the teams at the start of the respective missions. Team Singapore held everyone in rhapsody as they performed their own rendition of “Can’t Take My Eyes Off You” for the Thai judges’ panel.

During the Fashion Show, contestants had to present their choice of clothing they purchased as well as the rationale behind it. Needless to say, the home-grown Thai brand Greyhound – prominent for its fast-moving fashion and food concepts – was a popular choice amongst the participants. All the teams posed together for a photo at the afterparty.

The winner team would receive free air tickets from AirAsia (Code FD) for use on any route within 1 year along with 100, 000 THB. At the end of the day, Team Hong Kong garnered the highest number of points and walked away with a year’s supply of free tickets from AirAsia while Team Singapore came in second place.

Regardless, as Rebecca put it at the start of the challenge, “Everyone here on stage is a winner already!’

We couldn’t agree more – it’s the (shopping) journey that mattered. After all, you’re in Thailand – ultimate shopping and dining paradise.

AirAsia is partnering with the Tourism Authority of Thailand (TAT) to draw more visitors to Thailand, especially during the Green Season.

During this season, tourists will be presented with special travel promotions and privileges – inclusive of discounts on a myriad of products and services. If you happen to be in Bangkok via AirAsia, you can redeem  tourist privileges at Siam Paragon exclusive to AirAsia guests. More details can be found here.

The Green Season is also an ideal time for tourists to visit Thailand, especially with a wide array of irresistible promotions. You can be sure more travellers would be booking their tickets to Thailand once you take a look at the uber attractive airfares they have from 19-25 June. In case you are racking your brains for a place to put on your itinerary, EmQuartier is one you should seriously consider. This luxury shopping destination is not only an upscale shopping mall but a hotspot for gourmet food you can’t miss, especially Cafe Chilli.

Don’t be fooled by its name – the standard of the food served here is comparable to those of restaurants. The North-eastern Thai cuisine served here is one of the best we have come across in Bangkok – both taste- and presentation-wise. Almost every dish at this cafe is worth a try and you’ll thank us for it once you sink your teeth into those gastronomic delights. AirAsia takes their inflight Hot Meals seriously because we relished every bite of it, while en route to Bangkok. The Japanese-style Salt and Chill Salmon was tender and had a spicy zing to it. As for the Miso Soup, it was not only palatable but heartwarming, especially when it got a little cold in the plane. What better way to complete your meal than with a sweet treat? This Strawberry Jelly left us satisfied with just the right amount of sweetness and sourness. On our flight back to Singapore, our Hot Meal didn’t disappoint with the tantalising Yaki Spaghetti and Chicken Katsu. The fried chicken pieces were rather juicy and not dry in the least bit. If your tastebuds are craving for a medley of flavours, this is the dish to go for.

From attractive airfares on AirAsia to a smorgasbord of shopping and dining activities to do in Thailand, this shopping paradise is beckoning you to come. What’s more, the flight takes you only about two hours and the inflight Hot Meals are nothing but mouth-watering. 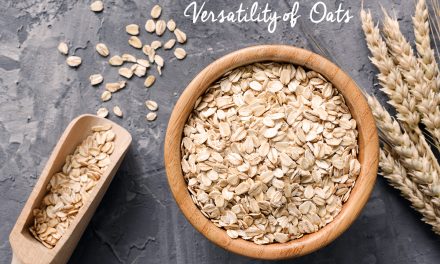 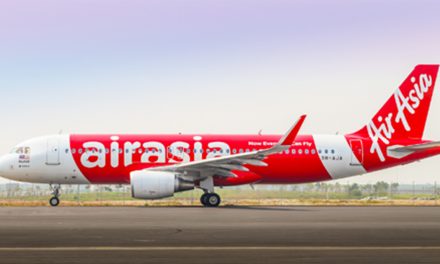 AirAsia to move its operations in Yogyakarta to Yogyakarta International Airport, Kulon Progo by the end of March 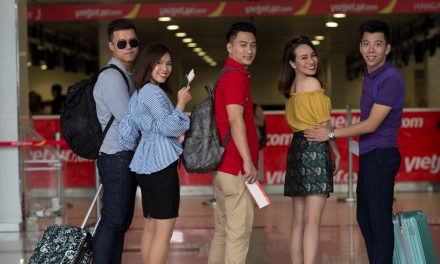