The mirror maze is modelled after an eccentric scientist’s laboratory made up of 105 cells and 17 interactive experiments. The mirror images are so deceptive that many of the visitors end up walking round and round the same place and still cannot find the way out.

Don’t believe me? Watch this video:

Pictures taken inside the mirror maze:

Entrance to the maze is free with general admission tickets to SCS. This costs just S$6 for an adult or S$4 for a child (3 to 12 years old) or senior citizen for Singaporeans and PR during peak period. During off peak period, admission is free.

For all other visitors, the cost is still cheap at S$12 for adults and S$8 for children.

Other than the mirror maze, SCS launched another new exhibition about optical illusions, The Mind’s Eye, comprising more than 30 mind-boggling exhibits, promising an intriguing experience as you try hard to differentiate between perception and reality.

It’s much like the Trickeye Museum, but much cooler, cheaper and you get to learn the science behind it all. Perfect for getting children to be interested in science.

I think most of us think that SCS is just a place for little children; how wrong this perception is. During my visit over the weekend, I saw many teens visiting in groups with their friends. They were having fun and taking lots of photos and videos, just like the family crowd who were there with their little ones.

The Mind’s Eye takes just around 30 minutes to complete the full exhibition and it is directly from the main entrance on the first floor. Expect queue for the mirror maze, so be there early if you want to experience it.

How to get there Via Ayer Rajah Expressway (AYE) from the East (ie from town):

Via Ayer Rajah Expressway (AYE) from the West (ie from Tuas):

Via Pan-Island Expressway (PIE) from the East (ie from town or Woodlands):

Via Pan-Island Expressway (PIE) from the West (ie from Tuas): The nearest MRT station is Jurong East Station, which is on both the East-West Line and the North-South Line. From there, you can transfer to bus 66 or 335, or take a short walk to the Science Centre.

The Science Centre is just an 8-minute walk from the Jurong East Bus Interchange/MRT Station: 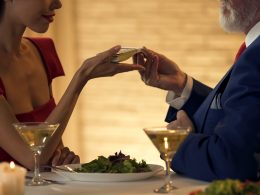 An ex-mistress must return $9 million to a married businessman she had an affair with, after the man…
byDanielle Ann 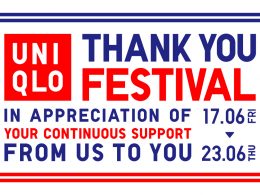 UNIQLO Thank You Festival is back! 1-week festival of attractive offers on popular items and deals not to be missed

UNIQLO announces the return of the Thank You Festival, its bi-annual hallmark event to show appreciation to their…
byIrone Kim You may know Foyce Le Xuan from different points in her life. Some know her from her 2010…
byDanielle Ann 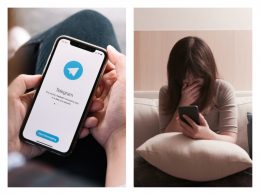