As my sweetheart and I sat by our imaginary fire in Geneva, Switzerland, we pondered what mischief we might get up to before Christmas. We were planning an upcoming trip to South Africa when suddenly a few misfiring clicks led us through an Internet vortex right into a cosy-looking Airbnb in Tromsø, Norway. A Viking deep at heart, I proclaimed that Thor and Odin had spoken: We had to go to the land of the Norse.

Tromsø, which some call the Venice of the North and others a god-forsaken city at the end of the world, lies at the Northern tip of Norway, deep in the Arctic circle, where the land breaks up into scattered islands. The city is located along a ragged coastline, with ancient, snow-shouldered giants dropping to their knees to drink out of the Norwegian Sea. The landscapes are spectacular, rough and crystalline, outlined by dark waters that lap at every road, making them frighteningly icy and dicey (but that shouldn’t stop you renting your own car). In the winter, the daunting waves open up to reveal the fins and tails of a stunning number of whales and killer whales. The surprising thing with Tromsø is that, since it lies right next to the Gulf Stream, it is fairly warm in comparison to nearby Lapland.

From Tromsø, drive North or West, and you’ll pass through breathtaking fjords, along roller-coasting roads, and into quaint picture-perfect villages.

Go East, and you’ll find yourself in the Lyngen Alps, where you can ski from the top of a mountain right down to the sea—a simply mind-blowing experience.

Drive South, towards (and into) Kilpisjärvi in nearby Finland, and you’ll head straight for the glorious snow plains of Lapland. This is the epitome of winter. Snow-laden trees dot the landscape with their ice-sculpture-y magnificence. Reindeers and elks roam freely through the pine forests. Wooden houses filled with a warm, yellow light draw windows on the surrounding snow and glow with the heat of their steaming saunas. And the endless snow unfurls its glittery blanket up hills, down valleys and over frozen lakes. Do remember however that Lapland is cold enough to freeze the balls of a brass monkey and that you will require some sturdy thermal underwear and proper winter clothing.

Now, while Tromsø’s climate can turn its coat faster than a British politician (well, almost), the weather towards the South is more stable, meaning there is a better chance of seeing the Northern Lights. That being said, we did see our brightest and longest aurora borealis just a half-hour out of Tromsø heading East.

According to legend, the Northern Lights are thrown up into the sky by a fox sweeping snow upwards with its tail. The fox however tends to be very sneaky, turning up at whatever time and place it chooses. I would say that your best chances are between 9 p.m. and midnight (assuming that the Northern Lights’ fox is some kind of Cinderella). There are a couple of apps that try and keep track of the cunning beast (My Aurora Forecast, Aurora Alerts Northern Lights) but what you need to hope for is a cloudless night, not too much moonlight, and a lot of luck. Bear in mind that the Fantastic Mr. Fox cannot be guaranteed to swish its tail every night!

Nevertheless, the Northern Lights are not the only attraction in that region of the world. Both Lapland and Tromsø have plenty to offer in terms of activities, with dog- and reindeer-sledding and snowmobile tours a firm favourite, while the sparkling, fairy-dust snow is a perfect playground for ski and snow-shoe enthusiasts. Tromsø also has whale-watching tours, which are well worth the trip.

You will also get to enjoy gobsmacking colours as the Arctic Circle’s endless night slowly translates into dawn-ish lights reflecting on the pristine snow, illuminating the landscapes with glorious hues, no sooner to be followed by the sun’s slow descent and more vivid tones of lurid pink, gold and purple (the globe never lifts off the horizon entirely while you’re in the Arctic circle in winter). And then it’s night again, albeit with the silvery moonlight echoing off myriads of snowflakes, letting off a soft white glare through the night. It’s absolutely magic. Ask Elsa and Olaf.

Obviously, the further South you go, the more daylight there is, meaning that places like Levi, Kittilä, or Äkäslompolo should not be discarded as they are particularly beautiful, even if chances of Northern Lights are a little more remote.

Wherever you decide to go, the dreamy atmosphere is bound to win you over. So, go grab a last piece of winter in the land of Father Christmas (who happens to live in Rovaniemi FYI).

In Lapland, I’d recommend the Kittilä area (Levi, Kittilä, Äkäslompolo), as it is North enough to be deep into the heart of Lapland but South enough to enjoy a little more daylight. I’ve heard good things about Kakslauttanen and Saariselkä too.

In Norway, Tromsø is a great starting point but there are other options, including the famous Lofoten Islands and Kirkenes on the Russian side, to name but a few. Make sure to take a trip down part of the Northern Lights route, whether by bus or with your own car.

Avoid the humongous mosquitoes and the 24-hour white skies in summer: winter has it all. October-November or February-March are great as there is a little more daylight, but December and January work too, especially for a bit of true Christmas spirit.

In Lapland, there are a number of hotels and houses you can rent in Levi and Kittilä. I must recommend a night or two in the incredible luxury glass igloos (Golden Crown Levin Iglut) in Levi. These should not be confused with the tourist trap in Kakslauttanen. I would avoid staying in the ice hotel, but it’s worth the visit.

Tromsø has plenty of hotels and Airbnb options available. A centrally-located Airbnb up on the hill in the middle of Tromsø island is probably the ideal solution, but bear in mind that Tromsø is small enough that even if you’re on the other side of the bridge, you’ll be fine too.

In Lapland, Levi and Kittilä offer good skiing opportunities (the slopes are lit-up so the feeling’s even more magical). Dog-sledding, snowmobile and reindeer sled tours are all available. Snowmobiles enable you to get to out-of-the-way places for extraordinary views, while dog-sledding is a more peaceful experience in harmony with nature. Reindeer sledding is a little… passive though (plus, you’ll get cold).

Tromsø offers all of the above in addition to whale watching tours and a variety of day-trips from the city. Make sure to try out the Fjellheisen Cable Car for some breathtaking views of the city. Alternatively, take a few days in the Lyngen Alps to go skiing and pop in to Aurora Spirit for some whisky tasting and a little Jacuzzi on the edge of the fjord! 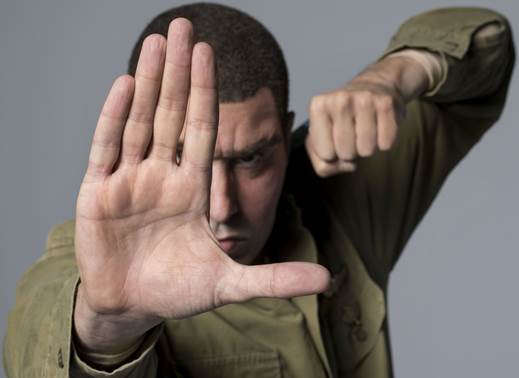