The dauntlessness of our roadmap is not unlimited. The Great Ocean Road (an Australian National Heritage) is about 243 kilometres stretch of road from Geelong to Nelson. We decided to end our adventure midway at the Twelve Apostles, 7km east of Port Campbell.
bye ng
5 minute read
22
SHARES
ShareTweetLinkedin
WeiboLineTelegram

After days stuck in a conference, Isla and I were delirious to get on the road immediately when Hertz gave us our keys to a gleaming white Holden Captiva (the Australian version of the Chevrolet).

Minutes later, we laughed ourselves silly when we couldn’t quite figure out how to start the car or find the handbrakes. A blow to our confidence but having the ability to laugh at our own silliness bounced us back in no time and that’s what makes us as closer than a pair of quirky, crazy socks. However, it takes more than just silliness to attempt conquering The Great Ocean Road in a day. We were also feeling reckless and audacious when a random call of freedom from a winter road trip was beckoning.

The dauntlessness of our roadmap is not unlimited. The Great Ocean Road (an Australian National Heritage) is about 243 kilometres stretch of road from Geelong to Nelson. We decided to end our adventure midway at the Twelve Apostles, 7km east of Port Campbell. Several spots along the south-eastern coast of Australia were mapped out where we can pull over and stare down the gorgeous coastlines, breathe in the breezy, balmy winter scent of the Bass Straits before venturing into pockets of thick eucalypt forests in the Otway hinterlands.

We were detected of speeding at the Great Ocean Road, Skenes Creek between 180km post and Bass Crescent. 60km/h was the speed limit. We overshot by 7km/h with Calvin Harris – This Is What You Came For played on loop half of the time on the road. Wasn’t very helpful but that AUD194 fine was well spent. And my sneaking suspicion that we will be stupefied by the choice of meals on the road were validated. Time was scarce.

We chose beauty over grub.

21km from Apollo Bay, we drove through strange, mystical eucalypt forests leading to the Cape Otway Lighthouse where the Southern Ocean collides with Bass Strait. Deriving therapeutic healing from the strong, steady winds and heavy sounds of the waves which surrounds Australia’s oldest working lighthouse, we found ourselves in a cocoon of serenity. The calm surroundings sets off a tranquil and contemplative mood.

“Are you guys talking?”

“Isla, don’t get me started. He doesn’t keep his words and promises. Will things really get better if I moved over to Hong Kong? I don’t think so.”

“He’s trying to escape his responsibilities. You know that, don’t you?”

“I just don’t understand how did that beautiful soul I loved became an irresponsible, dismissive stranger?”

I took over the wheel. The edgy coastal view brings its own drama.

Having to enforce gentleness for the sharp twists and turns which went on more than 400 km at 30km/hr did wonders to sooth the frustrations within me that were stabbing painfully like an annoying blunt fork.

When I hit the verge of stepping on the accelerator, the sharp turns throw me off the edge; rubbing off the defiance in my obnoxious heart. Gradually I began to feel myself again as the cold winter wind came crushing on my face cruelly. Reminding me that pain makes me feel more alive.

“People are afraid of themselves, of their own reality; their feelings most of all. People talk about how great love is, but that’s bullshit. Love hurts. Feelings are disturbing. People are taught that pain is evil and dangerous. How can they deal with love if they’re afraid to feel? Pain is meant to wake us up. People try to hide their pain. But they’re wrong. Pain is something to carry, like a radio. You feel your strength in the experience of pain. It’s all in how you carry it. That’s what matters. Pain is a feeling. Your feelings are a part of you. Your own reality. If you feel ashamed of them, and hide them, you’re letting society destroy your reality. You should stand up for your right to feel your pain.” ― Jim Morrison It was empowering to witness the remaining 8 of the Twelve Apostles endure the harsh, painful lashing of howling winds and tempestuous seas waves. The fierce elements of the Southern Ocean in Port Campbell National Park erode the lofty stacks at a rate of roughly two centimeters a year. But in this rugged brokenness, nature seeks reconciliation in gentleness every evening. We were captivated the moment we locked eyes with the sun while she sets over the golden cliffs and crumbling pillars of the Twelve Apostles. Makes no wonder that Hippocrates, the father of modern medicine, recognized the healing quality to nature in his humbling statement: Nature cures—not the physician. We took time to appreciate the fading of the cloudy, moody day as the last orange rays paints over the sublime horizon in drapes of pink.

Hours later, it felt like we drove through a black hole and finally found our way back to our terrace at Montclair Avenue 1 right before the clock turns midnight.

Isla climbed into bed after a long chat with her boyfriend and lets out a long breathe. I rolled in chuckles of laughter.

“What an adventure. Are you that prone to sympathising with the sufferings of the reckless?”

“Hey, not all those who wander are lost. We wandered extremely far today. Tested our limits,” I tried my most sinister smile ever.

“No regrets at all,” Isla stared at me in resignation which requires the acceptance of the inevitable. That she is a strong women still fresh enough to fight the fatigue of this reckless adventure. Isla had to take the wheel most of the time as I’m hopeless at night driving with super dry eyes in contacts lenses, stranded without glasses and lense solution. She’s a godsend.

Verdict: Worthy of another attempt to conquer these stunning coastlines again before I turn 35. To set aside at least a week to enjoy The Great Ocean Road at a more idyllic pace.

—
Some names and identifying details have been changed to protect the privacy of individuals. e ng is our travel correspondent. She claims her stories have nothing to do with her addiction for holidays or fiction. Her driving skill is so-so but she has a penchant for monster cars. 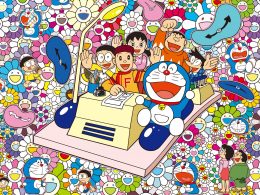 Doraemon Exhibition to arrive in National Museum Singapore that lets you explore the past, present, and future of Doraemon

Straight from Japan to Singapore, the first Doraemon Exhibition to be held outside of Japan will open at…
byIrone Kim As you transform your existing lifestyle into a healthy one, you often need motivation to power through your…
byCarrie Er 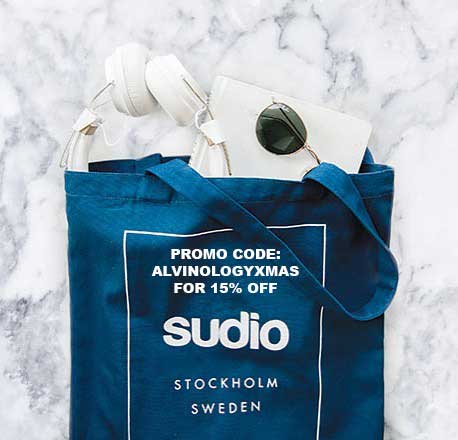 Christmas and the New Year are just round the corner and if you need gift ideas, consider getting…
byalvinology