Five Singapore celebrities who got into trouble because of their cars

So, the biggest showbiz news in Singapore is about Singapore television actress, Rui En, 35, being investigated by the local police for knocking over a stationary motorcycle.

Speaking to Lianhe Wanbao, the owner of the motorcycle, Bahrom Sarmiten, 52, said that Rui En smelled of alcohol and the first thing she said was: “Do you know who I am?”, after he confronted her for knocking into his vehicle.

If she was really drunk driving, Rui En may face a jail sentence, based on the precedent set by fellow actor, Christopher Lee, number two on the list.

In October 2006, a drunken Lee drove his car out to hunt for supper when it hit a motorcyclist and his pillion rider, injuring both. Lee then fled the scene. He was jailed for four weeks, fined S$4,500 and banned from driving for three years.

He learned his lesson well though.

In a separate accident in December 2015, Lee was was leaving the Sembawang Hill Food Centre carpark after a meal when he bumped into a car parked near him. Instead of running away like he did in 2006, he tried to locate the owner of the vehicle, even going to the extent of asking a few stall owners at the hawker centre if they knew the owner. In the end, he wrote his contact details on a piece of paper, leaving it on the car’s windshield. Such a nice guy!

In July 2013, Quan knocked down a pedestrian at the traffic light junction of Selegie Road and Sungei Road. The signal was green at the time. She was charged in court and fined S$800 and banned from driving for three months as punishment.

This is her third brush with the law in Singapore. In 2011, she was placed on 15 months’ probation after an altercation with a cab driver. In 1996, she was fined S$1,000 for fighting with a bowling alley assistant.

Not sure if she learned her lesson, but so far, Quan seems to be controlling her temper well and keeping a low profile outside of her television works.

Suria actor Nick Mikhail rented a Toyota Mark X from the car owner and sublet it out to a third party for the same price to get some extra cash. The car and the third party went missing. Eventually when the car was found, it was involved with an accident and was being impounded by the local police for a drug-related investigation.

This case has so much twists it seems as if it is from a detective novel!

Singapore top movie director, Jack Neo, was embroiled in a ‘sex-for-role’ case in 2010 with a 22 year old model, Wendy Chong. Jack is married with kids and was having an extra marital affair with Chong who is 28 years his junior.

Many of their sexual trysts were allegedly done in his spacious modified Toyota Alphard which has curtains installed and tinted windows.

There were online rumours going around that the sales of Toyota Alphard shot through the roof after the news broke and was unofficially dubbed as the perfect ‘love mobile’.

The list ends with just five names for now. Let’s hope it won’t get any longer and our local celebrities learn to behave when dealing with vehicles. 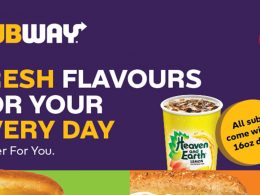 [CONTEST] Win a FREE Subway Meal by coming up with the craziest Subway Meal Name and Ingredients Idea; Here’s how – Turkish designer and Central Saint Martins prodigy Bora Aksu has chosen to set up his first standalone store…
byCaren Foo
We are now on Telegram with daily deals and giveaways! Click and join our channel. It's FREE!
See how Snapask has been helping out over 3 million students around the world. Find a perfect plan