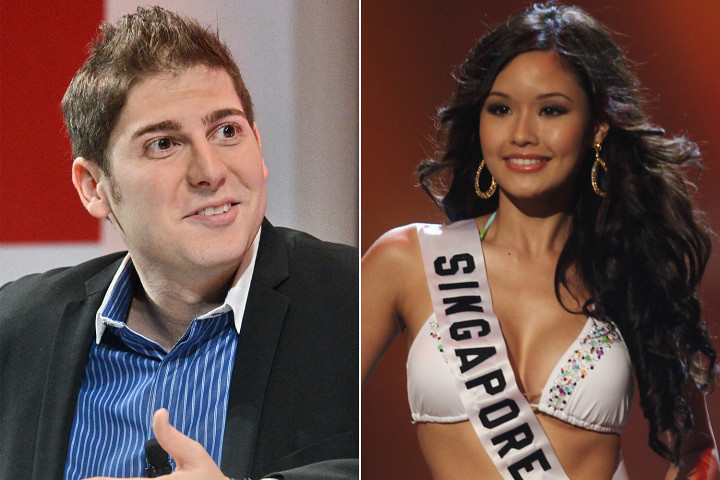 There are articles floating around online that the co-founder of Facebook, Eduardo Saverin is going to marry Miss Singapore Universe 2009 Rachel Kum at the Grand-Hôtel du Cap-Ferrat Four Seasons on June 27. It was also reported that Saverin had previously invested in her makeup company Rachel K Cosmetics.

New York Post’s Page Six was the first English media to break the news online. However, the site had since changed the article to state that Saverin got engaged to his Indonesian Chinese fiancee Elaine Andriejanssen instead. Page Six first picked up the report from a Brazilian website, Glamurama that claimed Saverin is flying in his friends from all over the world for the big day.

Now, Tom Goodman, a spokesman for Brazilian-born Saverin told Page Six that Saverin “has never dated Miss Singapore, and never invested in her company. He is not marrying her.”

There is a 2010 video by Channel NewsAsia which featured Rachel Kum together with Saverin as her “friend and mentor” for the Rachel K Cosmetics line. Maybe that’s why there are reports that Saverin had invested in her company:

Even after the clarification from Page Six, many other news media sites like the Daily Mail and Channel NewsAsia continue to pick up the same story of Saverin getting married with Rachel Kum, citing Page Six.

So who precisely is Eduardo Saverin getting married to?

Plus he has a verified status on Facebook, which means the posts on his Facebook account are legitimately posted by him or authorised to be posted by him right? 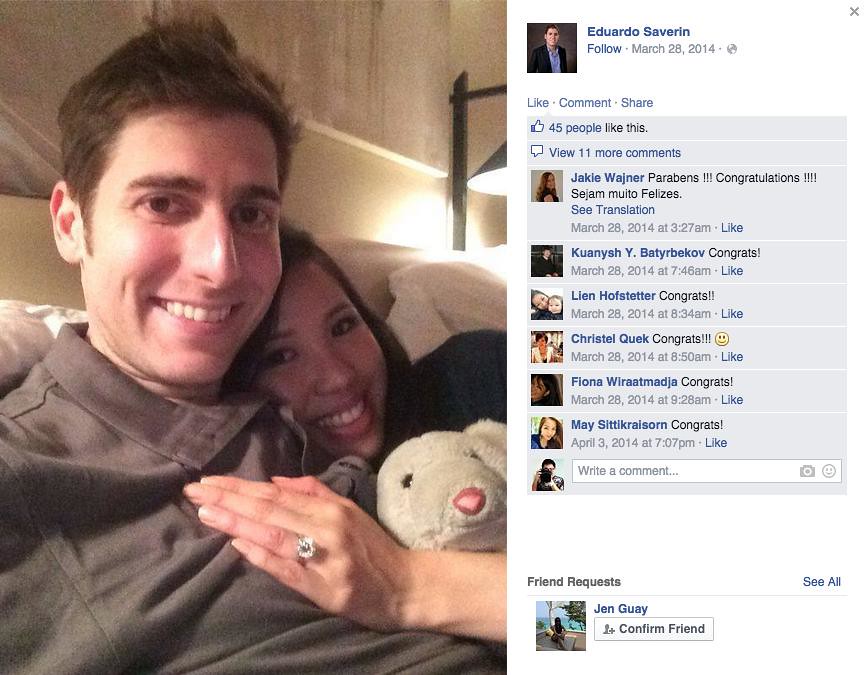 Sorry Singapore, it was not our Miss Singapore 2009, but another classy lady from neighbouring Indonesia.

Unlike Rachel Kum, not much is known about Elaine Andriejanssen. Her linkedin account lists her as a graduate from Tufts University, working as a Quantitative Research Analyst at Franklin Templeton Investments. Other than that, she mostly draws a blank.

Saverin, 33, who lives in Singapore after renouncing his US citizenship in 2012, is worth US$5.1 billion, according to Forbes.

Congratulations to both Andriejanssen and Saverin on the engagement. A pity they would not be in time to make a SG50 baby though. Otherwise, the Singapore government would be very delighted, with our prime minister Lee Hsien Loong being  the first to send them a SG50 baby bonus package. This National Day, Jetstar is giving Singapore residents the opportunity to explore the beautiful island they call home.…
byIrone Kim 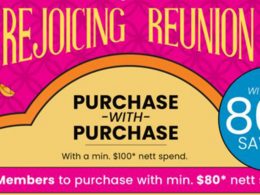 BHG celebrates CNY by giving away up to S$40,000 vouchers and discounts of up to 80% off! See Best Deals Here –