Ciao, buongiorno. Hello everyone! In a follow up to my recent pieces of travel writing on Rome, I have decided to compile a Q&A to deal with some of the questions you may have on Italy as a tourist.

Q1: Are Italians generally quite fashionable?

Ah yes, the country that gave you Gucci, D&G, Fendi, Armani, Ermenegildo Zegna, Prada and Valentino just to name a few of the many iconic Italian fashion labels. But no, the simple answer is that Italians are no more fashionable then their other European counterparts. What you have instead is a spectrum of everything from very well dressed Italians to messy slobs (and everything in between) when you walk down an average street in an Italian city. Don’t forget that anything from a designer label like Prada and Gucci is very expensive, even when you buy it from a boutique in Italy and that these are pretty much what rich Italians buy. Perhaps I am stating the obvious here, but not all Italians are rich enough to shop at designer boutiques and spend 800 euros on a handbag or a pair of shoes, hence you have many Italians who dress very simply and you will encounter some very badly dressed Italians anywhere in Italy. Furthermore, the Italian summer (which lasts from June to September) can be frightfully hot with temperatures exceeding 40 degrees (the record is 48.5 degrees), hence during the summer season, it is the uncomfortably high temperatures that dictate the fashion rather than designers’ tastes. So no, Italians are not generally quite fashionable even if it punches way above its weight in the designer clothing and accessories market.

Q2: Do they speak English?

Well, yes and no. If you are traveling to a touristy area and dealing with people in restaurants, hotels and tourist attractions, then of course they will speak English reasonably well. But if you are trying to approach your average Italian person in the street or train station to ask for directions, you may find that they are unwilling tor unable to speak English with you and whilst they may be happy to give you the information that you need, they will only give it to you in Italian. This is especially true once you get out of major city centres and venture out into smaller towns and countryside where they are not used to encountering tourists. Regardless of whether they speak English or not, I feel that generally Italians are quite polite and friendly – though you may meet the odd crazy person, every country has their share of crazies!

Q3: Is the pizza and pasta in Italy much better than the ones we get elsewhere?

Oh you would be amazed – my answer is no, I think it is pretty much the same if you are already used to having high quality Italian pizzas where you live! Certainly where I live in London, I have no problems accessing high quality, authentic Italian pizzas with such thin crusts. Italian food is so popular that it is widely available around the world: please note that those really thick American style pizzas (aka “deep pan” Chicago style) are not Italian at all, so you will not find that in Italy – though I did encounter something that was somewhat similar in Rome recently. On my first day in Rome, I was passing through the train station and just needed to grab a snack – there was a vendor selling slices of what I thought looked like pizza, so I grabbed two slices: it wasn’t pizza at all, but it turned out to be more like a focaccia bread with various toppings. The bread/crust was thick but it was not doughy like that American-style deep pan pizza.

As for pasta, it really depends on where you eat it. Some places which are catering for the tourists wouldn’t make much of an effort to impress them, whilst the places which primarily cater for a local clientele will make a greater effort with their pastas. Nothing beats a simple pasta dish with a high quality pesto sauce in my opinion and if you can find a place where they make their own pesto freshly everyday in their kitchen, you will be amazed just how much better it tastes compared to that jar of pesto you get from your supermarket. Other signature Italian dishes from tiramisu to cappuccino to risotto are also pretty much on par with what I get in London, that goes to show how popular authentic Italian cuisine is around the world.

Q4: What else do Italians eat apart from pizza and pasta?

Well, there is so much more to Italian cuisine! Pizza and pastas are high in carbs and would fill you up if you’re hungry, but there are plenty of other dishes that make up an Italian meal. They produce some very high quality ham like parma ham which is so fine and delicate you would just eat it on its own as a starter. There are also plenty of interesting salads that would come as side dishes. Apart from pasta and breads, there are also other forms of carbs like polenta (cornmeal), risotto (rice) and gnocchi (soft dumplings). I am also very fond of the arancini: which is a small rice ball mixed with chopped meat, cheese, spices and vegetables, coated with breadcrumbs and then deep fried – it is often eaten as a street-food style snack but also served as a side dish. The main courses would be similar to other European cuisines: you would have a meat or fish dish, served with side dishes potatoes and vegetables or a salad. Then there are all kinds of delicious deserts to round off a meal, but nothing beats an authentic Italian gelato (ice cream).

Q5: Is it easy to move around Italy as an independent traveler or do I need to join a guided tour?

Yes actually. Public transport is incredibly well organized and at least in big cities, signs are usually in both Italian and English. It is just as well that the default foreign language they use is English as opposed to say, Spanish or French which is a lot closer related to the Italian language given their shared Latin roots. Like I said, most people dealing with tourists will speak some English and even those who are not fluent in English will make some effort to communicate with you in English if you are spending money with them. Italy is a relatively safe country and I never ever felt unsafe even walking around the streets of Rome late at night given the very visible presence of the Carabinieri (the police) everywhere. Tourism is a huge industry in Italy – so there are plenty of resources for you to use online to plan your trip to Italy. There is certainly no need to join a guided tour as long as you’re willing to do some planning in advance.

Q6: Is Italy generally an expensive country to visit, compared to other European countries?

Yes and no. I think it is mid-range. Countries like Denmark, Norway, Iceland and the UK are considered more expensive to visit and then you have the budget countries in Eastern Europe like Romania, Bulgaria, Serbia and Poland. Italy comes in the middle of that spectrum: more expensive than Spain but still cheaper than France. Let me give you an example: when you have a set meal in Spain which includes a starter, a main course and desert (often with a drink thrown in), that will come in at around 7 to 9 Euros. But in Italy, the same thing would be around 12 to 15 Euros. There are very few bargains to be found in a place like Rome – whilst there are budget options when it comes to accommodation, make no mistake – you will get what you pay for: so if you want to spend very little, you’ll end up either out in the middle of nowhere far away from the tourist attractions, or you’ll be stuck in a grubby little backpacker’s hostel. A nice Italian ice cream would cost you about 2 to 3 euros, whilst a coffee in a cafe would cost you about 1.5 euros. 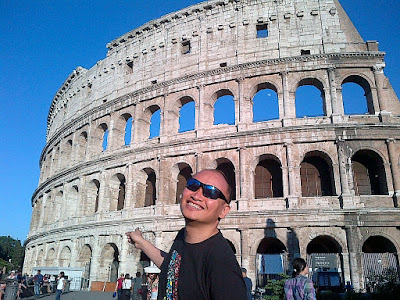 Q7: Is the coffee in Italy much better than elsewhere, given the word ‘Cappuccino’ is Italian?

Again, not really! It’s pretty much the same – I guess that reflects how the international standard of coffee in the world has become quite standardized given how it is so popular all over the world.

Q8: What about all these African illegal migrants desperately trying to reach the shores of Italy by sailing across the Mediterranean from North Africa –  there are so many news reports about them, will you actually see any such migrants just wandering the streets in Italy, begging, homeless, destitute…?

No, you won’t. That’s the simple answer. The fact is very few of these migrants actually manage to slip through the net – many of them are picked up either by the Italian coast guard or the police the moment they arrive on the shores of Italy. Many are happy to receive food, water and medical attention when they encounter the Italian law enforcement authorities, but they are then put into refugee camps where they are cared for whilst their cases are being processed. That means that they are not going to wander around the streets of major cities whilst they are in these refugee camps, which are often out in the countryside or small towns. And yes, you do see black people in big cities, but they’re not beggars or homeless or anything like that – they’re working in ordinary jobs. Besides, the majority of these migrants reach the very southern fringes of Italy and if you’re in the central or north of Italy, you’re very unlikely to encounter them.

That’s it from me for now on the topic. If you have any other questions about visiting Italy, please feel free to leave me a comment below and I’ll be glad to answer your questions. Many thanks for reading, grazie! 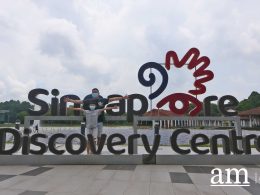 Rediscover Singapore at the Singapore Discovery Centre – FREE admission to the Permanent Exhibits Gallery and More for Singapore Citizens and PRs!

Over the centuries, women have made huge strides in achieving gender equality. Many inventions and advances in tech…
byIrone Kim