What would you consider as straits cuisines?

I was invited for a media tasting a few weeks earlier and tried out all three of their cuisines offerings. As a tribute to Singapore’s colonial heritage, the Straits Express seeks to trace the food that patented that history in time with its true-to-cuisine chefs; decorated Peranankan chef, Philip Chia, Penang-born street-food chef, Frankie Ooi, and Singapore’s own Anglo-Hainanese chef, Bermuda Say.

The restaurant is the brainchild of Tony Tan (owner of China One in Clarke Quay), James Wong (F&B veteran, former Managing Director of the ISS catering arm and former owner of Continental Delight Catering Services) and their partners.

When the opportunity arose in 2012 to bid for a landmark post in the iconic sports hub, the long-time friends and business partners did not take long to settle on creating a place that allows them to reminisce and indulge in the food that brought back pure joy and childhood memories.

A lot of love goes into the restaurant.

The group of friends are also history buffs. Together, they coined the nostalgic idea of introducing the Straits settlement’s glory in the form of a railway-themed dining scene with key but modern exterior and interior adaptations from the age-old Eastern and Oriental Express, linking the concept to Singapore’s colonial past as a trading post in the Straits settlement with Melaka and Penang from 1826 to 1942.

The restaurant soft-launched in November last year and had it’s grand opening on 8 April 2015.

Let’s go through the cuisines one-by-one, starting with Anglo-Hainanese. The lesser recognised of the three cuisines, the colonial heritage of the Anglo-Hainanese or English Hainanese style of cooking originated from the kitchens of many British households in old Singapore where the Hainanese served as cooks and servants. The hardworking and skilled cooks created a brand of English or western food with a Hainanese touch. They include the Anglo-Hainanese Pork Chop, Toad-in-a-hole, old-fashion Oxtail Stew, Hainanese Chicken Curry Pie, and other delights:

Next up are the Peranakan dishes created by Chef Philip Chia. Here are some classics:

Last but not least, authentic Penang street food were served:

These are all homely food from yesteryears and it is delightful to enjoy them via learning a little about Singapore’s colonial history.

Noteworthy dishes are the Peranakan dishes and the Penang Assam Laksa for me. The Anglo-Hainanese dishes, though interesting, do not appeal to me that much in terms of flavours. You may like them though. I find the “Toad in a Hole” a fun dish where many might just order to try out of sheer curiosity over the name.

Indulge in the new limited-edition Magnum Chocolate Orange at only S$10.90 for a minipack of six 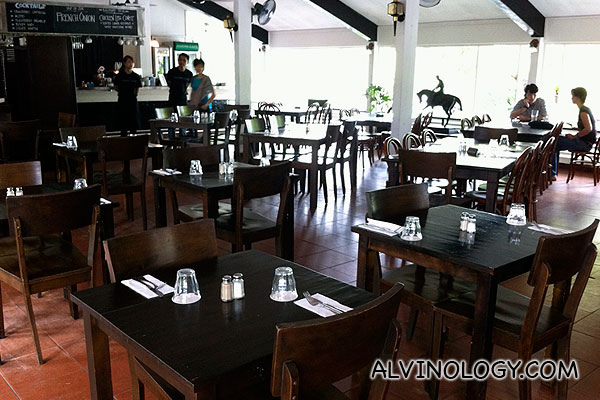 Opened in July 2007 by owner Janice Yeo, Riders Café is one of Singapore’s most popular brunch spot.…
byalvinology