Hello everyone. Some visitors to London have found the public transport rather expensive and whilst it is undeniably expensive compared to many other cities in the world, locals will often know how to get to your destination just a little bit cheaper. I have lived in London since 1997 and am now going to share with you some valuable local knowledge to get you around my city without paying a penny more than you should.

1. Get an Oyster Card

Yes you have heard this before – an Oyster Card offers you huge discounts compared to buying a paper ticket when using public transport in London. It is a prepaid ticket that is the size and shape of a credit card and you simply swipe in (and out – with the exception of buses) when using public transport with it. You need to pay a deposit of £5 which you can get back when you return the Oyster Card to any station upon your departure. Here’s an example of just how much you can save with an Oyster Card:

Why is it so much cheaper? Well, when the Oyster Card was first introduced, many people were surprisingly reluctant to change their ways and adopt new technology, the uptake was slow. Hence to force people to switch over to this new system, they had to use a carrot & stick approach. Discounts were offered for those using the Oyster Card whilst those who paid cash were made to pay more. That is the main reason: I suspect they also think they can make some money from those who turn up at a station insisting on buying a ticket with cash. There is also a very useful daily price cap feature on your Oyster Card: if you are making many journeys in one day, your Oyster Card will automatically stop deducting any more value from your card once you have hit that price ceiling for the zones you have traveled within London. So for example, most tourists never leave zones 1-2 in central London: the daily price cap for unlimited travel in one day within zones 1-2 is £6.40 – now compare that to paying £4.80 in cash for a single ticket within zone 1. It’s a no-brainer, you absolutely have to get an Oyster Card.

2. Plan ahead, avoid switching modes of transport (or even buses)

Now this is a problem with the London public transport system that sucks. In Singapore when I transfer from the MRT to a bus journey, I get a massive discount on the bus journey if I use the same EZ-Link card. But there is no such feature on the Oyster Card, so in order to minimize the cost of your journey, you should use only one mode of transport (tube, bus or train) and avoid switching between modes of transport. You can change trains as often as you like on the Underground/Tube system, but the moment you change buses, you pay again (yes that sucks). The problem is that the cheapest route may not always be the fastest route: the fastest route may involve you switching between modes of transport, but if you wish to save money, then you should consider walking a bit more from either nearest bus stop or tube station to your destination. You can use the TFL’s journey planner app and select the option of using only one mode of transport to find the cheapest (as opposed to the fastest) route for your journey.

Taxis are very expensive in London – let’s look at a taxi journey from Heathrow Airport into central London. That typically costs about £60. If you are traveling with a lot of heavy bags, then you may prefer not to struggle on the train with your luggage (mind you, the same journey on the tube can cost as little as £3). You can actually get up to 5 passengers into a taxi and that would work out to be about £12 per passenger but if you were alone, then that’s £60 for one person. Thus if you are traveling in a group, always try to share taxis – or simply use public transport instead. There are also private taxi companies (known colloquially here as ‘mini-cabs’) – they are marginally cheaper than official taxis but only just – always make sure that your mini-cab is licensed before getting into one.

Visitors to London can rent a bike for just £2 per 24 hour period thanks to the Santander Cycle Hire scheme. For just £2, you can have access to a bicycle for a 24 hours and as long as your journeys are under 30 minutes each time, there are no additional charges. This is considerably cheaper than using the tube or bus for a 24 hour period. Right now, the cycle hire scheme covers all of central London, East London (as far as Canary Wharf and Docklands), West London (as far as Hammersmith), South-West London (as far as Putney), South London (as far as Clapham) and frustratingly for me, it only goes as far as Camden Market in North London and my gym lies just beyond that! The cool weather in London makes cycling a healthy and fun option – do be careful when cycling on busy roads and always plan your journeys in advance as you don’t want to get lost. Check the weather as well as it can be miserable cycling in the rain or sleet.

Oh yes, you can walk around in central London and why not? When the weather is nice, you can walk around quite easily – I would limit my walking to around 15 to 20 minutes, anything further and I would consider using a bike or other forms of public transport. It is free, you can stop and take detours like popping into a shop and you get to burn some calories! The downside is that it is slow and the distance you can realistically cover on foot is limited. Certainly, for short distances, you should always walk instead of using a bus or train – just make sure you plan your journey in advance so you will not get lost.

Oh this is something that few tourists know about – the ‘continuation ticket’ – this is also sometimes known as a ‘transfer ticket’. Once in a while, your bus will terminate or change its destination midway through your journey. This is usually because the bus is way behind schedule, so to catch up with its schedule, the driver will simply turn the bus around before reaching the terminus. It is a pain in the butt when that happens, but what you should do is request a ‘continuation ticket’ from the bus driver before you get off the bus, so you can present it to the bus driver/conductor on the next bus you get because you shouldn’t pay again to complete your journey.

The obvious reason to avoid traveling during the morning rush hour is the congestion: you’re more than likely to have to stand during your journey because of the crowds. However, train and tube journeys that commence before 9:30 am will cost more. Furthermore, your daily price cap is going to be a lot more if you start using your Oyster Card before 9:30 am. So if you are here on holiday, don’t get up too early – have an extra cup of coffee at breakfast and make sure you start your first journey after 9:30 am.

8. Avoid renting a car in London

It can be very expensive to rent a car in London, even if you find a good deal. Whilst petrol isn’t too expensive, parking can be frightfully expensive in central London. Say you wish to have lunch in Soho and it will take you 90 minutes to have lunch. So you think, oh I will drive into town – think twice! Firstly, you will have to pay the congestion charge for driving your car into central London during 7 am to 6 pm on weekdays – so that’s £11.50. And to park your car in the West End, say you choose the NCP car park on Brewer Street, to park your car there for for 1.5 hours, it will cost you £24. So that’s £35.50 (that’s about S$71) before you even order your first drink at the restaurant (and I haven’t even factored in petrol and the car rental charge yet). Now imagine you had the car for a whole day and had to park at several places – you could easily spend over £100 just in parking in central London.

If you are traveling with children under the age of 16, make sure you take advantage of the discounts for them! Children between the ages of 11-15 can travel for half price and those under 11 can travel for free. For more details of these discounts, check out TFL’s website here.

Lastly, London is expensive enough as it is – you don’t want to get hit with a fine to spoil your visit here. If you are caught without a valid ticket or Oyster card when traveling, you could be hit with a rather steep fine (more details on the TFL’s website) and yes they do check your tickets and Oyster cards.  Even for cyclists, it may be tempting to run a red light when there is no traffic, but if caught red handed by the police, you could end up paying a £30 on the spot fine. You may think you are safer by cycling on the pavement instead of on the road – but that is against the law and if caught, you would be fined for that offence as well.

So there you go, hopefully with these tips, you will find the London transport system just a little bit more affordable. If you have any other questions about London or traveling around the UK, please leave a comment below. Many thanks for reading.

In celebration of the nation’s 54th birthday, foodpanda has dug into its data and reveals what tickles Singaporeans’…
byIrone Kim

I went for a hair and scalp consultation session with Beijing 101 last week. Yes, Beijing 101, the…
byalvinology 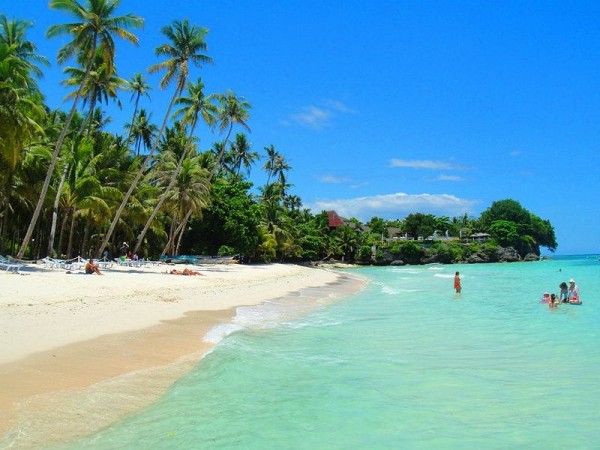 Looking for a getaway to forget all your troubles and just relax? A beach vacation to belmond cap…
byContributor