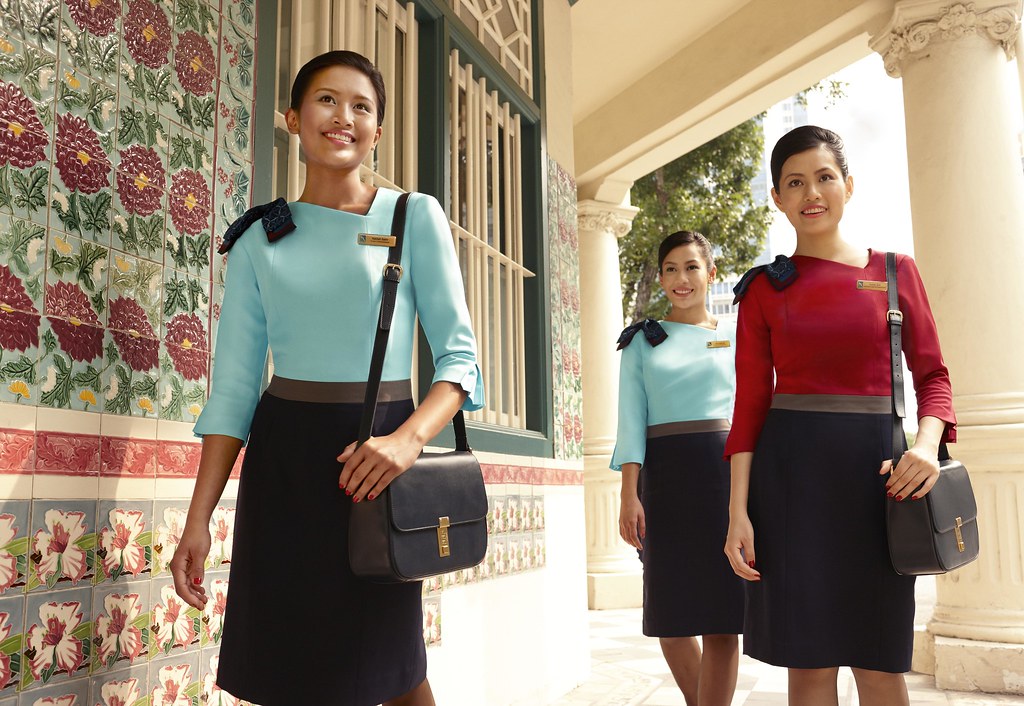 After 26 years in the air, SilkAir today launched a new collection of uniforms for its over 500 cabin crew. I attended the media event at ION Sky where a fashion runway was staged for the launch, featuring real SilkAir cabin crew:

The new design embraces a professional, chic new style that demonstrates the airline’s ongoing commitment to ensure the brand remains relevant for the times. Rolling out on all flights on 15 April 2015, the new one-piece uniform comes in two variations – aqua-blue for junior crew and a plum-red version for senior crew: 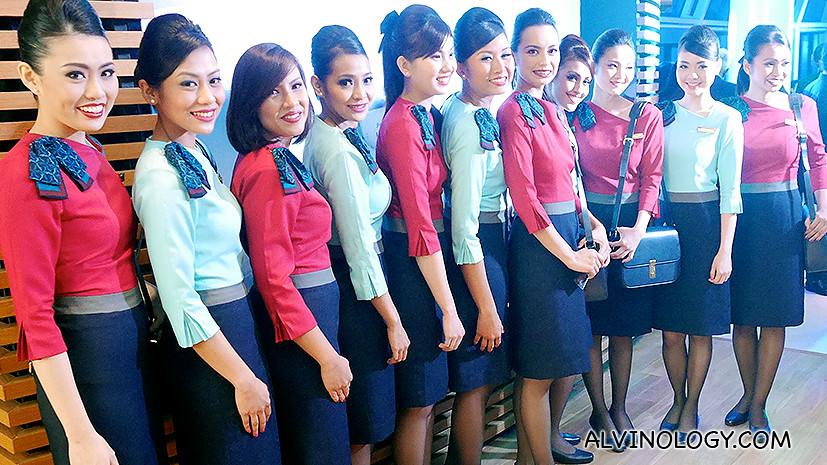 Both variations of the uniform are accompanied by a dark blue skirt to synergise with the image of SilkAir’s parent company, Singapore Airlines.

“The interplay of bright and dark colours creates a classy appeal that pairs with a touch of vibrancy to reflect a youthful liveliness that customers can expect. At the same time, an asymmetric neckline gives a polished and refined look with a touch of modernity and style. Synonymous with SilkAir’s high standards of service, the sleeve pleats mirror SilkAir’s attention to detail and thoughtful service with a touch of surprise, and the seagull patterned georgette bow pin artistically represents the airline’s signature logo, with a fine touch of sophisticated femininity.”

Commenting on the new look, Mr Leslie Thng, Chief Executive of SilkAir said, “The SilkAir cabin crew are our ambassadors, and their uniforms a representation of the SilkAir brand and the warm service that differentiates our airline. After 11 years with the current style, this uniform change marks a milestone for us as we present a look which further aligns with our role as the regional wing of Singapore Airlines, providing connectivity to 48 leisure and business destinations in the Asia Pacific region. The new design captures exactly what our brand stands for today – a blend of style and sophistication with a touch of modernity consistent with the changing times. It symbolises our goal of making every point of our customers’ experiences on-board an absolute ‘Joy to Fly’.

The new uniform collection was created by local fashion designer, Alexandria Chen, a NAFA graduate who established her namesake collection, “Alexandria Chen” in 2012 and has designed uniform collections for various established hospitality brands. She said, “When designing the new uniforms, the aesthetics were just as important a consideration as the practicality of the design. The new SilkAir uniform is stylishly cut and fitted with a defined waistline which makes it easy to wear, flexible and comfortable, allowing cabin crew the ease of movement as they carry out their duties.”

Its first uniform was the seagull motif dress by home-grown designer, Celia Loe, reflecting SilkAir’s image as a resort airline in the early 1990s: 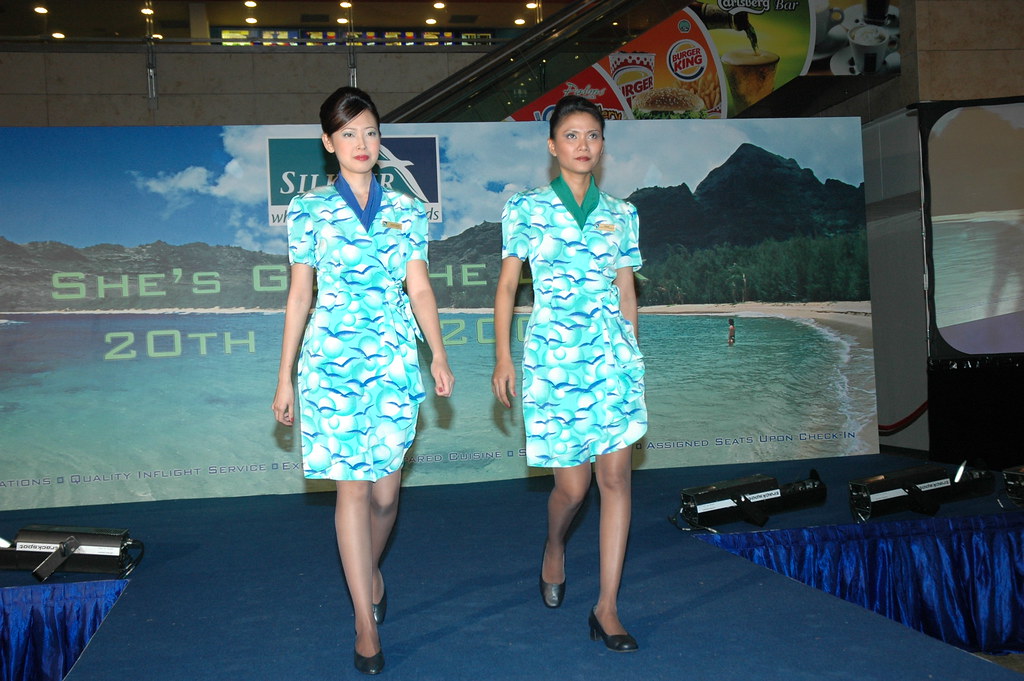 In 1994, SilkAir adopted a Balenciaga designed uniform, comprising a floral blouse, skirt and fitted jacket which echoed SilkAir’s expansion in the market and focus to reach out to business travellers in addition to holidaymakers: 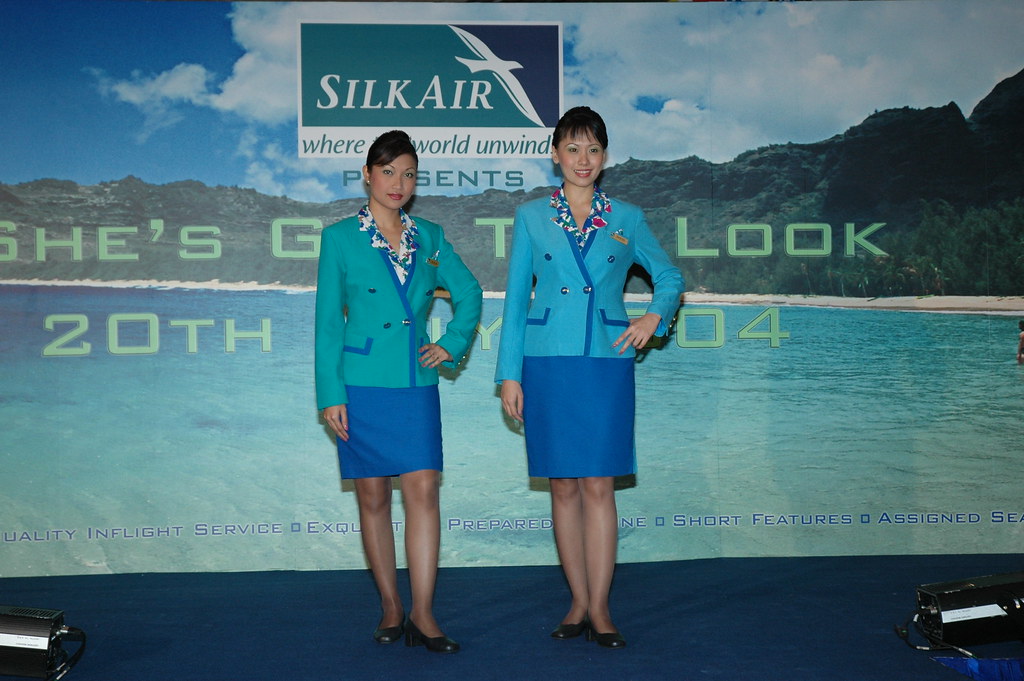 A decade later, in 2004, SilkAir launched the current one-piece wrap dress with an oriental design created by its own cabin crew: 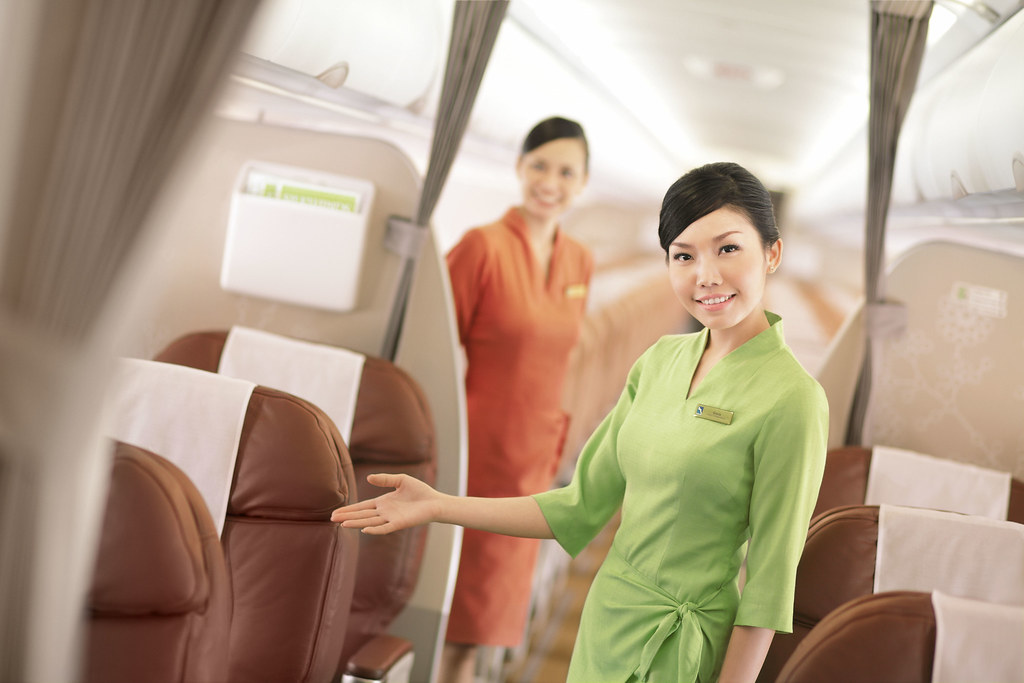 How does the new design stack up against the earlier ones? 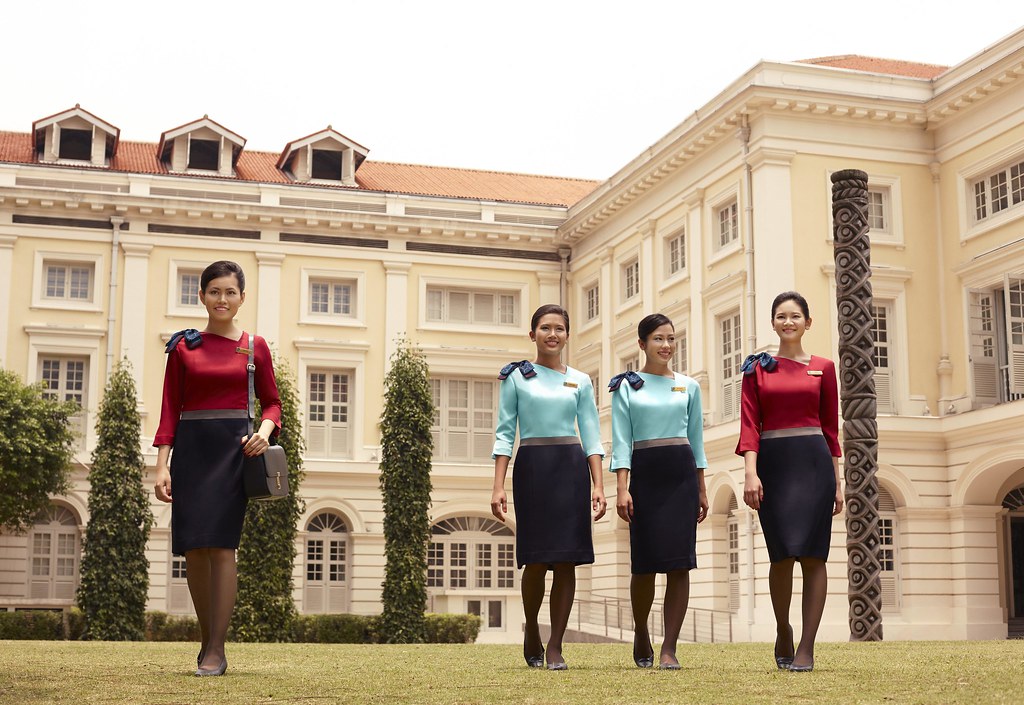 Personally, I like that SilkAir goes back to a home-grown designer for it’s latest uniform update. After one round from local designer Celia Loe to Balenciaga to a design from it’s own cabin crew, it’s back to square one. This is like the Eames’ banana leaf parable! 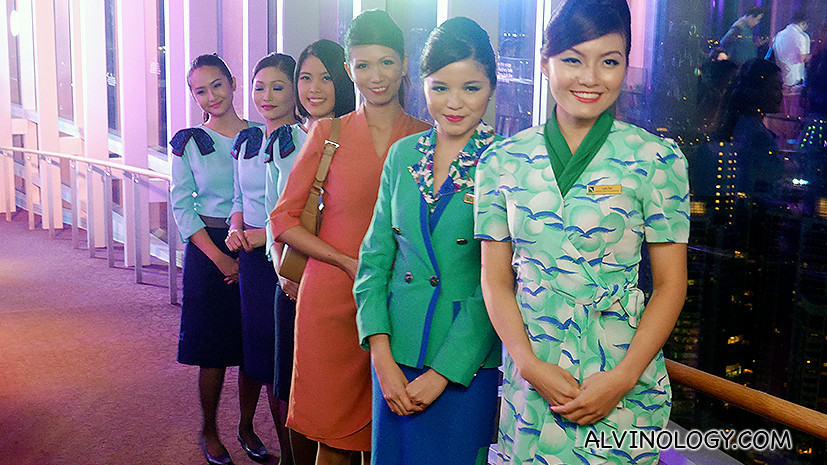 The airline took to the skies in February 1989 as Tradewinds the Airline, before evolving into SilkAir in 1992. In its early days, the airline catered to passengers holidaying in exotic destinations in the region, including Phuket and Tioman. As the carrier developed, regional business destinations such as Phnom Penh, Yangon and Kuala Lumpur were added. 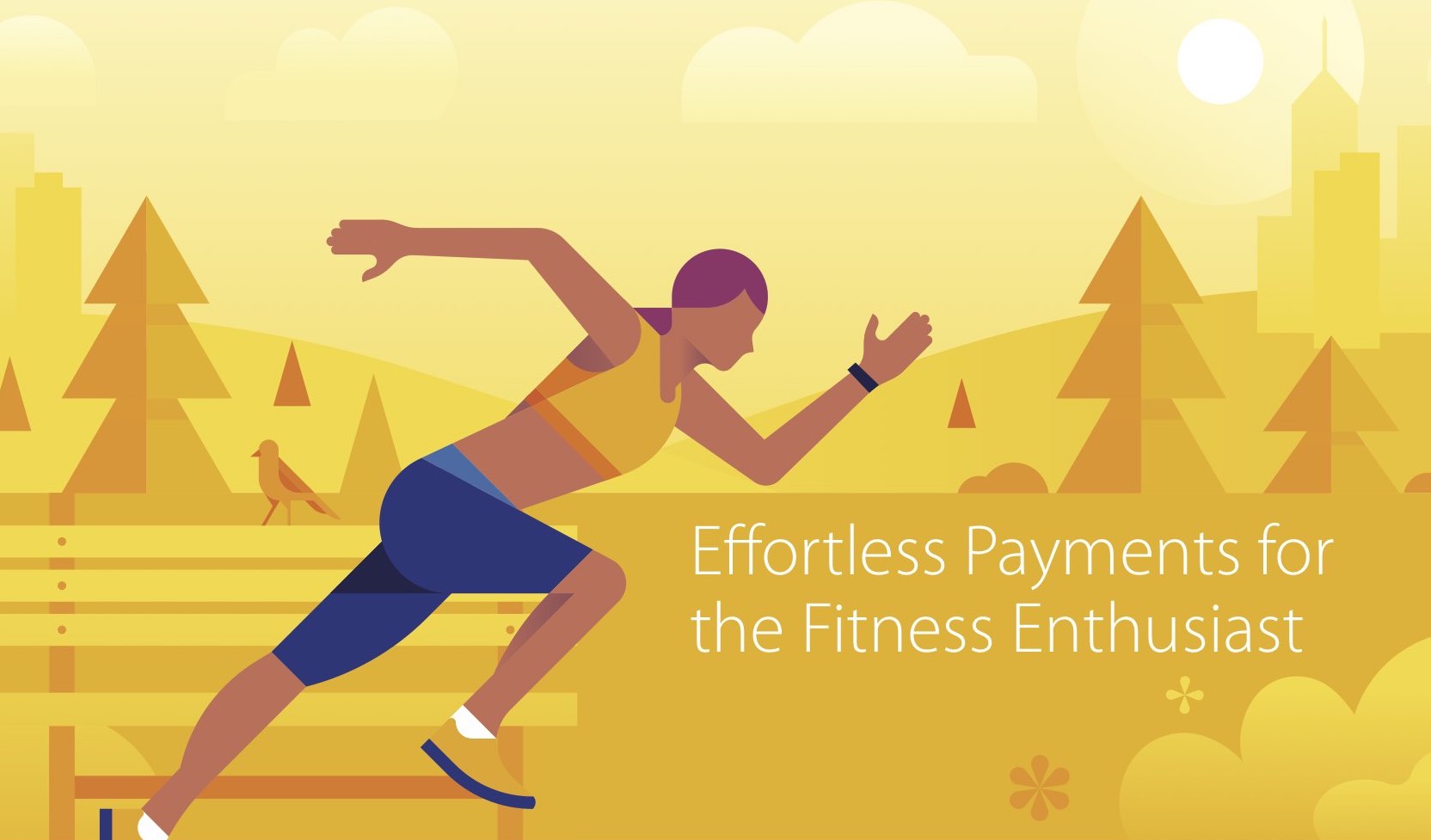