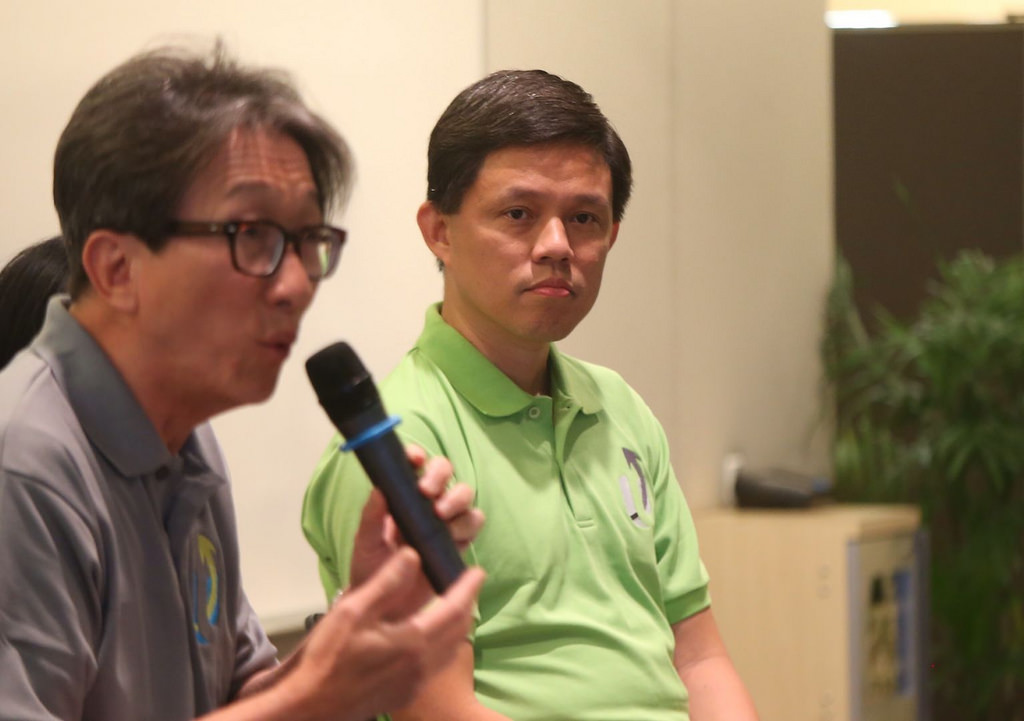 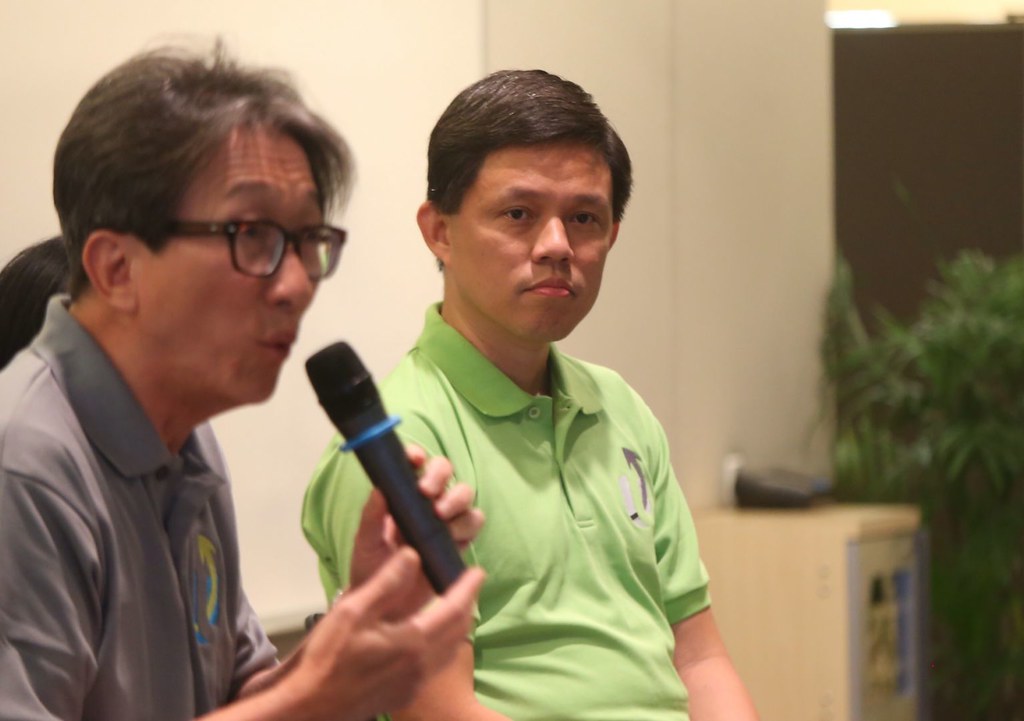 The Singapore cabinet announced a reshuffling yesterday for some key positions. One of the most noteworthy is the change of guard from Lim Swee Say to Chan Chun Sing from May 4 for the labour chief position at the National Trade Union Congress (NTUC), Singapore’s national confederation of trade unions in the industrial, service and public sectors, which has 61 affiliated trade unions, one affiliated taxi association, 12 social enterprises, five related organisations and over 850,000 members.

Lim will be appointed Minister for Manpower and will also relinquish his appointment as Minister in the Prime Minister’s Office (PMO) on May 4.

Chan will be appointed Minister in the PMO and relinquish his appointments as Minister for Social and Family Development and Second Minister for Defence from today. 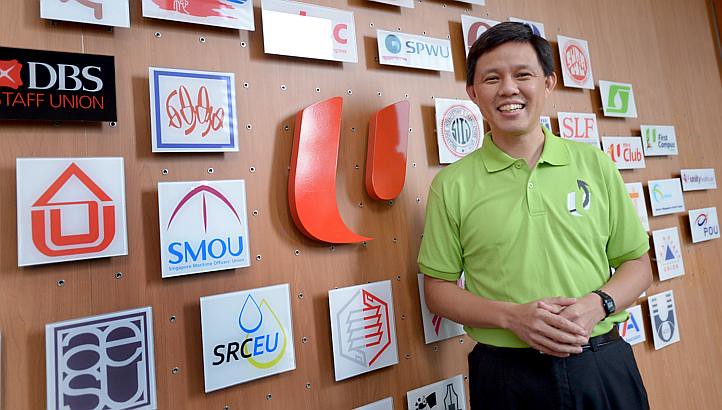 The coming Labour Day rally on May 1 will be an interesting one to watch and look out for key changes in this transitional phase.

The labour movement is an important piece of an entire jigsaw that keeps Singapore going. The late founding Prime Minister Lee Kuan Yew himself was actively involved with the trade unions in his younger years.

Is this a sign of greater things to come for Chan?

Online speculations are aplenty that he just might be our next prime minister after Lee Hsien Loong steps down.

Regardless, instead of any grand posturing, Chan has humbly thanked the outgoing labour chief for his contributions and shared on his legacy in a facebook post.

Yesterday, NTUC President Diana Chia accepted Lim’s resignation and thanked him for his contributions to NTUC as the labour chief.

Make A Difference, Change Our World;

and One Race to the Top.

They may sound cute, maybe even silly at first, but on deeper reflections, there are important underlying messages which Lim seeks to bring across to the Singapore workforce to ensure our competitive edge and keep up employment rates.

How many of these phrases do you remember?

I can still remember the jingle for a few of them until today!

In his resignation letter, Lim shared that he first joined NTUC in 1996 and was inspired by the strong belief and firm commitment that a job is the best welfare, and full employment, the best protection for Singapore workers.

A year later, we were hit by the Asian financial crisis. As the Executive Secretary of two major industrial unions, Lim witnessed the anxiety and impact that a sudden downturn had on workers. Together with his team, Lim stepped up efforts in two important areas – first, enhancing the employability of workers so as to minimise structural unemployment and second, helping retrenched workers and job seekers secure new jobs so as to minimise unemployment and underemployment. 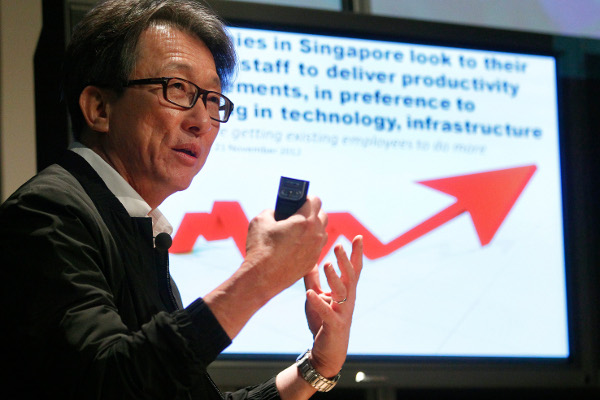 The progress made was evident as Singapore was able to “Upturn the Downturn” in Lim’s own words, during the global financial crisis in 2009.

Lim left to join the Singapore Government service in 1999 and returned to the Labour Movement in 2004. By then, three potential divides became apparent in Singapore’s workforce: ageing workforce, widening income gap and greater dependency on foreign manpower.

To help bridge these divides, under Lim’s leadership, NTUC set out to reposition itself as an inclusive “All C.A.N.” Labour Movement for all Collars (high and low), all Ages (young and old) and all Nationalities (local and foreign) of workers in Singapore.

These were major but necessary moves. Under Lim, NTUC advocated for change, and championed initiatives that evolved into policies and programmes at the tripartite and national level. The list includes skill Re-development, Job Re-creation, Employment & Employability, Re-employment, Progressive Wage, individual and collective representation of PMEs, outreach to migrant workers and freelancers, and back-to-work and flexible work arrangements for women.

During Lim’s stint as labour chief, union membership grew from less than 500,000 to over 850,000 today after repositioning. 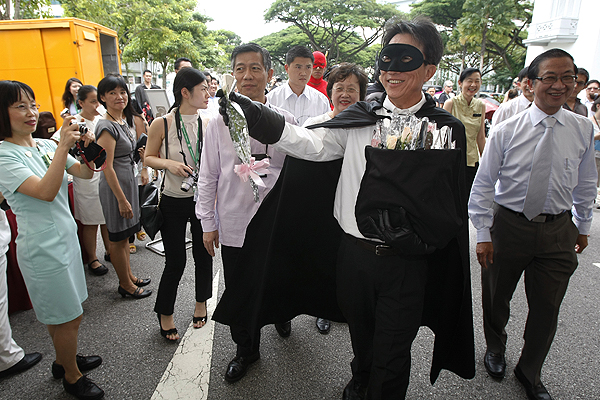 Most of all, the development and renewal of union leadership has also strengthened. Through the collective commitment and efforts of the unions, NTUC had put in place a “3 Flow” system for the flowing-in of young activists, flowing-up of promising unionists and flowin-on of mature union leaders in a planned and more orderly manner.

This seamless and selfless transition of leadership at all levels put NTUC in a good stead to secure the future of the Labour Movement in the broader interests of Singapore workers.

In his final farewell, Lim said he was thankful for the privilege of serving workers, members and unions, alongside 6,000 union leaders and activists.

May the good work “flows-on” in the Singapore’s labour movement. 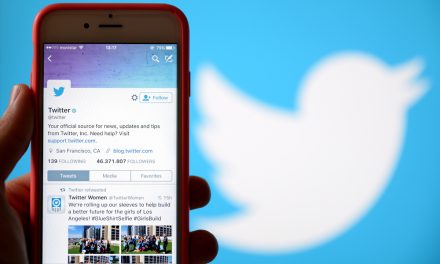