[VIDEO] Amos Yee is back! This time to troll Lee Kuan Yew

Sorry Amos, I really do not think it is funny or appropriate to put up a video like this at this juncture. You do not have to agree with Lee Kuan Yew’s actions or endorse his legacy, but at least have the decency to respect the mourning period and his family’s feelings during this difficult time.

I think you are smart, articulate and creative, maybe even gifted, but you should put your skills to better use than this.

The stupid video you made in 2012 insulting Chinese for “copying American New Year” by celebrating Chinese New Year was bad enough. Granted you were only 14 years old then. Three years later, it appears you have not learnt your lesson.

Good luck, now that you have incurred the wrath of a mourning nation. When you have children, the last thing on your mind may be to travel. Yet, this brilliant mind…
byCarrie Er 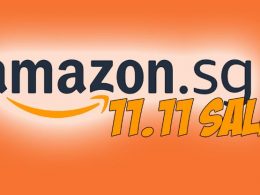