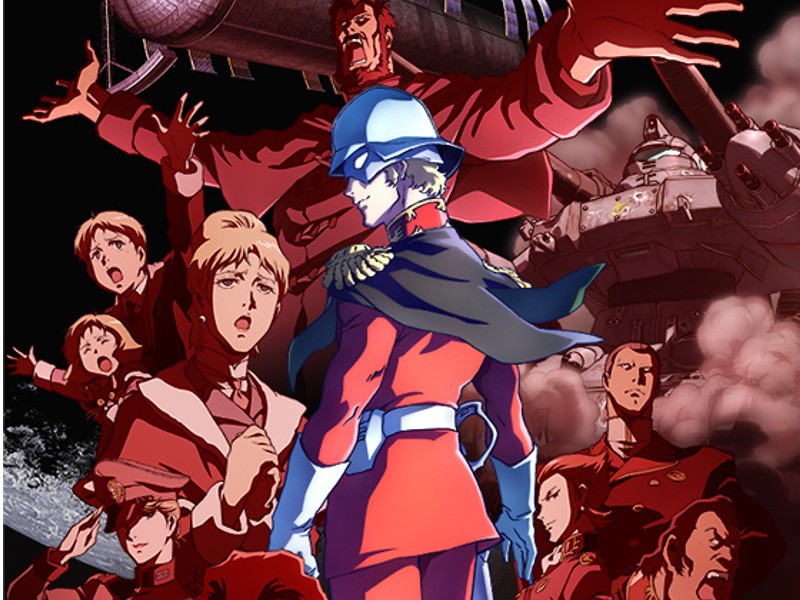 The long awaited updated origins of the mecha phenomenon that has inspired legions of spinoffs and adaptations worldwide is finally here.

Golden Village Singapore joins the celebration of the Gundam’s 35th anniversary and will be screening the first of the highly anticipated four Original Video Animations (OVAs) on the same day as Japan!

Fans can expect to be dazzled and awed by the resplendent action sequences, moving story development and most of all, be united as one to witness the journey of one of the most iconic characters in the gundam-verse. Beyond the stunning battles and visionary technologies, is the telling of human struggle and inner conflict, finding meaning in fighting and protecting what you love. 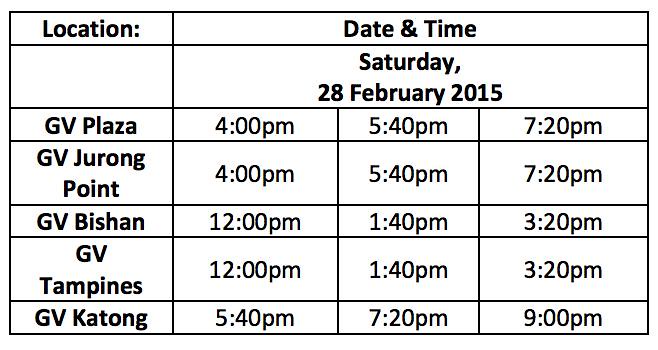 Universal Century 0068, Side 3 – The Autonomous Republic of Munzo.

Zeon Zum Deikun, preaching the reformation of humanity through advancement into outer space, has been attempting to declare Munzo’s complete independence from the Earth Federation government.

Suddenly, he collapses and dies in the middle of a speech to the Diet.

Upon Deikun’s death, his aide Jimba Ral begins spreading conspiracy theories about the Zabi family. But despite his efforts, the Zabi family, led by Degwin Sodo Zabi, intensifies its secret maneuvering to seize control of Side 3.

As we witness for the first time the untold chaotic history of the Universal Century, Casval and Artesia,
Deikun’s orphaned children, must face destinies just as tumultuous as the era itself.

Good news for our readers! In a special collaboration with GV, we have 5 pairs of tickets to giveaway for this movie!

Five winners will be selected based on the best comments and will be notified within the same day.

sergeant gordon
February 25, 2015 at 11:12 amI deserve it as my real name is actually Gordon Casval Ho. My father named me after the bad-ass that is Char Azanable, the title character in this movie. And my favourite colour is Red.Facebook Name : Gordon Casval Ho
REEVE TAN
February 25, 2015 at 12:03 pmI’m a vivid gunpla modeler for a very long time. If gundam is going to celebrate their 35th anniversary. It cannot go on without me. And also being a part in Singapore’ gundam modeling community for so long. I think I deserve to win the tickets to this awesome movie.facebook name: Reeve Tan
Raiden Lim Wei Hong
February 25, 2015 at 12:36 pmIm a gunpla modeler & collects lots of mono-eyes. i hope that i could win the ticket because i really love those mono eyes mobile suits in this movie which looks damm cool!facebook name: Raiden Lim Wei Hong
Min Han
February 25, 2015 at 7:36 pmErmmm im just Red Zaku II/ Char fan. :3 Didnt really like Gundam at First. But became a fan when i watched MSIGLOO:The Serpent That Vanished at Loum.They had a scene in which Gundam vs Battleship. Which became the proving ground for the New Age of Gundam.(Correct me if im wrong lol). And if im correct from the trailer. THERE IS A SCENE OF THAT!!! Really excited to watch!!! XDD

I’d love to win a pair of GUNDAM tickets because I’m a Super BIG Gundam fan; as I used to read the manga and watch the original Gundam Anime while growing up and managed to convince my parents to get me Gundam figurines for my birthday! =)

Plugging this for my alma mater, Wee Kim Wee School of Communication and Information (WKWSCI). To find out more about…
byalvinology

Last weekend, I brought Asher to the KidsFest 2014 preview at the British Club where he met some…
byalvinology