A few years ago, my friends and I were travelling to Taiwan for the first time.

We had nine days, and an infinite number of places to see and things to do.

So we planned a jam-packed schedule.

We flew in to Taipei, after which we spent more than half a day going through the treasures at the National Palace Museum.

The next morning, we woke up before dawn to catch a train to Chiayi, from which we’ll board another train to the top of Alishan, just in time for sunset.

The next day was equally packed.

After watching the sunrise, we spent a couple of hours wandering around Alishan village before making our way down the mountain by coach, and then catching the evening train to Kaohsiung.

We arrived in Kaohsiung after dark.

The next couple of hours were spent exploring the night markets and riverside areas in the city.

A few hours later, just before sunrise, we were off again, to catch the train to Hualien.

Anyway, you get the drift.

It was a very tight schedule, and other than the final two days, we did not stay in the same city for more than a day.

For sure, we covered most of the sights we wanted to see, and some of them were gorgeous.

I remember Taroko Gorge being quite magnificent, with its soaring peaks, babbling streams and almost vertical marble cliffs.

I also remember the old mining town of Jiufen being quite charming with its tea houses and quaint streets.

But I’m not quite sure I remember much of the other cities.

I mean, they were pleasant enough but they didn’t form much of a deep impression.

And I suspect it’s nothing to do with the cities, but more of how we rushed through it.

Taipei alone, for instance, is worth more than the two-and-a-half days we gave it.

And we can definitely see more in Kaohsiung if we spent more than half a day there.

But this being the case, my impressions of Taiwan remained rather hazy, until I made another trip there a few years later.

Switzerland, too, was another place I rushed through.

As you’d probably know, Switzerland isn’t the cheapest place to travel in.

Just the train pass alone cost quite a few hundred dollars, so we tried to cover the most ground in the four days which our pass allowed.

From Zurich, we made our way to Lucerne, and then Grindelwald, Jungfraujoch, Lauterbrunnen and Bern before exiting Switzerland via Lake Constance.

And once again, I’m not sure how much I really recall of each city.

I mean, I remember them being gorgeous and all, but that’s about it – a series of photo stops through Switzerland.

So do you like rushing through your travels and try to see as many places as possible?

Or do you prefer to take it slow and easy? 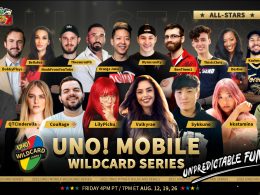 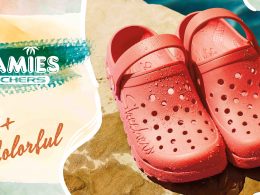