You should have been here years ago

I bet you’ve probably heard this refrain a thousand times before on your travels – that you should have been here 5, 10, 20 years ago.

And the person telling you that would then reminisce about how the place used to be before the backpacker hordes arrived, before the charming little cafe around the corner was taken over by Mcdonald’s, and before the unspoiled beaches were taken over by international hotel chains.

But to me, such whinging always sounds a tad selfish.

Who are we, mere travellers, to begrudge a community their tourist dollars and the developments (and maybe annoyances) which come with it?

I mean, entire communities/cities/countries have benefitted from tourism receipts and improved their lots in life.

That’s not to say that tourism is entirely positive.

There’s a whole host of problems related to tourism – traffic snarls, uneven development, child sex, and the list goes on – but I won’t dwell on that in this article.

However, there are indeed some places where you should have been 5, 10, 20 years ago.

Because they’ve changed beyond recognition, whether it’s by choice or not.

In 2009, I spent about three days exploring the city, which is said to be the most English city outside of England.

We strolled along the Avon River, watching the punters move their narrow wooden boats through the city.

We also admired the many gothic buildings in the city, one of which was the Christchurch Cathedral.

We climbed the 133 steps to the top of the Cathedral’s bell tower, where we had a panoramic view of the city centre.

But such views can no longer be had.

Or rather, even if we could still climb to the top of the tower, the view would still look different, for the February 2011 earthquake had severely damaged the Cathedral and caused widespread damage across the city.

I’ve not been back to the city since, but according to media reports, many heritage buildings have been damaged and subsequently torn down.

Demolition works, too, have started on the Christchurch Cathedral.

Will Christchurch emerge stronger and better after the rebuilding of the city?

Well, I certainly hope so.

But one thing’s for sure.

I mean, it was getting touristy and there were endless shophouses catering to the tourist trade – from cafes to travel agents to those selling tourist trinkets.

But it’s still far from turning into a mini-Lijiang, and just a short walk away from the tourist stretch, there were charming side streets to explore.

But if you’ve ever thought of visiting this city though, you’ve missed your chance.

A significant part of the old town was burned down this January, consumed by a blaze that lasted 10 hours and destroyed nearly 250 houses.

But changes don’t have to take place immediately.

Some places were altered over a much longer period of time.

Many settlements and archaeological sites were submerged gradually by the rising waters caused by the dam.

The steep cliffs along the Three Gorges are also said to look less majestic now that the waters have risen more than 100 metres.

And guess what, as I was cruising down the Three Gorges, a fellow passenger on the ferry I was on turned to me and said, “we should have been here years ago.”

So where have you been that’s no longer in existence or has changed beyond recognition? 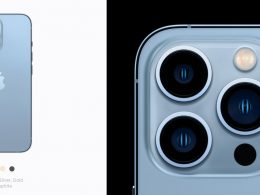 Nowadays, a myriad of products and services are available for purchases online – including aircon servicing and repairs.…
byalvinology “Bell & Ross” together with “Cortina Watch,” the distributor of luxury Swiss watches in Thailand, recently launched a…
byStaff Writer