Sitges is a lovely Mediterranean coastal town, a seaside resort some 35km southwest of Barcelona in Catalunya, Spain. During my trip to Barcelona earlier this year, I visited Sitges for a day trip, taking a train there.

It takes about 35 minutes to get to Sitges via the Barcelona Ave High-Speed train station. There are said to be 300 sunny days per year in Sitges, 26 beaches, 3 marina, 5 museums, one nature reserve and one golf course, with over 1,900 camping spaces, 29,000 inhabitants of 90 different nationalities, over 400 restaurants and shops, as well as 50 events yearly.

The beaches are beautiful at Sitges and there are plenty of attractions there. It is recognised as one of the most charming towns along the Catalan coast. Apparently, it also has one of the most vibrant and hippest gay scenes on the coast, so LGBT travelers will probably dig Sitges. I did notice many of the shops and establishments in Sitges have the rainbow flag hanging outside.

The port in Sitges, Port Ginesta has become the largest marina in Catalonia and is located at the foot of Garraf Massif. For a small town, there is a lot to see in Sitges.

Walking along the streets of Sitges, there is an old world small town feel, bustling with recreational activities:

There was an art fair in Sitges when we were there and I went to check out some of the art pieces:

One of the key historical site and attraction in Sitges is Iglesia de Sant Bartomeu i Santa Tecla. You can’t miss it – it’s the large, towering structure by the beach, overlooking the Mediterranean sea, where all activities revolve around.

The name in English translates as “Church of St. Barthlomew and St. Tecla”. Locals sometime refer to it as simply “La Punta” or “The Point”. Although a church has existed since medieval times on the same site, the present building was constructed relatively recently in the 17th Century, but retains two Gothic tombs from its previous incarnation, and also boasts an impressive organ and Renaissance-era altarpiece.

As Catholicism has dwindled in recent times, the parish church has lost some of its civic significance but it is still a popular wedding site and a great place to explore for visitors:

Next, we also visited Palau Maricel. The Maricel buildings were constructed between 1910 and 1916 and their construction transformed the face of the old town of Sitges, giving it a distinctive identity that has remained to this day.

The Maricel was the work of two unique men: American industrialist and collector Charles Deering (Paris, Maine, 1852-Miami, 1927) and the engineer and artist Miquel Utrillo i Morlius (Barcelona, 1862-Sitges, 1934).

The Maricel’s story began in the autumn of 1909, when the painter Ramon Casas introduced Deering to Sitges. The American liked the town so much that he made immediate plans to build a residence in Sitges. Yes, Deering is supremely rich. Casas introduced him to his friend Miquel Utrillo. Utrillo soon became the millionaire’s trusted acquaintance, and in 1910 mediated in the acquisition of the former Hospital de San Juan Bautista that Deering bought from Sitges Council for 40,000 pesetas.

The following year Utrillo oversaw decoration of the property, creating a stately home complete with ornamental elements from different periods and origins. On completion Deering then purchased more houses in the surrounding areas.

As an avid collector, Deering coerced his companion Utrillo to travel throughout the peninsula in search of the relics from religious and civic buildings left in ruins. The items he found were then incorporated into the facades of the Maricel.

As sudden as he had came into Sitges, one day in 1921, Deering just packed up his bags and the art he had accumulated and left the Maricel, back to the United States. Today, many of the works can be found at the Art Institute of Chicago.

On the “Noble Floor” of the Palau Maricel one can find two rooms of notable beauty: the Golden room and Blue room, each room being decorated uniquely and designed for public use:

After the tour, we had dinner at Fragata, a seaside restaurant with a wonderful view and excellent Spanish Mediterranean food:

I love the food, the views, the sights and sounds in Sitges. After the meal, the group of us felt like we could sit there forever and just lazed the day away by the beach.

Writing this post makes me want to fly to Barcelona and visit Sitges again!

To travel to Barcelona from Singapore, do consider flying with Qatar Airways with a stopover at Doha, Qatar at very competitive prices. 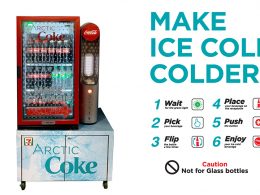 This new Arctic Coke Cooler can turn your favourite drink cold enough to be on the verge of freezing, the perfect thirst quencher!

Looking to turn your Coca-Cola, Sprite, or A&W beverage into a frozen slushy treat within seconds? Coca-Cola Singapore…
byIrone Kim 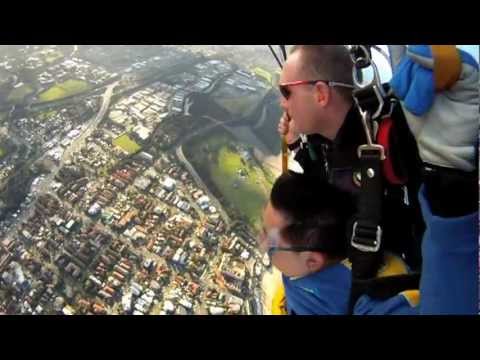 Sydney with Scoot: Tandem Skydiving with Skydive The Beach Sydney at Wollongong