The Singapore Ministry of Defense has finally decided to revise and simplify the old, complicated IPPT system that it has been using for ages.

As mentioned in my previous post, the devil is in the details. Details on the new IPPT scoring system and the detailed score charts for each of the three stations (Push-Ups, Sit-Ups and 2.4km Run) have be revealed: 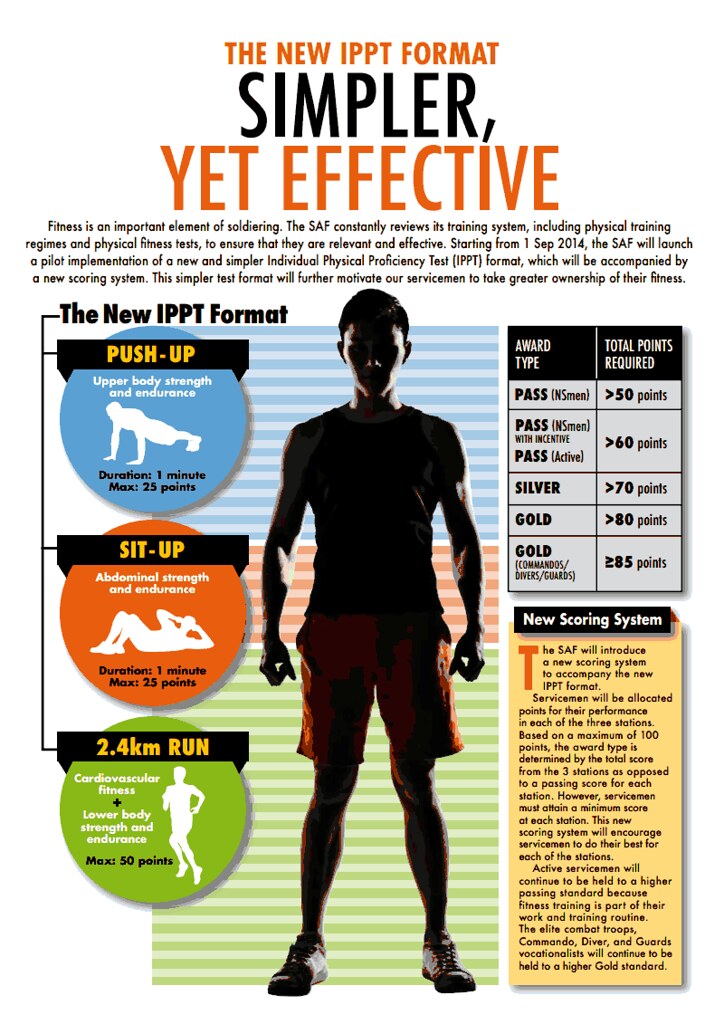 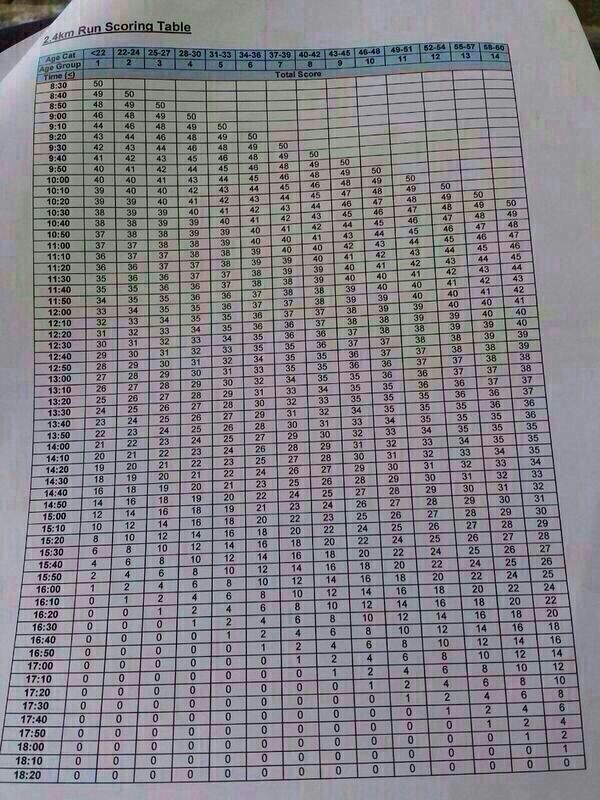 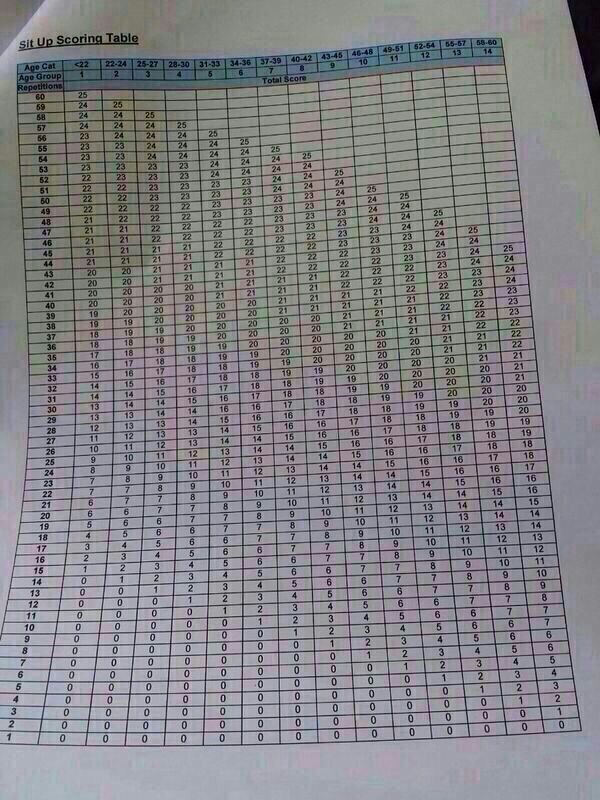 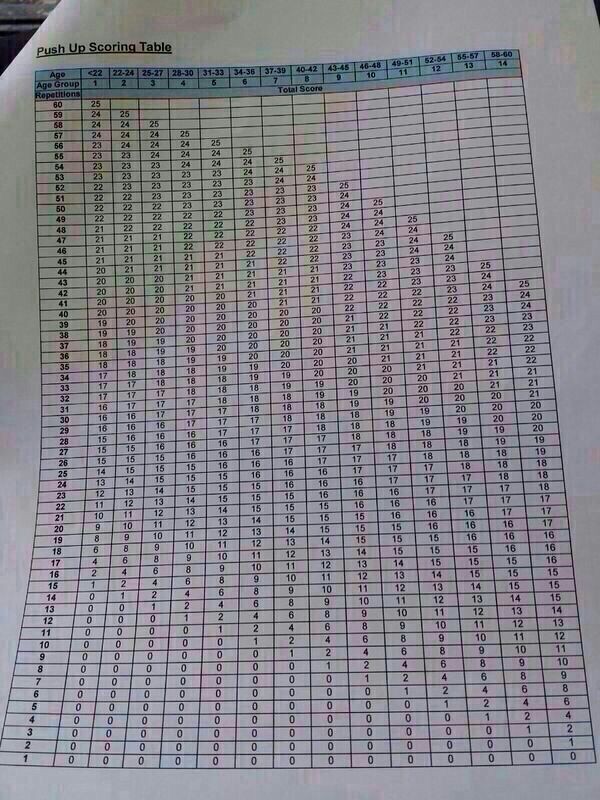 I suck at running. This means that to hit 5o points to pass, I should try to get full marks (25 points) for the other two stations. To do that, I have to complete a whopping 58 Push-Ups and 56 Sit-Ups in one minute for each station! Not easy, but definitely more trainable than the pesky Standing Broad Jump and Shuttle Run which were my killer static stations in the past.

Alternatively, I can train to hit around 15 minutes for my 2.4km Run. This would give me 19 points, leaving another 31 points to pass. That works out to about 6 Push-Ups and 9 Sit-Ups to score 16 points at each station.

I like the new system because it is fairer to older folks, especially when we are not full-time soldiers.

At the same time, I do not think it is too easy either for the young and fit to cruise by. To get the Gold award for instance, would still require full marks for both the static stations and a running time for 2.4km to be as fast as under the old system.

The old system seems to favour smaller and more agile individuals. I think this new system will be fairer to those who are bigger in size.

The F&B industry is increasingly becoming involved in matters of sustainability and waste management. Though there has been…
byIrone Kim 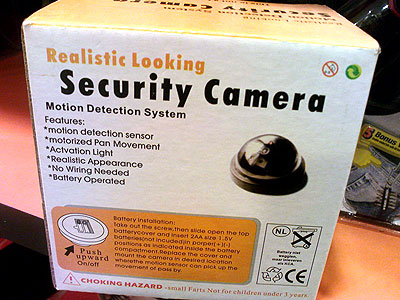 Via EDMW, posted by ElninO. Here’s a funny product you can buy at Mustafa Center for just S$4.50…
byalvinology Bali, Indonesia, Some of the places you should go 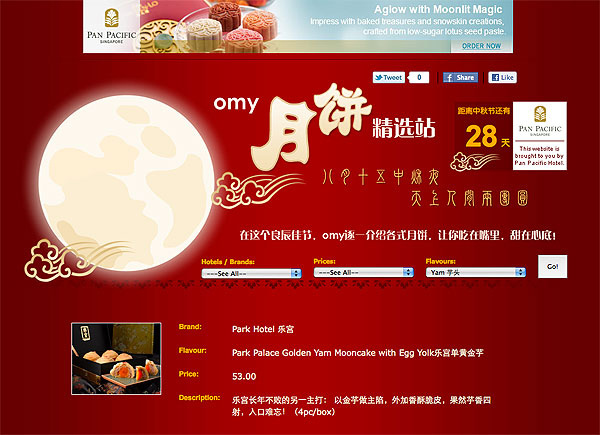 Can’t decide on which mooncake to buy this coming Mooncake Festival? Here’s a nifty website created by omy.sg…
byalvinology