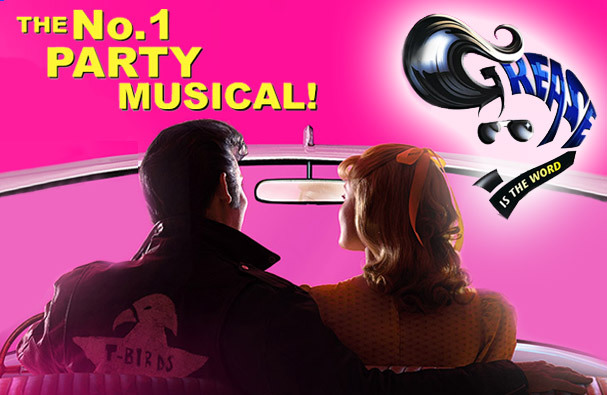 Grease is the word!

It’s got groove, it’s got meaning and it’s here in Singapore!

One of the world’s leading party musical, GREASE just blazed into town, direct from a sensational sell-out tour of Australia: 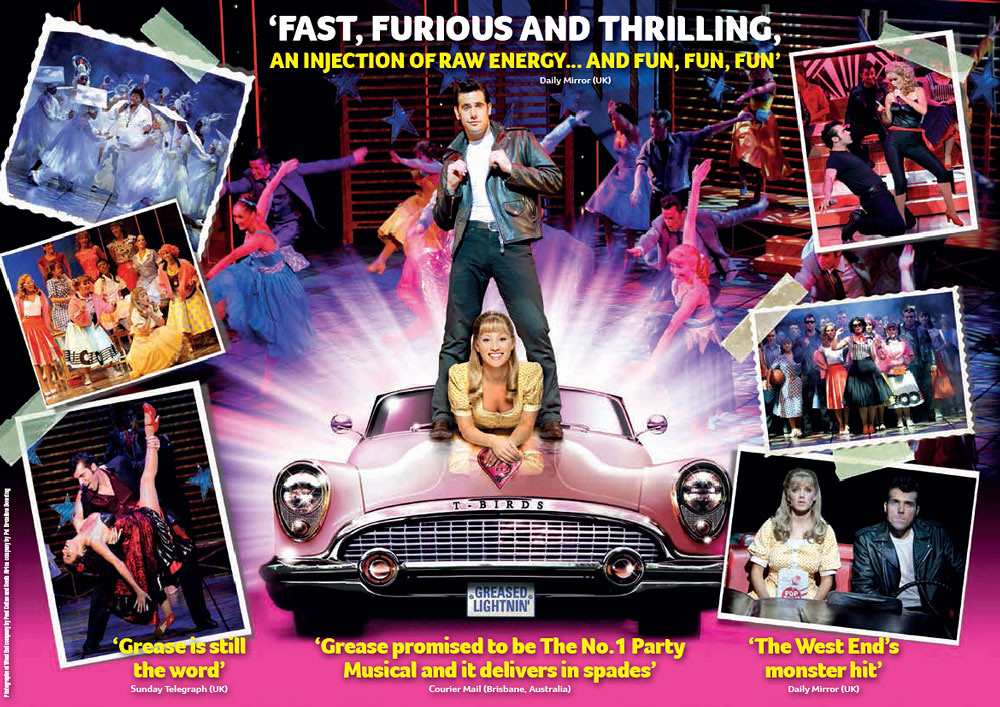 I attended the gala night performance last Friday and enjoyed every minute of the musical.

I was first introduced to Grease by the 1978 movie of the same name starring John Travolta and Olivia Newton-John. I always thought the musical was made from the movie. It isn’t, the musical came first.

The first Grease musical was written in 1971 by Warren Casey and Jim Jacobs about two two lovers in a 1950s school. The musical is named for the 1950s United States working-class youth subculture known as greasers. The musical, set in 1959 at fictional Rydell High School, follows ten working-class teenagers as they navigate the complexities of love. The score attempts to recreate the sounds of early 1950’s rock and roll.

Tame by today’s standard, the original  record-breaking Broadway production was considered a raunchy, raw, aggressive, vulgar show during its time in the 1970s. The show tackles such social issues as teenage pregnancy and gang violence; its themes include love, friendship, teenage rebellion, sexual exploration during adolescence, and, to some extent, class consciousness/class conflict.

This new 2014 multi-million dollar production is packed with explosive energy and features a spectacular international cast, super-slick dance moves, dazzling costumes and all those unforgettable songs from the movie, including Summer Nights, Sandy, Hopelessly Devoted To You, You’re The One That I Want, Greased Lightnin’ and Grease Is The Word:

This is the first Grease musical I have seen and I love it!

The cast was bursting with infectious energy, making you want to jump out of your seats and join them in their song and dance on stage.

Form start till end, it’s one hit song after another, with the audience invited to sing along. Everyone was kept so engaged that there was a standing ovation at the end on the opening night.

Discounts and Concessions:
For Corporate or Group Bookings, please email [email protected] or call ShowBiz at +65-6688-1029

The hashtag was born on Twitter on August 23, 2007, and over the past ten years, it has…
byStaff Writer Bawah Island in Indonesia is calling for guests to be the first to step onto the untouched archipelago.…
byChitra Kumar