Mr. Peabody & Sherman is an American 3D computer-animated comic science fiction film based on the characters from the Peabody’s Improbable History segments of the 1960s animated television series The Rocky and Bullwinkle Show. Produced by DreamWorks Animation, Rob Minkoff is the director. Tiffany Ward, daughter of Jay Ward, one of the creators of the original series, is the executive producer.

Rachel and I are big fans of Ty Burrell, who is better known as Phil Dunphy, the goofy but lovable father of three in the hit American TV series, Modern Family. Burrell has a deadpan voice which makes him perfect for voicing smarty pant Mr. Peabody.

Considering that the plot is based on a cartoon written in the 1960s, the film was immensely entertaining and did not feel dated:

Mr. Peabody, the most accomplished dog in the world, and his mischievous boy Sherman, use their time machine – the WABAC – to go on the most outrageous adventures known to man or dog. But when Sherman takes the WABAC out for a joyride to impress his friend Penny, they accidentally rip a hole in the universe, wreaking havoc on the most important events in world history. Before they forever alter the past, present and future, Mr. Peabody must come to their rescue, ultimately facing the most daunting challenge of any era: figuring out how to be a parent. Together, the time traveling trio will make their mark on history.

First of all, ignore logic and remember you are watching a cartoon. This way, you can enjoy the film proper. Cast aside issues with space-time continuum, historical accuracies and most jarring of all, why a dog can talk like a human, let alone be super intelligent!

The film starts a little slow at the beginning to set the plot, focusing on the relationship between Mr. Peabody and Sherman as well as Sherman and his classmate, Penny.

Once the time traveling starts, it is non-stop action all the way. As cliche as the theme of time travel is, this was compensated with a slew of lovable historical characters from all over the world and their incredible dynamics with the time-traveling lead characters: 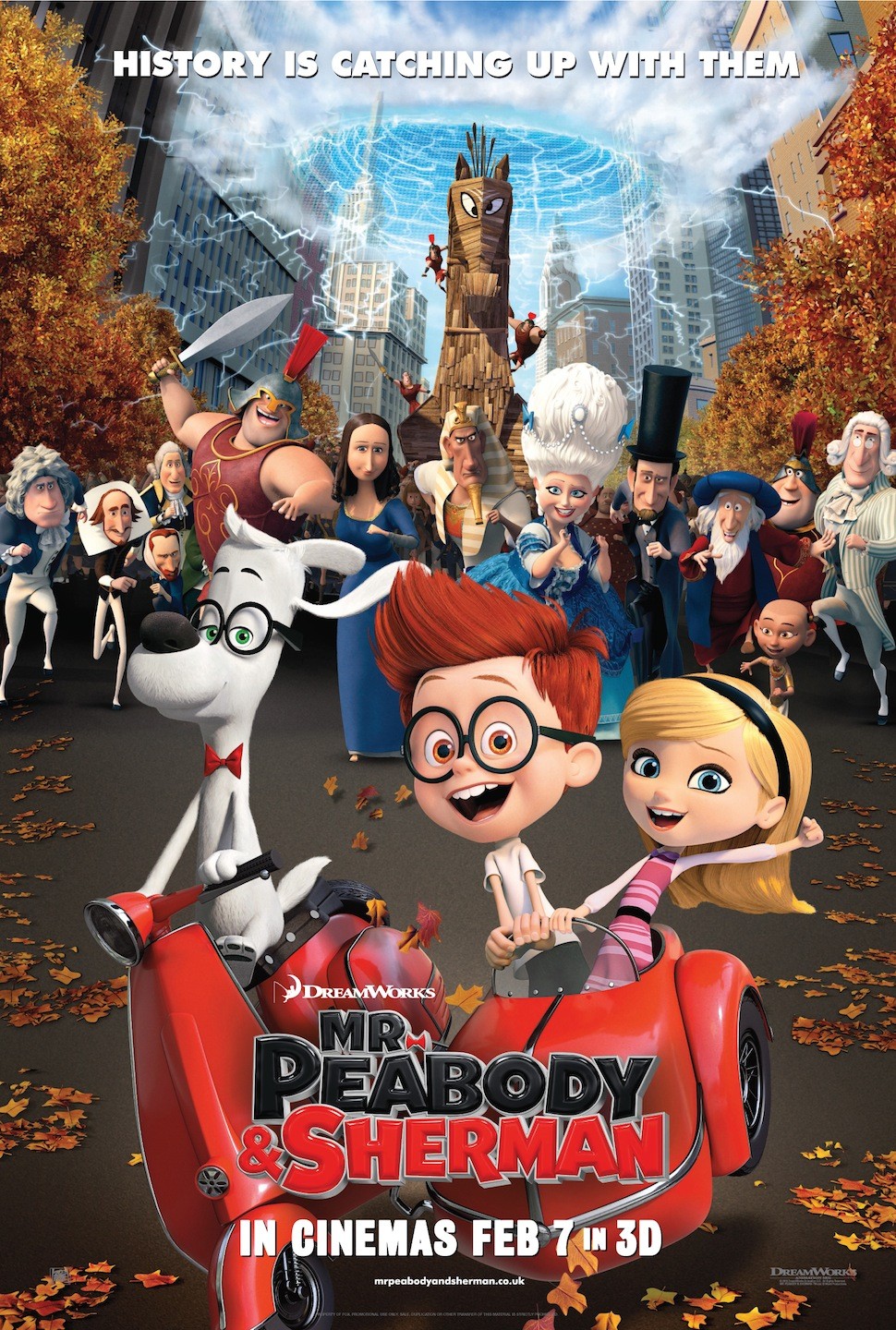 Mr Peabody & Sherman is a film suitable for the family audience. I brought my two-year son Asher to watch the preview and he sat through the whole film, laughing at some of the scenes. Hopefully, he picked up a little on some of the historical characters like Leonardo da Vinci and Einstein – at least enough to inspire him to read up history next time.

Mr Peabody & Sherman is now showing in Singapore cinemas and is available in 3D. Go catch it! Psst… go early so you can catch a short animated feature called ‘Almost Home’, a lead-in to the upcoming HOME animated feature in November. This will be screened just before the film begins. 🙂 [GIVEAWAY] Richard Clayderman – The Prince of Romance Live in Singapore 2016

Does the name Richard Clayderman rings a bell? It certainly does for me and probably others who grew…
byalvinology AccorHotels and EL Development Pte Ltd, a Singapore-based property developer, have announced they will open a new-build five-star…
byKaryn Cheong

Fly Vietjet between Vietnam and Japan for only $0 every Wednesday

Who hates Wednesdays? Well, that’s about to change. Celebrating the new route between Ho Chi Minh City and…
byIrone Kim