Andrew Lloyd Webber’s Starlight Express is ecstatic and has caught the interest of over 25 million people worldwide the moment it stepped into Singapore in 2013. Pretty sure everyone has heard of Andrew Lloyd Webber, the creator of The Phantom of The Opera – the longest-running musical in theatrical history. The musical marks award-winning sets and costumes,; unexpected roller-skate maneuvering; alongside a high-octane playlist.

The show gyrates around a cluster of toy railway trains which presented itself in the reality of a young boy’s dream. The characters compete with each other for the liking of a thrilling instructor with whom they must pair-up with so as to turn out to be the fastest engine in the world. Meet Rusty, the underdog who wins the race at last and filches the heart of a beautiful observation car, Pearl.

Below are two videos featuring interviews done with the actor and actress playing Rusty and Pearl repsectively:

Starlight Express is a 2-hour revolutionary story about love, challenge and the optimism in jeopardy with impressive 3D spectacle, turbo-charged excitement and daredevil aerobatics, performed LIVE on roller skates. The original West End production of Starlight Express has ran for approximately 18 years and astonished the theatre world in 1984.

I was on vague impression about the plot in the first place. But, along the line, I was pretty amazed by this beautiful recital; especially the exquisite voices from all the characters, their dazzling outfits and gears, eventually invoked me in keeping my interest till the show came to the conclusion. Not forgetting, the 3D effects were incredible with my 3D goggles effect on.

All the characters were new to me. One thing I am certain was that Rusty and Pearl were the most eye-catching pair among others to end the musical with the soundtrack, Für Immer. Just too lovely – the moment Rusty pinched the heart of attractive Pearl with his sincerity along the winning of the race though Pearl did not appreciate Rusty’s good bits in the beginning till she realized Rusty is the one who she should have been with. When true love emerges, there is where the fireworks sparkle. Rusty appeared to forgive her.

To know what happen to Pearl before she starts realizing Rusty is the one, tickets are now available at Marina Bay Sands, SISTIC from $65-$195 or through +65 6688 8826. The race kick started on 13 November 2013. Seize the opportunity now till 24 November 2013! You do not want to miss this spectacular story of trains, love and the RACE of a lifetime. 🙂 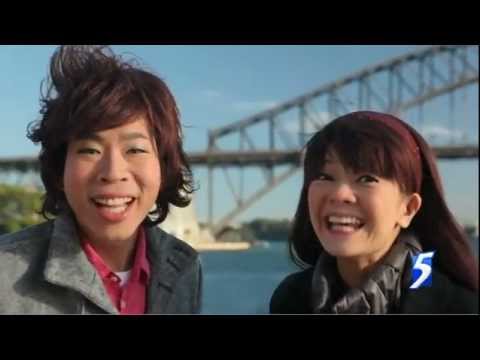 The Noose on Scoot: The Misadventures of Barbarella and Pornsak in Sydney

Remember my travel to Sydney on Scoot’s inaugural flight? I mentioned in my earlier blog posts that the…
byalvinology

This Japanese commerical is damn funny! If you buy the vacuum cleaner, your mom can transform into ultraman…
byalvinology 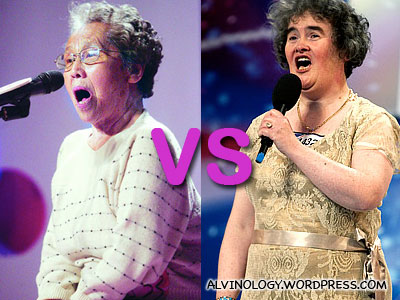 This year is the year of the grandmother singers. Following closely after the worldwide sensation caused by Britain’s…
byalvinology More than 40 music, dance, and theatre workshops available at The Capitol Theatre this year-end school holiday