On our way from Singapore to Seoul on board a Scoot  plane, the passengers were in for a little surprised, deviously conceived by the cool marketing folks at GV, Scoot Airline and Twentieth Century Fox.

Unknown to the passengers, there was an entourage from GV and Scoot, including twelve contest winners from GV Movie Club and Scoot, flying to Seoul, South Korea, to attend the Asia Premiere for The Wolverine Fans Screening, featuring Hugh Jackman himself.

Mid-flight and high up in the air, the passengers were greeted with an impromptus announcement from Singapore radio deejays, Jean Danker and Lim Peifen:

Scoot and GV Movie Club were giving away some amazing prizes by running a simple Q&A contest. Five lucky winners will each win a limited edition The Wolverine silver foil movie poster, S$50 Scoot voucher, a Scoot Blanket and other goodies. Among the five, two lucky winners will also win a pair to The Wolverine Fans Screening, meeting Hugh Jackman himself.

Here are some pictures I took of the in-flight game:

The passengers were all totally caught by surprise. Some were sleeping, but perked up and participated enthusiastically immediately when they learn about the exclusive prizes at stake.

One of the question asked was how many people did GV Movie Club flew to Seoul to attend The Wolverine Asia Premiere. Four choices were provided – 1 winner, 2 winners, 5 winners or 10 winners.

Two people got the same question wrong by answering one winner and two winners respectively. When the third person finally got the answer right (10 winners), everyone appear impressed and surprised by GV Movie Club’s generosity.

If you have not heard about GV Movie Club or am not a member yet, find out more about the club via my earlier blog post. Registration is free and there are lots of amazing perks. Sign up now!

The Wolverine is now showing in Singapore cinemas. Go catch it at the nearest GV cinema near you!

More about The Wolverine:

Based on the celebrated comic book arc, this epic action-adventure takes Wolverine (Hugh Jackman), the most iconic character of the X-Men universe, to modern day Japan. Out of his depth in an unknown world he will face a host of unexpected and deadly opponents in a life-or-death battle that will leave him forever changed. Vulnerable for the first time and pushed to his physical and emotional limits, he confronts not only lethal samurai steel but also his inner struggle against his own immortality.

Following last year’s tradition when I did a 2007 round-up with an “Alvinology Award”; here’s my list for…
byalvinology 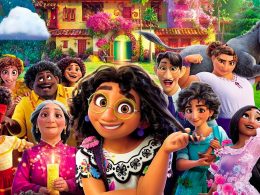