Last Friday, Casio Singapore Pte Ltd announced their inaugural sponsorship of Formula Drift star, Ken Gushi, and his team  in the upcoming 2012 Formula Drift Asia race which will see the Singapore leg flag off on 30 June 2012 at Changi Exhibition Center.

To celebrate the collaboration between Formula Drift and Casio, a limited-edition G-Shock watch, the Casio G-Shock DW-6900CB-4DRIFTDS, designed by local street brand, Flesh Imp was launched on the same day.

“Casio G-shock is thrilled to make our inaugural sponsorship to support Ken Gushi and his team in the Asian series of the 2012 Formula Drift competition, as we believe that he is a brilliant representation of the G-shock brand identity, as an up and rising young personality displaying absolute tenacity to beat the odds in his career. We have strong faith that he will be able to out do himself in this year’s race and Casio is glad to be a partner in his climb to the top spot on the podium”, said Mr Takaya Hideki, Managing Director of Casio Singapore Pte Ltd.

“I am very excited and honoured to have Casio’s support in the Formula Drift Asia race this year as I have always found the brand’s G-Shock watches to be an ideal accessory for sportsmen and those frequently on the go, like myself, as the timepieces are strong in withstanding rough situations and are known for their water/shock-resistance and durability. Their trendy and vibrant designs are also very attractive, allowing for a tough watch with practical qualities without compromising on style”, said Mr Ken Gushi, on this partnership with Casio.

Ken Gushi, armed with almost a decade of experience as a Formula Drift driver, launched his professional driving career at the age of 15 and has made his mark in prominent races such as the D1 Grand Prix of Japan and the Formula Drift Championships of the United States. Having seen his fair share of wrong turns on the race track, Ken’s stellar performance at the Formula Drift Asia series in Singapore in 2011 landed him a spot on the podium as the second runner-up and displayed his resilience as a professional driver, a quality that is reflective of the G-shock brand positioning of portraying toughness and durability.

Likewise, recognised for its strength, adaptability and water/shock-resistant qualities, the Casio G-shock complements the fast-paced and active lifestyle of Ken and his team, cementing the relationship between the brand and the drivers both on and off the race track.

To mark the partnership, a Casio G-shock DW-6900 piece, specially designed by local streetwear label, Flesh Imp, was introduced to the market for fans and collectors alike.

Keeping with the red, black and white colour theme of the Formula Drift race, the straps of the digital timepiece feature the Formula Drift and Driftpac logo prominently. Inspired by the “stickerbomb” sports culture whereby many different stickers are pasted on a car over a period of time to create a random yet one-of-a-kind design, the watch design by Flesh Imp combines elements of drifting and street culture to create a unique timepiece for the occasion.

A Casio G-Shock roadshow was held at Bugis Junction from last weekend, whereby the star-driver himself made an exclusive appearance on Saturday, 16th June. Fans had a chance to take on Ken in an arcade racing competition to win exciting prizes that included entry tickets to the Singapore leg Formula Drift Asia 2012 event!

The special collaboration timepiece, Casio G-Shock DW-6900CB-4DRIFTDS (S$178.00), is now exclusively available at Casio G-Factory store at Bugis Junction, while stocks last. Go grab yours before it’s all SOLD OUT!

For more information and updates, join the official Casio Facebook Fanpage at:
http://www.facebook.com/CasioTimepieceSingapore or visit http://www.casio-intl.com/.

G-SHOCK began with an engineer’s brief calling for development of an “unbreakable watch”, to which CASIO responded by organizing Project Team TOUGH in 1981. The team produced over 200 experimental prototypes for performance tests, spending about two years on structural development and parts enhancement. Finally, in 1983, the original shock-resistant structure was completed and this marked the birth of the first G-SHOCK model, the DW-5000C, created by Kikuo Ibe, Casio’s Research and Development Chief Engineer.

The G-SHOCK brand has enjoyed constant popularity due to its consistent shock-resistant design, distinctive shape that exudes functionality, and its robust appearance. One of the most interesting timepieces of the brand was that of the Tough Solar series, which uses solar energy to power up; making it eco-friendly. CASIO’s G-SHOCK line of tough watches perform even under extreme conditions, thanks to its unique shock-resistant construction that withstands vibration and impact.

Throughout the years since, this tough watch has raised challenges insatiably based on its inherited shock-resistant structure. G-SHOCK continues to take up new challenges beyond the limits of time and common sense. http://www.world.g-shock.com/

Formula Drift is the first and only sanctioned North American professional championship drifting series, with the goal of expanding and developing the motorsport of professional drifting in Asia. The 1st Singapore championship in 2008 signified our desire to transform drifting into a truly global mainstay and the Asian championship provides an opportunity for local drifters to compete, hone and learn from the very best. In 2012, the Formula Drift Asia championship will take place in Malaysia, Singapore, Thailand and Indonesia. Supported by ESPN STAR Sports extensive broadcast network and event management expertise, the thrill of high-speed drifting will be showcased to millions of viewers in Asia and beyond, Please visit www.formuladriftasia.com for more information.
Based on Formula Drifting’s traditional “head-to-head battle” format, drivers attempt to qualify, in single judged runs, to be one of the 32 drivers that will enter the main competition bracket. During the bracketed “tandem battle” competitions, drivers are paired off in a head-to-head competition of skill and nerves in a championship format to determine one final winner.

Do you know about Creative 24? Creative 24 is described as “an exciting, non-stop 24-hour festival that allows…
byalvinology 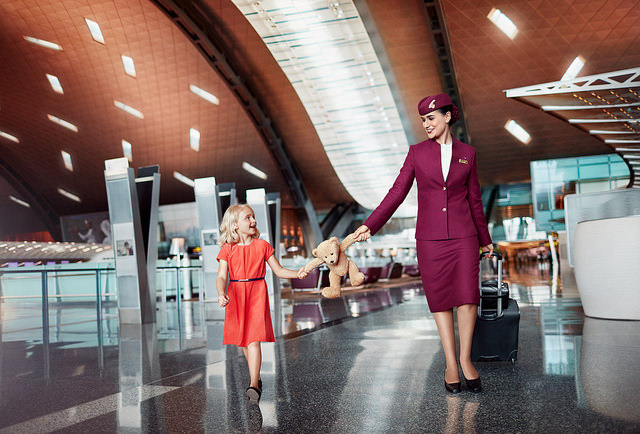 Okay it is just for one day and only for the first 15 minutes of your flight, still,…
byalvinology As the Orchard Towers murder case continues, Natalie Siow Yu Zhen thanks her supporters and well-wishers as she…
byDanielle Ann
Hello. Add your message here.
See how Snapask has been helping out over 3 million students around the world. Find a perfect plan