Fans of horror movies, are you ready for “GHOST ON AIR”? 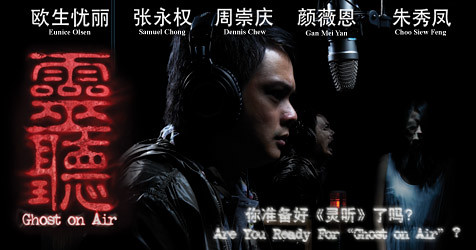 GHOST ON AIR 《灵听了》is a made-in-Singapore ghost movie, starring famous local deejay and artiste, Dennis Zhou Chongqing (周崇庆) as a spooked deejay who tells ghost stories on air. The movie is produced by Merelion Pictures and directed by Cheng Ding An.

A Radio DJ driven to desperation, resorts to telling ghost stories on air, but what if the stories were all not fiction?

“Ping Xiao, a two time “Most Popular DJ” award winner, is suddenly robbed of his successful morning show slot. Jealous at seeing a younger DJ taking his place, he forces himself to conquer painful recurring memories of his deceased girlfriend and tells the ghost stories that was written by her on air.

With each painful memory he endures, he regains a small step to his superstardom. However, as he is about to claim his reward, he begins to realize that the stories were not works of fiction, and maybe it wasn’t him telling the stories all along…”

Pardon me if this review for Ghost on Air《靈聼》is a little biased. The movie director is an old friend and is it only natural I would wish a friend’s movie do well at the box office.

I watched the movie on 30 April at the Shaw Preview Theatre during a special preview for a group of omy bloggers. We were greeted by the very sincere movie director himself, who made a surprise appearance to interact with everyone before and after the screening. You can check out the bloggers’ reviews on omy Blog Club.

In the movie, you will see the lead actor, Dennis Zhou take on a challenging dark and serious role, very different from his usual comedic performances.

Overall, I felt the production standards for GHOST ON AIR was definitely a notch above Ding An’s directorial debut, KALLANG ROAR THE MOVIE (2008).

There were some who expressed disappointment over the movie’s short 90 minutes run, for me, it was just enough. To begin with, the movie was already paced pretty slowly. If it was to run any longer, it would appear somewhat draggy for a otherwise straight-forward story line.

It’s a bad cliche to ask Singaporeans to support local movies for the sake of supporting the Singapore movie industry which is still in its infancy stage. I think we have grown beyond that. If a made-in-Singapore movie is bad, no amount of cajoling based on national pride and patriotism is going to save it at the box office.

GHOST ON AIR 《灵听》is not one of that bad movie that deserve to tank at the box office (in my opinion). Yes, there’s room for improvement for the young director and movie crew, but this movie is a pretty respectable effort.

The movie will be a treat to horror movie fans as well as fans of radio deejays, Dennis Zhou and Gan Mei Yan. For the latter group, you will get to seeing the two famous deejays test their acting skills in serious roles, beyond their usual comical appearances.

GHOST ON AIR 《灵听》will be showing in Singapore cinemas from 17 May 2012 (this Thursday). Be sure to catch it! 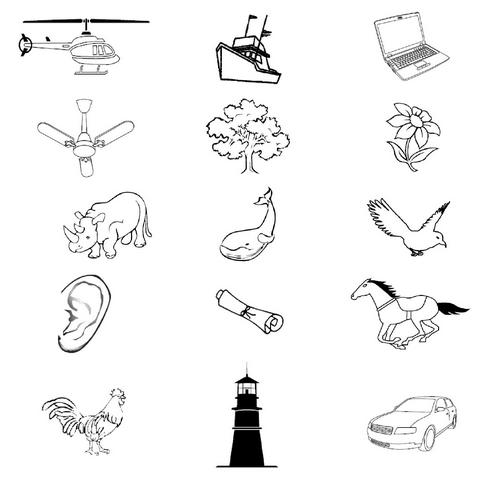 The much awaited follow-up to the 2007 blockbuster film 300, 300:Rise of an Empire is finally here! The…
byalvinology

A plug for omy.sg’s Singapore Blog Awards 2010 – a campaign I am running. The top 100 finalists…
byalvinology