A brown envelope stamped with “CLASSIFIED” came in my mail a few weeks ago. A Kre-O Optimus Prime came bearing great news:

TRANSFORMERS mania is expected to hit a new high in Singapore and the region, with Hasbro (Singapore), and Resorts World Sentosa (RWS), jointly announcing that the RESORTS WORLD SENTOSA SINGAPORE TRANSFORMERS CYBERTRON CON 2012 (Cybertron Con) will be coming to Singapore this year, a first for Southeast Asia.

Held at the Resorts World Convention Centre from 11 to 14 March 2012, TRANSFORMERS Cybertron Con will be a TRANSFORMERS brand extravaganza for fans, with different exhibits and activities that promise to bring smiles from the neophytes to the most avid TRANSFORMERS collectors and hobbyists.

Singaporeans were greeted by a surprising yet familiar sight last week as two iconic characters TRANSFORMERS, took to the streets in their pre-Cybertron Convention 2012 tour of Singapore. Autobot leader Optimus Prime and his trusted brother-in-arms, Bumblebee, arrived early into Singapore and wasted no time in getting to know the Lion City, their home for the next three weeks.

The two began their tour of Singapore with a visit to locations such as the Old Airport Road Food Centre, the market at Kallang Centre, Chinatown and even Raffles Place, stopping to rub shoulders with the locals who have made such locations a common feature in their daily lives:

Amazingly, they even had time to try out some local food fares! Very smart PR move if you were to ask me:

“Following the TRANSFORMERS Cybertron Con‘s successful inaugural convention in Shanghai in 2010, Hasbro Singapore is thrilled to share the hugely popular TRANSFORMERS brand with fans in Singapore and around the region. With the recent launch of TRANSFORMERS The Ride, and TRANSFORMERS: Dark of the Moon becoming the fourth highest grossing movie of all time at the global box office, it is a fantastic opportunity to bring this tremendous TRANSFORMERS event to Resorts World Sentosa, a destination resort that is very popular with tourists from the region” said Mr. Harland Chun, Senior Vice President & General Manager, Asia Pacific, Hasbro Singapore.

Said Mr. Dennis Gilbert, Senior Vice President of Attractions, Resorts World Sentosa: “We have had a tremendous run since the launch of TRANSFORMERS The Ride at Universal Studios Singapore. Bringing TRANSFORMERS Cybertron Con to Resorts World Sentosa is a natural step to take, considering the strong following of this global TRANSFORMERS phenomenon in Asia. We believe that the combination of the convention and the ride will complete the experience for any TRANSFORMERS fan.”

Appearing at the convention will be Mr. Hideaki Yoke (餘家英昭), who has built up a substantial fan following in his role as the lead designer of TRANSFORMERS figures in Takara Tomy:

Paying tribute to the popular entertainment brand that has taken the world by storm through its animated TV series, comic book and movie franchise, the convention will feature an extensive display of TRANSFORMERS toys; cartoon animation and video games! The event will also highlight previously unreleased artwork, as well as workshops for aspiring designers.

To showcase the history of the brand, Hasbro will present an extensive collection of historical TRANSFORMERS items from throughout the brand’s 27 year history via an exhibit. The exhibit will take fans through the chronological progression of the TRANSFORMERS brand, beginning with the classic “Generation 1‟ era. As fans proceed through, they will be able to view extensive artwork and information about characters and stories from different eras of the brand from “Beast Wars” to the most recent entertainment blockbuster movie and current “Transformers Prime” animated series produced by Hasbro Studios.

Other than the historical retrospective, TRANSFORMERS Cybertron Con will feature a wide variety of displays, interactive experiences and special events. TRANSFORMERS brand leaders and designers will also be in attendance to meet with fans and attend special events and panel discussions.

Other special events and exhibits will include:

Convention-goers can also expect to receive limited edition 2012 TRANSFORMERS Cybertron Con souvenirs while supplies last, and see premium TRANSFORMERS collectibles. Hasbro will also display the latest line of TRANSFORMERS toys and products which will be available for purchase during the convention.

Tickets for the convention are priced at S$12 for a Day Pass and S$68 for a four-day VIP Pass. To complete the TRANSFORMERS experience, a special 3D2N TRANSFORMERS Cybertron Con The Epic Battle Package – comprising hotel accommodation, a pair of one-day passes to Universal Studios Singapore, admission to the TRANSFORMERS Cybertron Con 2012, and the Maritime Experiential Museum & Aquarium (MEMA) – has also been rolled out. Guests making reservations before 1 March 2012 will enjoy S$100 off the regular price of S$988. The Battle Pass, consisting tickets to Universal Studios Singapore and Cybertron Con, are also available at S$77 (Adult), S$62 (Child) and S$48 (Senior Citizen).

Fans who wish to attend 2012 TRANSFORMERS Cybertron Con are encouraged to reserve their packages and tickets fast through the Resorts World Sentosa website, ticketing booths located at Universal Studios Singapore, RWS Ticketing and Membership Hub and MEMA, via reservation hotline +65 6577 8888, or through authorised travel agents now.

Hasbro, Inc. (NASDAQ: HAS) is a branded play company providing children and families around the world with a wide-range of immersive entertainment offerings based on the Company‟s world class brand portfolio. From toys and games, to television programming, motion pictures, video games and a comprehensive licensing program, Hasbro strives to delight its customers through the strategic leveraging of well-known and beloved brands such as TRANSFORMERS, LITTLEST PET SHOP, NERF, PLAYSKOOL, MY LITTLE PONY, G.I. JOE, MAGIC: THE GATHERING and MONOPOLY. Come see how we inspire play through our brands at http://www.hasbro.com © 2010 Hasbro, Inc. All Rights Reserved.

Resorts World Sentosa (RWS), Singapore’s first integrated resort is located on the resort island of Sentosa. Spanning 49 hectares, the resort opened in January 2010 and welcomed 15 million visitors in its opening year. RWS is home to the region’s first-and-only Universal Studios theme park, a Maritime Experiential Museum and Aquarium, a casino, luxurious accommodation in six unique hotels, the Resorts World Convention Center, celebrity chef restaurants as well as specialty retail outlets. The resort also offers entertainment ranging from its resident theatrical circus spectacular Voyage de la Vie, to public attractions such as the Crane Dance and the Lake of Dreams. Still to come are a destination spa and the world‟s largest oceanarium, the Marine Life Park. Resorts World Sentosa is wholly owned by Genting Singapore, a company of the Genting Group. For more information, please visit www.rwsentosa.com. Star Wars and Grab join Forces to give fans the chance to win tickets, merchandise and the most immersive Star Wars tour ever

This week marks the start of an exciting battle between The Resistance and The First Order, as users…
byDanielle Ann 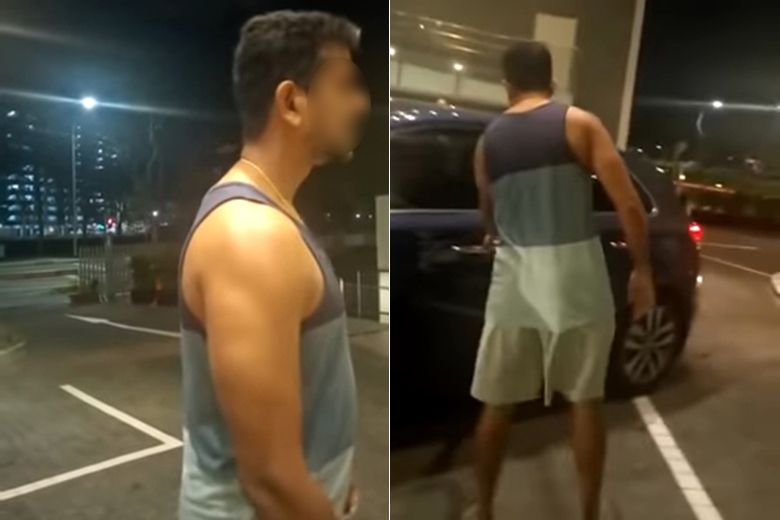 SG Enable, Singapore Airlines (SIA) and the Autism Resource Centre (ARC) announced (on 24 May) their partnership to…
byKaryn Cheong