Who are these two dudes?

They are currently in the news for the wrong reason this Chinese New Year.

Via a report in Chinese evening papers, Lianhe Wanbao today, the Commissioner of the Singapore Civil Defence Force (SCDF), Peter Lim Sin Pang, 51, has been suspended from work since last month.

Quoting reliable sources, Lianhe Wanbao stated that the case is linked to money and women. There are no further details on the case.

The Ministry of Home Affairs (MHA) said that both Mr Lim and Mr Ng are on leave for now. MHA is due to issue a statement tomorrow.

Meanwhile, let’s get to know these two important guys better through their official resume.

Mr. Peter Lim first joined the Singapore Civil Defence Force (SCDF) in 1987 as a Fire Safety Engineer. In the course of his career, Mr. Peter Lim assumed various leadership and key management appointments, including Division Commander, Head of the Operations Department in Headquarters, SCDF, Director of the Civil Defence Academy, Assistant Commissioner of the General Staff and Deputy Commissioner of SCDF.

On 20 May 2009, Mr Peter Lim was officially appointed as the Commissioner of SCDF by the Ministry of Home Affairs.

Mr Ng Boon Gay, 44, joined the Singapore Police Force in 1991 when he was awarded the Local Merit Scholarship. He graduated from the National University of Singapore with a Bachelor of Science 1st Class Honours in Mathematics. He also holds a Master of Business of Administration. In his 19-year career with the SPF during which he rose to the rank of Senior Assistant Commissioner, he has held amongst others, key appointments as Commander Tanglin Police Division and Director Manpower Department.

Mr Ng was appointed Director of the Criminal Investigation Department (CID) (刑事侦查局局长) in April 2008. Under his leadership, major crime cases solved include the murder and the recovery of a decomposed body at Lor Sesuai; the highly publicized abduction case at Chiltern Drive; the Kallang knife attacks case and, most recently the Woodlands murder case.

To fight the menace created by the unlicensed moneylending activities, Mr Ng had directed stepped up enforcement actions which resulted in the busting of numerous syndicates and arrests of close to two thousand offenders in the last two years.

Mr Ng had also played a key role in cleaning up the streets from sleaze in Singapore.

In the area of development, Mr Ng has reviewed and enhanced the capabilities of the CID crime and technology forensic capabilities to better support investigations.

As a staff authority in investigation, Mr Ng had reviewed and proposed changes to the set up of the Investigation Branches in the Land Divisions so as to better equip frontline investigators to deal with new challenges.

Mr Ng was involved in the recent amendments to the Criminal Procedure Code and has put in place preparation plans for its implementation.

Last but not least, Mr Ng also oversaw the setting up of the Casino Investigation Branch to deal with cases related to the casinos in the Integrated Resorts.

3 The Ministry of Home Affairs (MHA) has also decided to appoint Mr Eric Yap Wee Teck and Mr Ng Ser Song to assume command of the Singapore Civil Defence Force (SCDF) and the Central Narcotics Bureau (CNB) respectively with effect from 1 February 2012. This is to ensure leadership continuity of both organisations.

4 MHA expects Home Team officers to uphold the highest standards of duty and integrity. MHA views allegations of misconduct seriously. The Ministry and the two Home Team departments and relevant officers will continue to give their fullest assistance and cooperation to the CPIB in its investigations.

5 As investigations are ongoing, MHA is unable to comment on the details of the case. The investigations will establish the facts, and the officers will be accorded due process and a fair hearing in accordance with the civil service disciplinary process and the law. 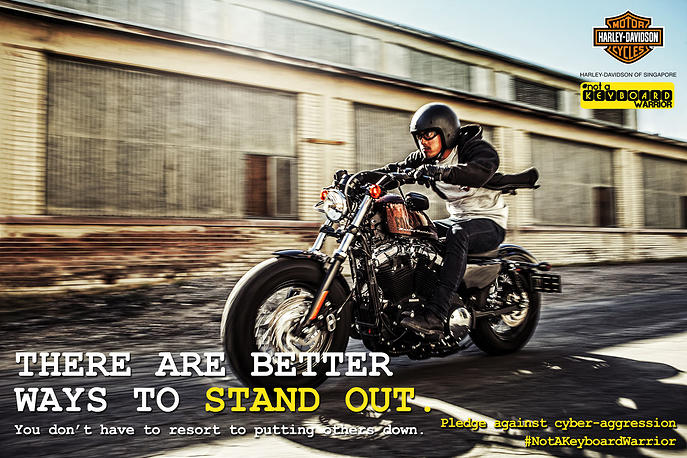 #Not A Keyboard Warrior

Tired of all the trolling, flaming, hate and bullying that goes on in our cyberspace? Support #Not A…
byalvinology