Just watch this video by the “Warriors of Goja” and be blown away:

The “Warriors Of Goja” blew away the audience of the Indian talent show Adhurs by chewing glass, breaking boards on each other’s bodies and smashing clay pots on their abs with axes, among other crazy feats. The group of Sikh men put on a stunning performance, beating the hell out of each other with wooden sticks, bending spears with their necks and even running over one of their teammate with a car and a motorbike.

At the end of their performance, many in the group were bleeding all over, on their faces, backs and arms. Nonetheless, they appeared nonchalant about their injuries and were still laughing and flashing victory signs like true warriors.

A female judge in the show looked horrified throughout the group’s performance while the other judges looked stunned beyond words.

According to International Business Times, the Warriors of Goja won 300,000 rupees, or about $7,500 SGD. However, they did not make it to the show’s finals. 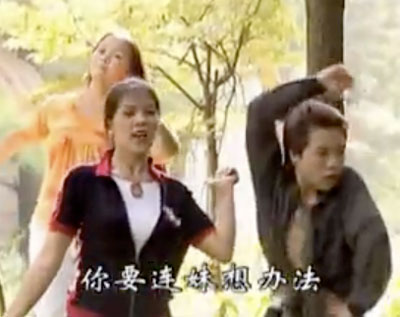 The strangest Chinese music videos I have ever seen

picture via ubergizmo Named as the Repliee R-1 robot, this robot is described to have “50 sensors, and…
byalvinology

[#STAYHOME Theatre] HERE COMES KAYA AND ROTI! “Where Are Our Friends?”, presented by The Theatre Practice

Are you running out of meaningful activities for your kids to enjoy at home during this Covid-19 period?…
byalvinology