Your Vote Is Secret. Make Your Vote Count.

This topic has been covered widely on many online articles (The Online Citizen, Workers’ Party website), newspaper and TV reports, among others.

Your vote is secret. Period.

Here’s a video of WP Chairman, Sylvia Lim, explaining on Voting Secrecy at one of WP’s rally (from 01:45 mins):

Yet I still hear many friends and fellow Singaporeans, including those who went through tertiary education saying that they have to vote for the PAP for fear of repercussions on their career or livelihood.

A simple rebuttal to this which I saw on Twitter: “Please, you are not THAT IMPORTANT”. Can you imagine a secret government department tasked to track down every individuals who voted for opposition and to ruin each of their lives individually? – eg. Mr X voted for WP in 2006, please proceed to ensure he doesn’t get a promotion this year and that his wife divorces him.

Ridiculous? I think so too, yet this is what some educated Singaporeans believe in. Sad, isn’t it?

In a mature, functioning democracy, irrational fear should not dictate how a person vote, whether it is for PAP, WP, NSP, SPP, RP, SDA or SDP.

I had a conversation with a taxi driver a few days back. The friendly uncle said his family lives in Aljunied GRC, the most closely watched GRC this election. He told me two in his household will be voting for WP (his wife and him) and two will be voting for PAP (his son and daughter, both civil servants, a policeman and a teacher).

When I queried him on how they came to this decision, he told me his kids were voting for PAP because they were worried about missing their promotion and getting punished if they voted for opposition. He and his wife, on the other hand, wanted more accountability in the PAP government.

I told the uncle that it is sad that his kids have lower intellectual capacity than their working class dad as voting is secret. He sighed.

Are you a voter like the two ignorant Singaporeans mentioned above?

If you have voted for the PAP because you believe in their policies and their track record, I respect you and salute you for having given due consideration before exercising your role as a citizen to make the choice you think is right for Singapore.

If you have voted for any of the opposition parties because you believe they can make a difference, I respect and salute you too for your choice.

This is democracy. This is active citizenry and this is what all Singaporeans should do to steer Singapore in the right direction.

My name is Alvin. I live in Potong Pasir. I am proud to be a Singaporean and hence I vow to carefully consider the proposals and election pledges put up by both Sitoh Yih Pin from PAP and Lina Chiam from SPP before casting my vote.

I am sure both of them would want to have won my vote because I believe in him/her as my representative in Parliament, not because of irrational fear.

Quoting from the PAP: “Vote wisely.”

Quoting from Chen Show Mao from the WP: “Singapore, don’t be a cowardly lion.”

Please pass this on. 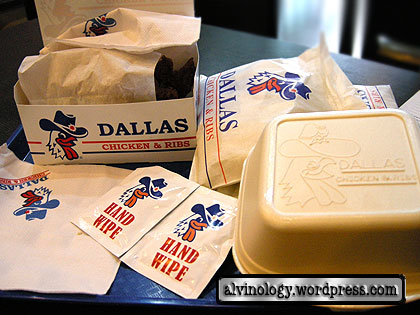 People all over the world are worried as the Wuhan novel coronavirus continues to spread, and more confirmed…
byAngeline Rodriguez

Recently, Rachel and I got the new Fuji Xerox’s DocuPrint M265z for our home use. We also tried out…
byalvinology