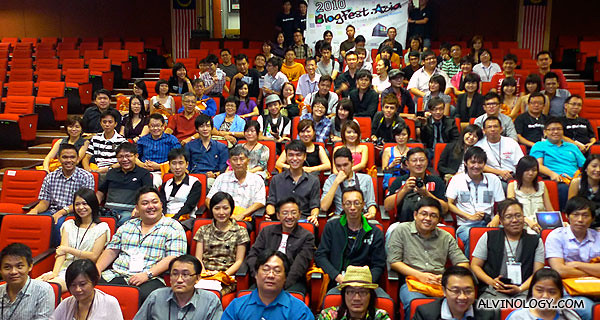 On the second day, the two days conference for Blogfest Asia 2010 was to commerce. After a quick, light breakfast at Hotel Malaysia, I caught the shuttle bus provided by the organiser to Wawasan Open University.

I met up with Silver and Siew Kian there and we sat through the opening sessions in the main auditorium together. An estimated audience of over 300 bloggers attended.

First up was the keynote address by Mr Peter Herford, Cheung Kong School of Journalism and Communication, on “Changes”, particularly on technological advances.

The Chair-person of this year’s Blogfest, Mr Jeremiah Foo then gave a casual welcome, followed by a short introduction from one of the dean at Wawasan Open University.

The morning session rounded up by 12pm whereby we break for lunch. I have to eat quickly as I was scheduled to host a break-away session at 1pm on Commercial Blogging.

When I stepped into my assigned room, I was shocked to see a huge crowd already waiting. More people were still streaming in. Eventually, the organisers have to bring in more chairs to accommodate everyone.

I appreciate the strong show of support, given that there were two other break-away sessions going on at the same 1 to 2pm time slot.

I guess everyone is curious on how to make money from blogging. That’s a tough question to answer. I am not making money from my blog, at least not at a level which I can quit my full time job.

However, I do believe I have a compelling story to tell as I am one of the rare individuals who straddle between the dual role of marketing to bloggers (via my day job as a marketer with omy.sg) and as a blogger myself (via my Alvinology blogs).Hence I divided my presentation into two portions – the first part was on what marketer look out for in bloggers; the second part was on what bloggers can do to get oneself noticed by marketers.

After my presentation, Silver, Siew Kian and I attended a session by Malaysian blogger/radio deejay/visual artiste, 吉安 (Ji An), on public performance art. The speaker has an interesting story to share on his experience as a public performance artist, but it was not too related to blogging.

Following this session, the three of us head off to get some food as we were getting a little hungry. Silver recommended us to try out the Old Town restaurant nearby.

We then shopped briefly around the area before heading back to Wawasan Open University for the dinner hosted by Tourism Malaysia as well as to attend the 2010 Mybloggercon Award (2010第四届《大馬中文部落格祭》) after dinner.

There were some cultural performances on showcase during dinner. Food was served, hawker fare style.

Mybloggercon Award started at around 8pm. It was an eye-opener for me as the award was run by a committee made up of volunteers from different part of Malaysia. In Singapore, the Singapore Blog Awards is ran as a commercial entity by omy.sg. I cannot imagine trying to get Singaporean bloggers to volunteer and help out.

Rounding up the day, Silver, Siew Kian and I went for super again at Old Town. I then took a cab back to my hotel to tuck in for the night, after accompanying the two ladies back to their hotel. 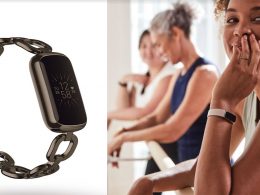 All Hail Patricks! All names starting with “Pat” gets $5 off ever Pint of Guinness and more rewards on St Patrick’s Day

In celebration of St Patrick’s Day, Guinness is paying homage to all the amazing Pats in Singapore and…
byIrone Kim 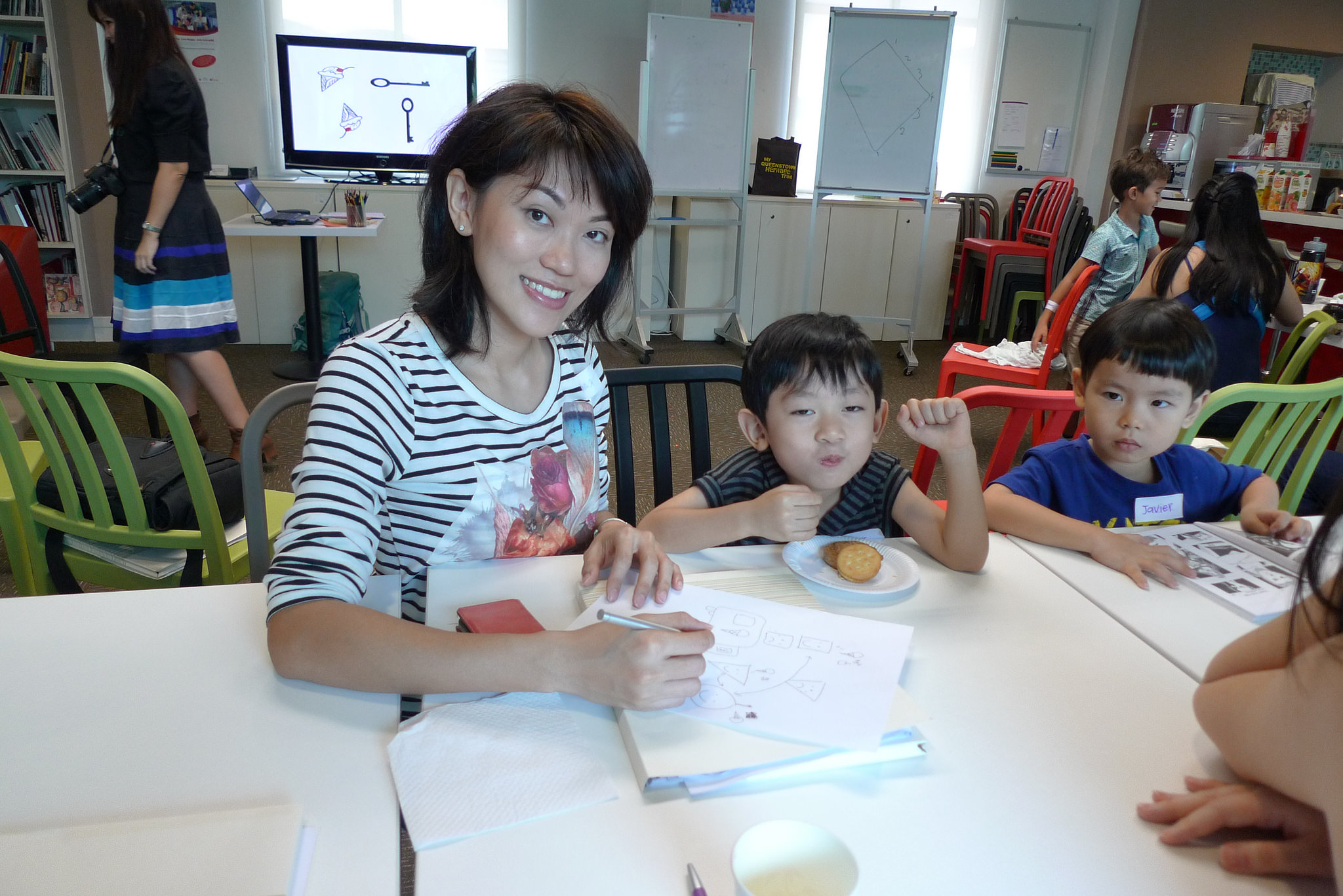